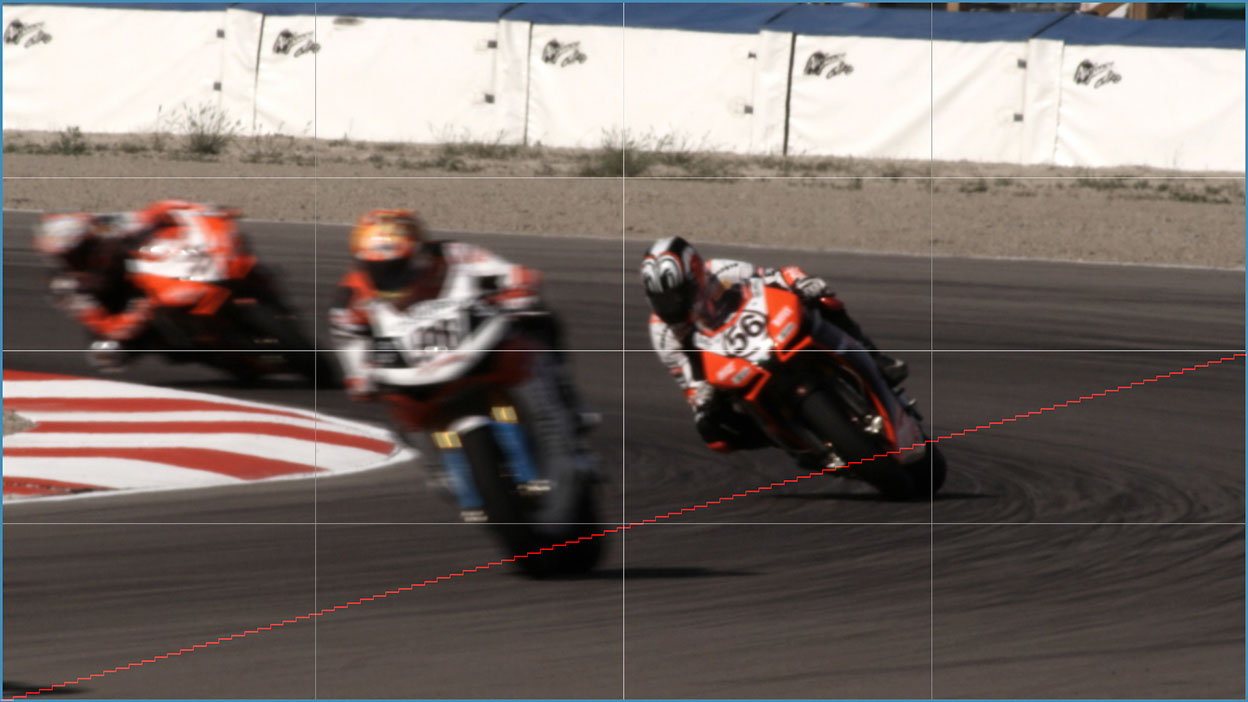 Velocity Remap allows you to adjust and animate the frame rate of a video image and to blend adjacent frames to create smoother motion effects.

The Source Layer menu sets which clip in the timeline is affected by the filter.

The Composite Curves menu allows you to composite the curve over the Source Layer or the entire composition.

The Frame Curve Parameters are preview displays which enable you to view a curve that graphs the frame in the Source Layer used to render each frame in the effect. Select the View Curve checkbox to display the time curve. Deselect this option to view the effect.

In this example, Source Start is increased to 10, moving the curve upwards along the Y axis. The curve is cut off on the far right side because the Y axis is not tall enough to show the last 10 frames of the effect. The scale of the Y axis can be changed using the Output Time View parameter.

In this example, Velocity is increased to 200, creating a steeper curve.

Input Time View sets the scale of the X axis in the frame curve. Full Effect scales the X axis to the untrimmed length of the filtered layer. 16 Seconds, 8 Seconds, 4 Seconds, and 2 Seconds scale the X axis to the corresponding number of seconds centered around the position indicator.