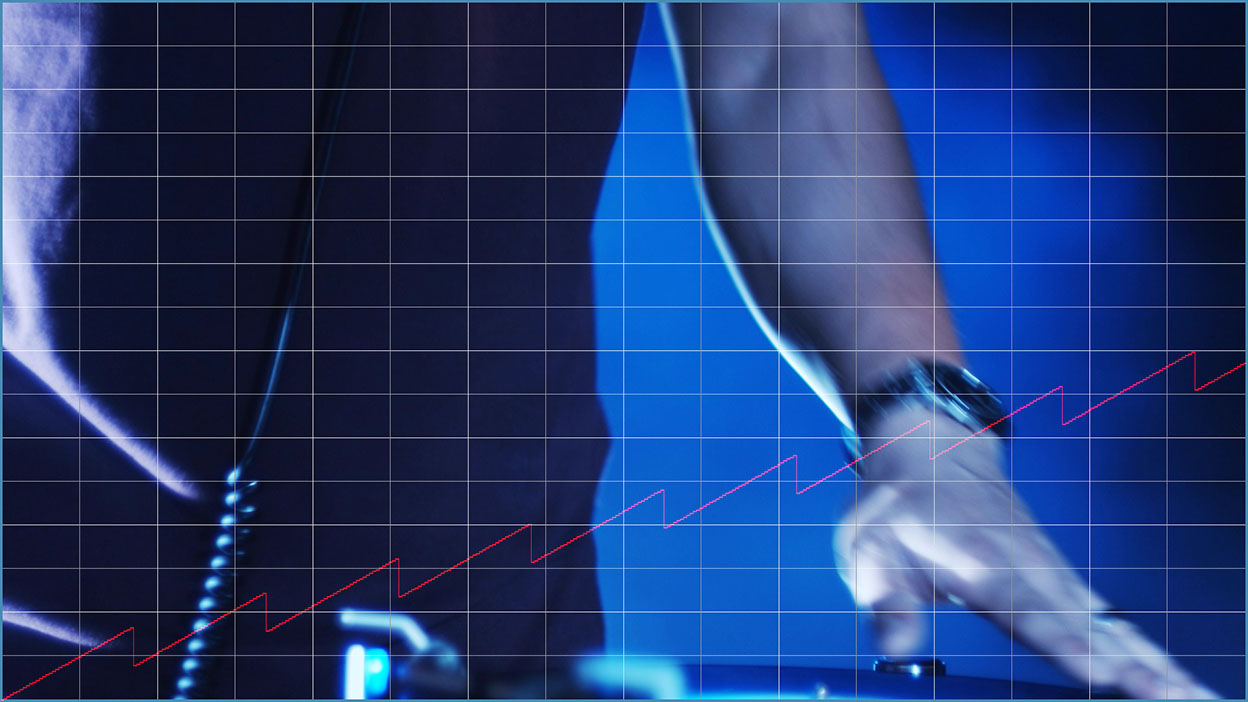 Looper allows you to quickly create looped effects. You can animate the number and duration of loops, offset the loops automatically, and create fades and dissolves between the looped clips.

The Loop Layer menu chooses the clip in the timeline to loop.

Loop Length determines how many frames are in each loop. For example, if you set Loop Length to 30, each looped clip lasts exactly 30 frames.

Increment automatically offsets the start frame of the each loop. For example, if the Start Frame is 10 and Increment is 2, the effect begins on frame 10 in the first loop, on frame 12 in the second loop, on frame 14 in the third loop, and so on.

The Fade menu creates dissolves and fades by blending the transitions between each loop.

The Frame Curve Parameters are preview display controls which enable you to view a curve that graphs the frame in the Loop Layer used to render each frame in the loop effect.

Select the View Curve checkbox to display the time curve. Deselect this option to view the effect.

In this example, Start Frame is increased to 10, moving the curve upwards. Since each loop begins on frame 10, the curve never reaches the bottom of the Y axis.

In this example, Loop Mode is set to Back & Forth. This creates a smoother curve pattern because the frame number does not drop to the Start Frame value each time the effect loops.

The Composite Curve menu allows you to composite the curve over the Loop Layer clip or the completed effect. If the View Curve checkbox is not selected, these menu choices have no affect.

The Input Time View menu controls the scale of the X axis in the frame curve. Full Effect scales the X axis to the untrimmed length of the filtered layer. 16 Seconds, 8 Seconds, 4 Seconds, and 2 Seconds scale the X axis to the corresponding number of seconds centered around the timeline indicator.