The Center crosshairs set the center point of the rays on the X and Y axis, respectively.

Intensity scales the alpha channel produced by this filter. This scales the intensity of the rays.

Ray Focus determines how much the rays are focused or narrowed. Higher values produce narrower rays.

Focus Inside Falloff softens the transition between the unfocused area at the center of the ray burst and the focused rays. Higher values produce a more gradual transition. This parameter has no affect if Uniform Angular Focus is selected.

When Uniform Angular Focus is not selected, Focus Radius sets the radius of the circle in the center of the ray burst in which the rays are less focused. Higher values produce a larger unfocused region.

As the rays extend outward beyond the Radius, they begin to fall off as their transparency increases. Focus Outside Falloff adjusts the length of the rays beyond the Radius before they become transparent. Higher values produce longer rays. This parameter has no affect if Uniform Angular Focus is selected.

Count determines the number of rays in the effect.

When the Scale Thickness to Count checkbox is selected, the ray Thickness value is scaled by the ray Count setting. This causes the rays to become thinner as Count increases.

Rotation spins the rays around the point from which they emanate.

Angular Width determines the width of the angle in which the rays appear. At the default setting of 360, the rays emanate in a full circle. A setting of 90 produces rays in a semicircle, and so on.

The Angular Splits parameters can be used to split each ray into multiple rays.

Angular Splits adjusts the number of splits created from each ray.

Split Width sets the angular distance between the split rays and the original rays.

The Split Narrows Rays menu determines how the Angular Splits value affects the thickness of the rays.

The Variance Type menu controls the type of number series used to vary the selected attributes of the effect.

Each Variance Destination has an Amount and a Skip control which appear when the destination is set to any choice other than Off. Variance Amount determines the amount of variation applied to the chosen destination. Variance Skip sets the number of elements in the sequence that are skipped before the numbers are used.

The Radial Matte controls allow you to selectively filter the image using a radial matte.

You can achieve a transition from transparent to opaque by animating Offset Radius from a negative value to a positive value. The values needed for a full transition depend on the other filter settings. Control this parameter to create a transition regardless of the other settings in the filter.

Inside Radius and Outside Radius set the radius of the inner and outer edges of the filtered region, respectively.

Inside Blend and Outside Blend soften the inner and outer edge of the filtered region, respectively. Higher values produce a softer edge.

The Apply Mode menu determines how the alpha information created by the filter is composited with the source alpha to produce an output alpha channel. You can also use this menu to preview the matte. 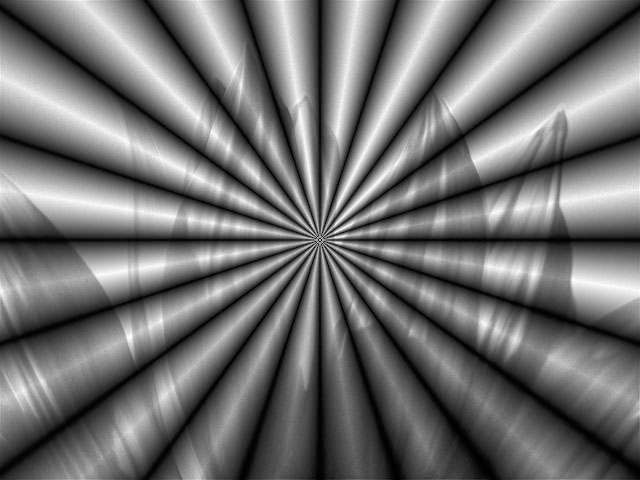 Gamma controls the value of the middle tones while leaving the white and black of the image unaltered. The Gamma parameter controls a gamma adjustment that is made to the derived alpha. Increasing gamma spreads the alpha so that the matte is more opaque.