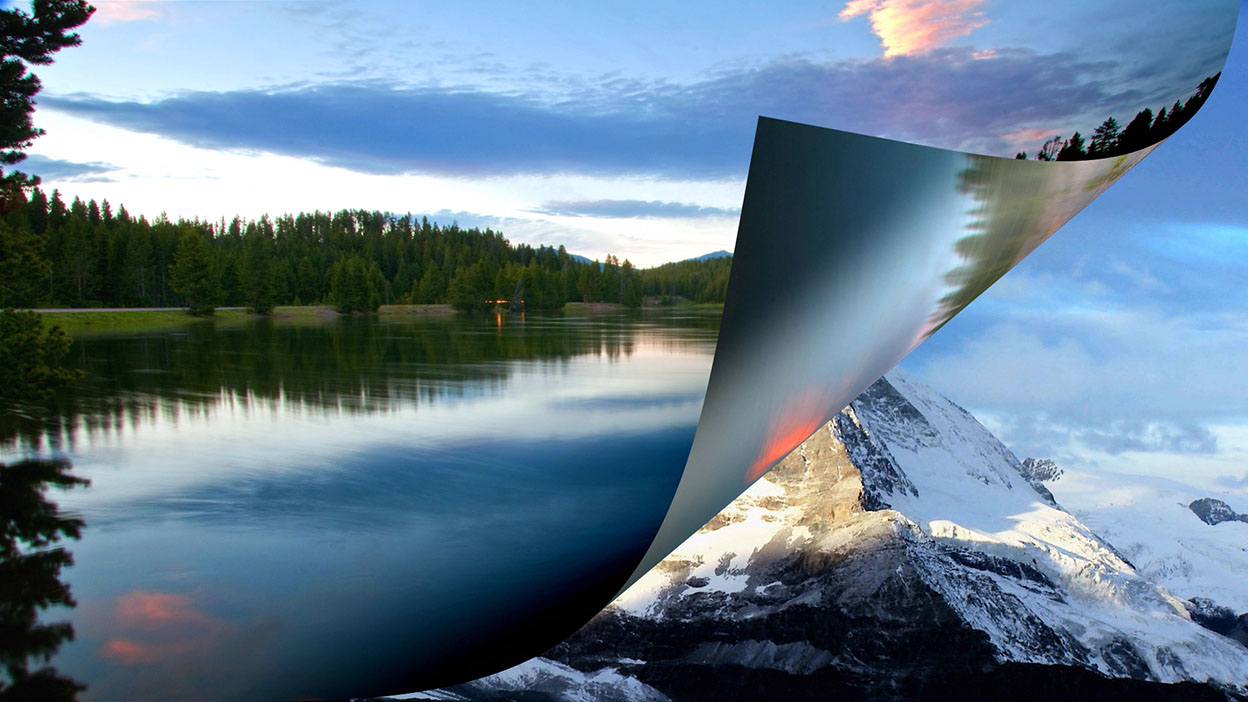 Page Turn creates a 3D model of a page turning in a book or magazine, and allows you to place media on both sides of the page.

The Animation menu controls whether the filter auto-animates or is animated manually. Choose from the following options.

In some instances Auto may result in the incoming clip reaching fully onscreen before the effect finishes. In this instance, choose Pct. Done and animate the Percent Done parameter instead of using Auto.

Offset controls the amount of the page that peels off over the duration of the effect. An Offset of 0 leaves the source image undistorted, whereas an Offset of 100 peels the page off completely, revealing the track below.

Direction sets the angle between the fold in the page and the horizontal axis.

Light adds a basic white light that illuminates the curve of the flap as it peels back. Increasing this value increases the intensity of the highlight.

Shadow causes the flap to cast a shadow on the turning page. Increasing this value increases the intensity of the shadow.

The Alternate Back menu allows you to choose a layer in the timeline to apply to the back of the page turn. None applies the source layer to both sides of the page.

Trails sets the number of motion trails which follow the page turn as it animates. If the page turn is not animated, Trails has no affect. In the following illustrations Direction is animated.