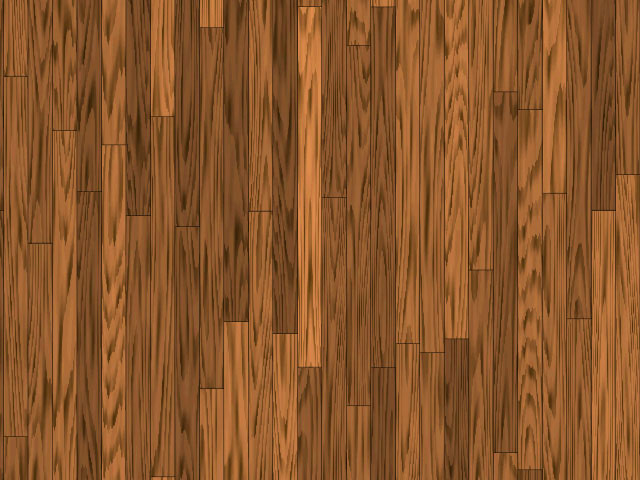 The Wood Color controls set the color of the lightest parts of the wood grain pattern.

The Grain Color controls set the color of the darkest parts of the wood grain pattern.

Color Variation adjusts the amount of variance between plank colors. As this value increases, the planks assume a wider variety of colors. Decreasing this value produces planks that are more uniform in color.

Plank Length and Plank Width adjust the size of the planks without altering the scale of the wood pattern.

Distance Apart determines the width of the grooves between the individual planks of wood. Higher values create wider grooves.

Background Opacity sets the opacity of the grooves between the planks.

Random Variance varies the random locations of the ends of the planks. This setting has no affect if Align Randomness is 0.

Position Mutation controls the pattern of the individual planks in the texture at a given point by moving through the procedural noise from which the effect is generated along the Z axis.

Opacity adjusts the opacity of the planks.

Opacity Variation varies the opacities of the individual planks. At a value of 0, all the planks are equally opaque. As this value increases, the planks appear in a wider range of opacities.

The Offset XY position parameters control the pattern of the wood grain at a given point by moving through the procedural noise from which the effect is generated.

Scale X and Scale Y adjust the overall scale of the pattern along the X and Y axis respectively. Select Lock to Scale X checkbox to keep this values in proportion.

Rotation sets the angle between the grain of the wood texture and the horizontal axis.

Noise Scale adjusts the size of the grain spots created by the Grain Noise control.

Waviness adjusts the shape of the grain lines in the wood. At a value of 0, the lines form smooth curves. As the Wave value increases, each line becomes more wavy, or jagged.

3D Bump Mapping is used to create the appearance of three-dimensional detail on a surface.

Select the Use Bump Map checkbox to turn on the Bump map. If this checkbox is not selected, the other parameters have no affect.

Light XY positions the light source in space by moving the light parallel to the image plane along the X and Y axes.

Light Intensity controls the intensity of the light.

Light Color controls the color of the light.

White in Specular increases the amount of white in the specular light. Increasing this value can create a more metallic surface effect. This parameter is only useful when Specular Intensity has a value greater than 0.

Ambient Intensity adjusts the total amount of diffuse light on the image. The default setting of 100 does not add or subtract ambient light from the source image. Decreasing this setting makes the image darker before the other lights are applied. Ambient light illuminates or darkens the image evenly, and is unaffected by any other lighting parameters.

Specular Intensity simulates lighting a glossy surface from a point source, creating a small spot of intense light whose falloff can vary. Increasing this value adds reflected light to the surface.

Bump Height determines the height of the bump map used to create the texture of the bricks.

Bump Smoothness adjusts the amount of blur applied to the bump map. Higher values produce more blur, which tends to reduce the amount of detail and noise in the filtered image.

Overall Opacity adjusts the opacity of the effect.

Select the Source Alpha checkbox to use the source alpha channel as a mask for the filter, so the texture appears only in the opaque regions of the source. If this option is deselected, the source image’s alpha channel is ignored.

The Apply Mode menu controls how the texture is composited over the source image.