NEW IN CONTINUUM 2022.5, The BCC+ Camera Shake Dissolve filter automatically animates your transition progresses with simulated camera shake and distortion to obscure the dissolve between clips. 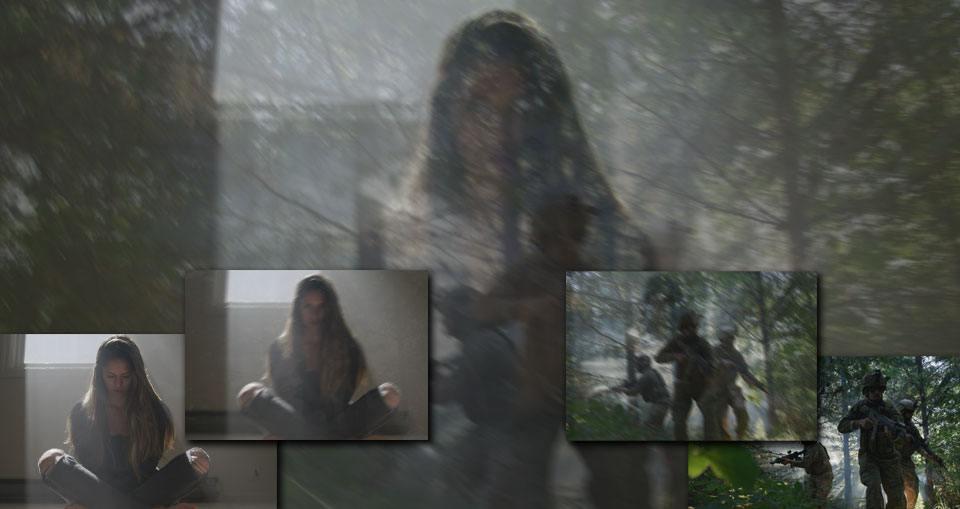 Amplitude: Used to set the severity of the shake along the diagonal axis with higher values producing a more intense diagonal movement.

Speed: Used to control the overall timing of the shake with higher values producing camera shake that appears to be occurring at a faster rate.

Scale: Used to set the amount of shake along the z axis with higher values causing the shot to zoom in and out more than lower values.

Rotate: Used to set the amount of rotation of the camera during the shake, with higher values causing the camera to rotate more than lower values

Randomize: Used to control the random seed for the shake.

Enable: Turns Motion Blur on or off. The default is off.

Shutter Angle: Determines how long the camera shutter stays open when a picture is taken– higher values create more motion blur. The range of the Shutter Angle is 0-720 and defaults to 180. Measured in degrees, it simulates the exposure of a rotating camera shutter. The shutter angle uses the footage frame rate to determine the simulated exposure. For example, a shutter angle of 180 degrees (50% of 360 degrees) for 24fps footage creates an effective exposure of 1/48 of a second. Typing 1 degree applies almost no motion blur, and typing 720 degrees applies a high degree of motion blur.

Shutter Phase: Offsets the point in time, either forward or reverse, when the shutter opens. The range of the Shutter Phase is -360 to 360 and defaults to -90.

Samples: Renders intermediate frames equal to the Motion Samples value and accumulates them, one over the other, on a single frame. The higher the number, the smoother the motion. The Motion Samples range is from 1-256 and defaults to 16.

Note:Normally, motion blur is calculated going forward, so if there is no motion beyond the end of a sequence, there won’t be motion blur on the last frame. To work around this, add an extra frame or two to the end of the work range in the Timebar and move the last transform keyframes to be outside of the session range.

Hue: Used to control the overall hue of the transition.