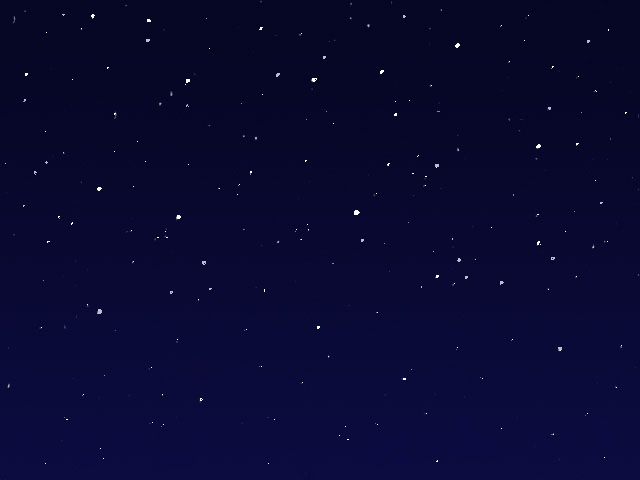 Stars is an auto-animated star generator which can composite stars over a sky color or an image layer. This filter provides control over the size, density, movement and color of the stars, and allows you to add galaxies. Stars can also use the alpha channel in any other layer as a map layer, allowing you to create skies in which stars fill a pre-composed image or logo.

Selecting the Multiple Layer checkbox composites three layers of stars over one another. The star layers move at different speeds to create a sense of depth.

The Move Type menu determines how the stars move.

Speed sets the speed of the stars at which the stars move. Setting Speed to 0 creates a stationary effect. Increasing the Speed value makes the stars move more quickly.

The Lock to Scale X checkbox locks the Scale Y value to the Scale X value in order to preserve the aspect ratio of the star pattern. Deselect this option if you want to adjust the Scale X and Scale Y values independently.

The Sky Type menu chooses how the stars are composited.

Star Color sets the color of the stars.

Sky Color sets the color of the sky background.

The Add Galaxies checkbox adds galaxies to the star pattern.

The Add Shining Stars checkbox changes some of the stars from round- to diamond-shaped.

The Map Layer menu allows you to choose a layer in the timeline to use as mask for the effect. The stars conform to the opaque regions in the map layer’s alpha channel.

The remaining parameters affect only the map layer. If no map layer is chosen, adjusting these parameters has no affect.

Blend adjusts the softness of the edges in the map layer’s alpha channel. Increasing this value softens the edges of the opaque areas in the matte.