NEW IN CONTINUUM 2022.5, the BCC+ Rays Dissolve filter creates stunning and realistic light ray effects that automatically animate in intensity and position as your transition progresses to obscure the dissolve between clips. 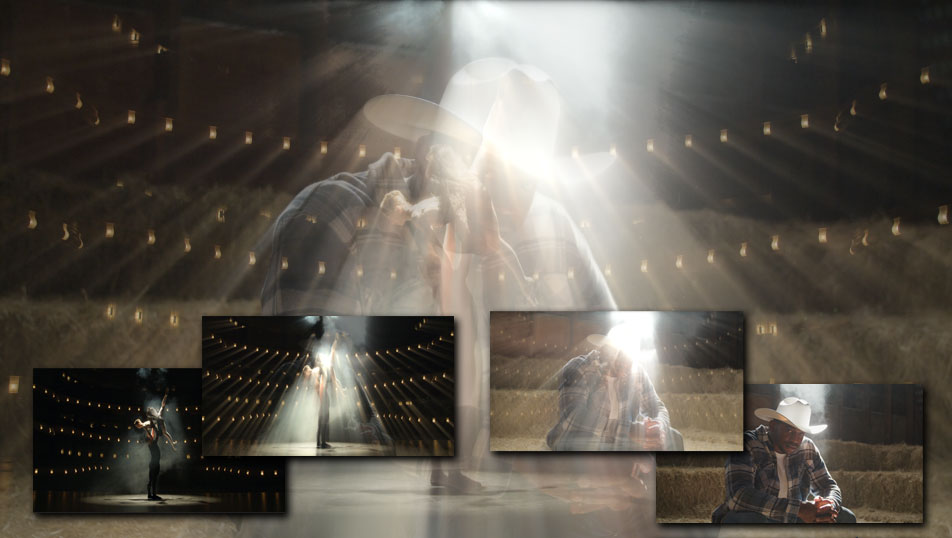 **Source Point Animation:**Contains different options for how the light source moves across the animation.

Source: Sets the static XY position of the light source when Source Point Animation is set to Source.

Source Ease: used to control the smoothness of motion as the light source travels from the Source Start to Source End.

Position: Used to move the point control in the center of the screen to change the source point from which the rays will emanate.

Brightness: Used to set the brightness of the rays. Higher values will result in more intense rays and glows.

Color: Used to set parameter sets the color of the rays through the use of a standard color picker. The default color is white.

Blur: Used to control the intensity of the blur applied to the rays. Higher values results in a more intense blur during the transition.

Threshold: Used to control the amount of rays based on a brightness threshold. Fewer rays with more definition are generated at higher threshold values.

A circular light source can be used to enhance the generation of the light rays. It is particularly useful when the image does not have strong highlights.

Size: Used to control the size of the light source. As the size is increased, the overall brightness and intensity of the effect are increased.

The texture group allows for the modification of texture to the rays, allowing for more realistic blending of the rays with the source clip.

Amount: Used to control the amount of texture. Higher vales will result in a more detailed texture.

Size: Used to control the size of the texture.

Phase: Used to control the random seed of the texture.

The shimmer group contains parameters to create randomization in the rays.

Phase: Used to control the random seed of the shimmering.