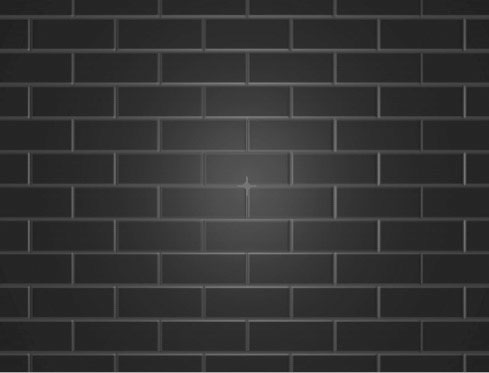 Brick is a versatile generator of tiled surfaces with realistic texture and lighting controls. The bricks can act as a filter on a layer or generate a brick surface

The Offset XY parameter determines the position of the generated bricks.

Scale X and Scale Y determine the horizontal and vertical size of the brick image. These values scale both the bricks and the mortar. To scale only the bricks, use the Brick Width and Brick Height parameters. Select Lock to Scale X checkbox to lock the Scale Y value to the Scale X value, or deselect this option to adjust each parameter independently.

Rotation spins the brick pattern around the Z axis.

Bump Height determines the height of the bump map used to create the texture of the bricks.

The Brick Color controls set the color of the bricks.

The Mortar Color controls set the color of the mortar between the bricks.

Brick Color Hue Var. adjusts the amount of hue variance between brick colors. As this value increases, the bricks assume a wider variety of colors. Decreasing this value produces bricks that are more uniform in color.

Mortar Thickness determines the thickness of the mortar between the bricks. Higher values create wider bricks.

Brick Coarseness determines the amount of bumpy texture applied to the bricks.

The Light Type menu determines the type of light source.

The Light XY controls position the light source in space by moving the light parallel to the image plane along the X and Y axes.

Light Intensity controls the intensity of the light.

The Light Color controls determine the color of the light.

The Spot XY controls set the X and Y coordinates for the point at which the spotlight is aimed. Unlike the X and Y Light controls (under the Light Type menu), adjusting the Spot parameters does not change the shape of the light.

Spotlight Angle sets the angle of the light. This is analogous to focusing the light. Decreasing values create a smaller, more focused light.

White in Specular increases the amount of white in the specular light. Increasing this value can create a more metallic surface effect. This parameter is only useful when Specular Intensity has a value greater than 0.

Ambient Intensity adjusts the total amount of diffuse light on the image. The default setting of 100 does not add or subtract ambient light from the source image. Decreasing this setting makes the image darker before the other lights are applied. Ambient light illuminates or darkens the image evenly, and is unaffected by any other lighting parameters.

Specular Intensity simulates lighting a glossy surface from a point source, creating a small spot of intense light whose falloff can vary. Increasing this value adds reflected light to the surface.

Stain Amount sets the amount of stain added to the brick surface. You can use this parameter to imitate dirt, moss, spray paint or water on the bricks. At a value of 0, no stain is visible.

Stain Smoothness adjusts the amount of blur applied to the stain. Higher values produce more blur, which tends to reduce the amount of detail and noise in the filtered image.

Stain Mutation controls the pattern of the stain at a given point by moving through the procedural noise from which the effect is generated along the Z axis.

The Stain Color controls set the color of the stain.

The Position XY controls determine the position of the layer specified in the Image Layer menu.

Scale X and Scale Y determine the horizontal and vertical scale of the layer specified in the Image Layer menu. Select Lock to Scale X checkbox to lock the Scale Y value to the Scale X value, or deselect this option to adjust each parameter independently.

Image Rotation spins the layer specified in the Image Layer menu around the Z axis.

Image Opacity sets the opacity of the layer specified in the Image Layer menu.

Select the Source Alpha checkbox to use the source alpha channel as a mask for the filter, so the texture appears only in the opaque regions of the source. If this option is deselected, the source image’s alpha channel is ignored.

Opacity adjusts the opacity of the simulated texture.

The Apply Mode menu controls how the texture is composited over the source image.  For descriptions of all the possible Apply Modes, Click Here.