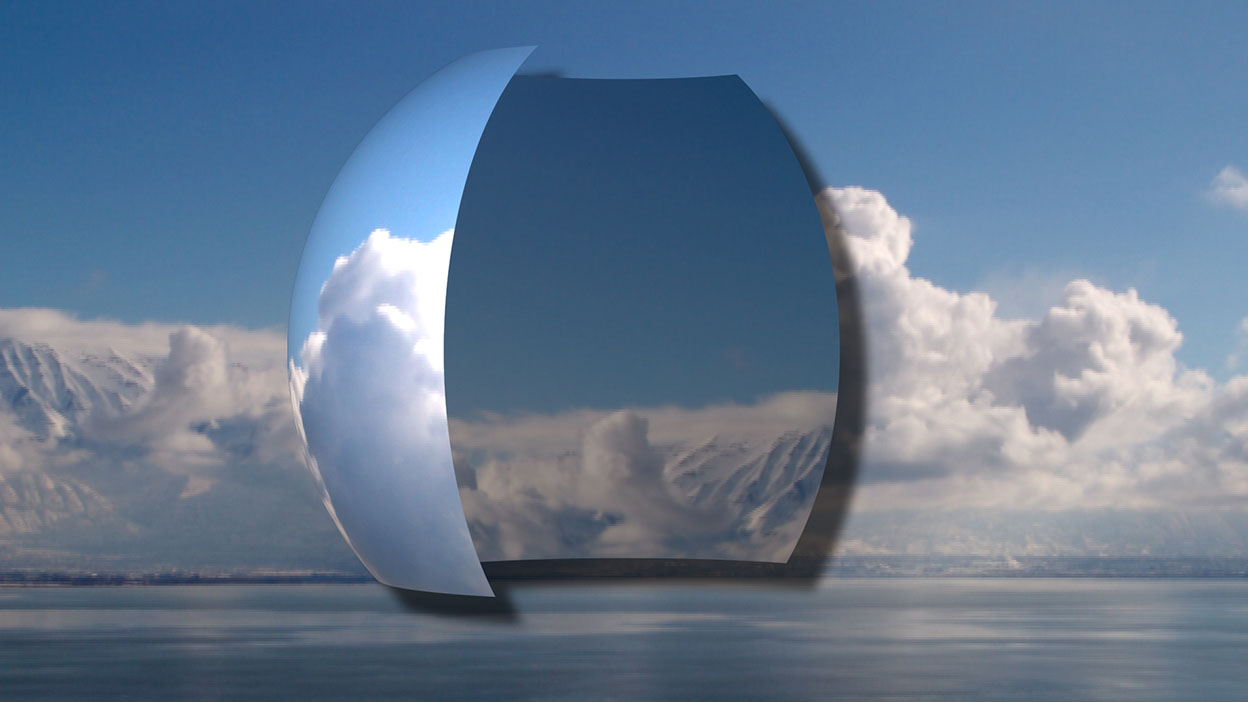 Position sets the X and Y coordinates of the center point of the sphere.

Wrap Percentage controls the extent to which the image wraps around the shape. As Wrap Percentage approaches 0, the shape is less spherical and closer to the original flat image.

A Wrap Percentage of 100 wraps the image completely around the sphere. As you reduce the value, four things happen to the physical model: the radius gets larger, the image is mapped on a smaller section of the 3D shape, the viewer’s eye moves further away, and the aspect ratio is adjusted toward the original aspect ratio of the source. The overall effect is a gradual flattening of the image as the sphere unwraps.

Perspective sets the distance between the viewer’s eye and the surface of the object. The maximum value places the viewer far away from the sphere, and the minimum value puts the viewer just above the surface. Increasing Perspective increases the apparent size of the sphere, emphasizing the part that is directly in front of the viewer. A Perspective setting of 100 makes the image appear almost flat; only the foreshortening near the edges of the circular outline of the sphere show the curvature of the shape. A Perspective of 1 emphasizes the curvature, but shows only a small portion of the source media. The default setting of 80 shows the entire surface and creates a more curved appearance.

Scale adjusts the size of the sphere.

The Source menu allows you to choose any clip layer in the timeline to map to the surface of the sphere. If you choose None, the filtered clip is used.

The Wrap menu determines how the source image wraps around the sphere.

The Faces menu determines which faces of the sphere are visible and allows you to map a separate image to the inside of the sphere.

The Crop controls crop the edges of the image. The Crop Top-Left and Crop Bot-Right set the upper left and lower right corners of a rectangle that define the borders of the crop.

The parameters in this section allow you to apply lights to the effect.

Light XY sets the location of the light source on the horizontal and vertical axis.

Light Color controls the color of the Light source.

The Drop Shadow On checkbox turns the shadow on and off. If this checkbox is not selected, the other parameters have no affect.

Shadow Distance sets the distance (in pixels) between the shadow and the image.

Shadow Softness controls the softness of the edges of the shadows. A setting of 0 produces a sharply defined shadow with hard edges. Increasing Softness produces softer edges.

Shadow Angle sets the direction of the drop shadow. A setting of 0° places the shadow to the right of the image; a setting of 90° places it directly below the image.

Shadow Color sets the color of the shadow. 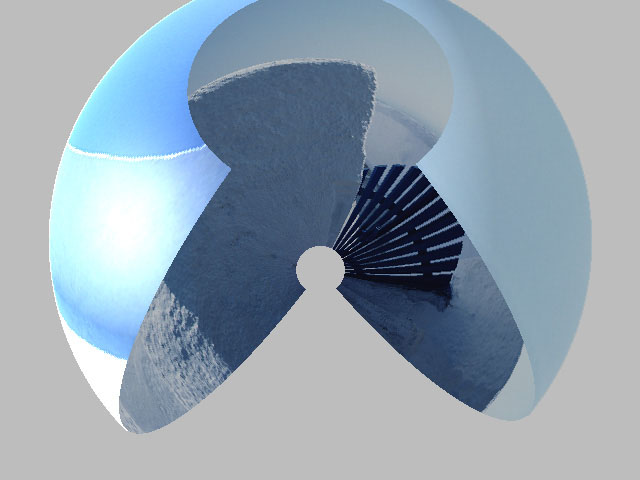 When the Unwrap as Transition checkbox is selected (the default), unwrapping the shape modifies the scale and rotation controls so the fully unwrapped image is the original source. When it is unchecked unwrapping the image does not affect the scale or rotation.