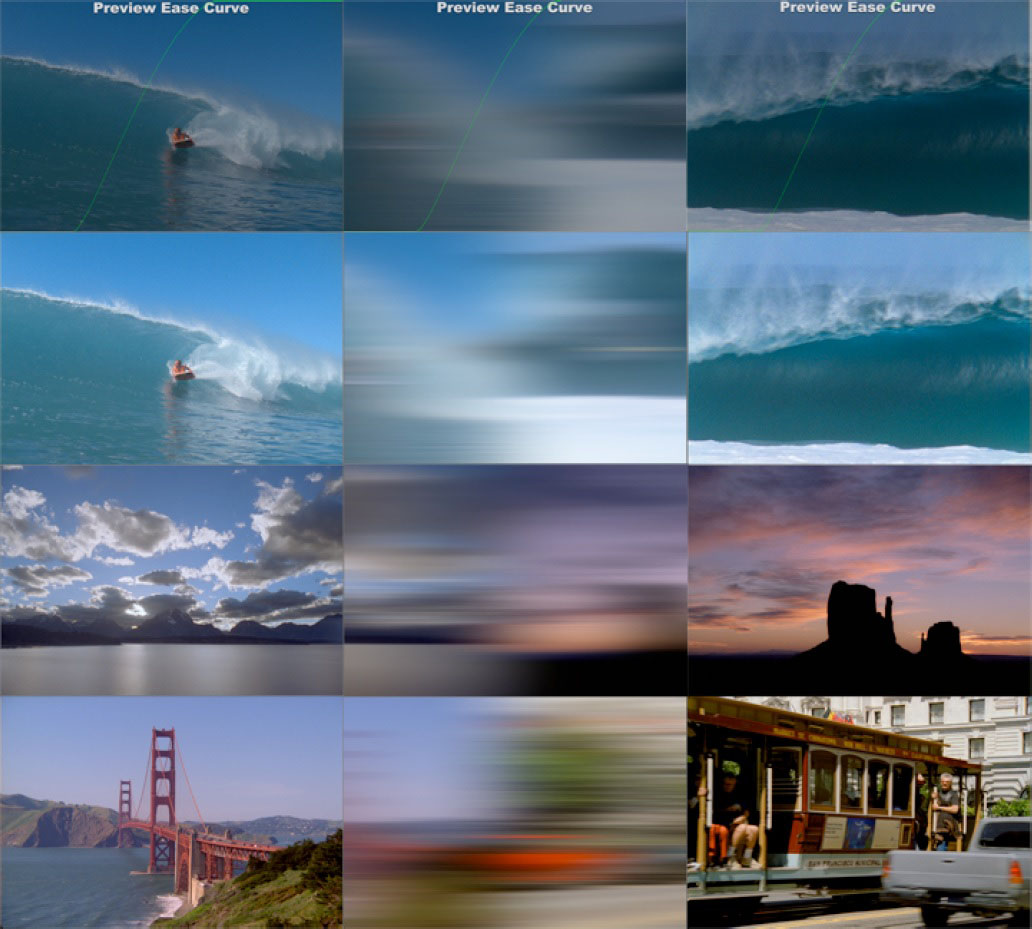 This transition filter enables you to create fast camera-pan style transitions between clips. The filter is fully automated in some NLE host environments, such as Avid or Apple, and also includes full manual override controls. Like all of the other filters that are included in the transition category of effects in BCC 6, the Swish Pan filter includes user controls for the velocity of the pan with on-screen display of the ease-in and ease-out curve.

Layer to Reveal pop-up: Sets the clip to be used as the incoming media for the transition effect.

Pan Direction pop-up: 4 way selector that sets the direction of the pan

Use Colored Background: Whether or not the result is composited over a solid background color or whether instead any transparency introduced by the Separation control is allowed to remain in place.

Background Color: Controls the color of the solid background when Use Colored background is enabled.

Blur: Controls the peak amount of blurring at the midpoint of the transition.

Separation: Controls the amount by which the two clips (incoming and outgoing) overlap.

Motion Blur: Amount of blur in the direction of motion of the pan.

Perpendicular Blur: An optional blur normal to the direction of motion of the pan.

Blur Mix With Original: Blends the Blur effect back into the original clip

Ease In:  Control how quickly or slowly the effect amount increases at the beginning of the transition.

View Ease Curve:  (Only visible/enabled in hosts that don’t support heads up display widgets for manipulating these controls directly on screen.)  Enable this control to display a preview graph of the the animation curves rendered into in the composite window.