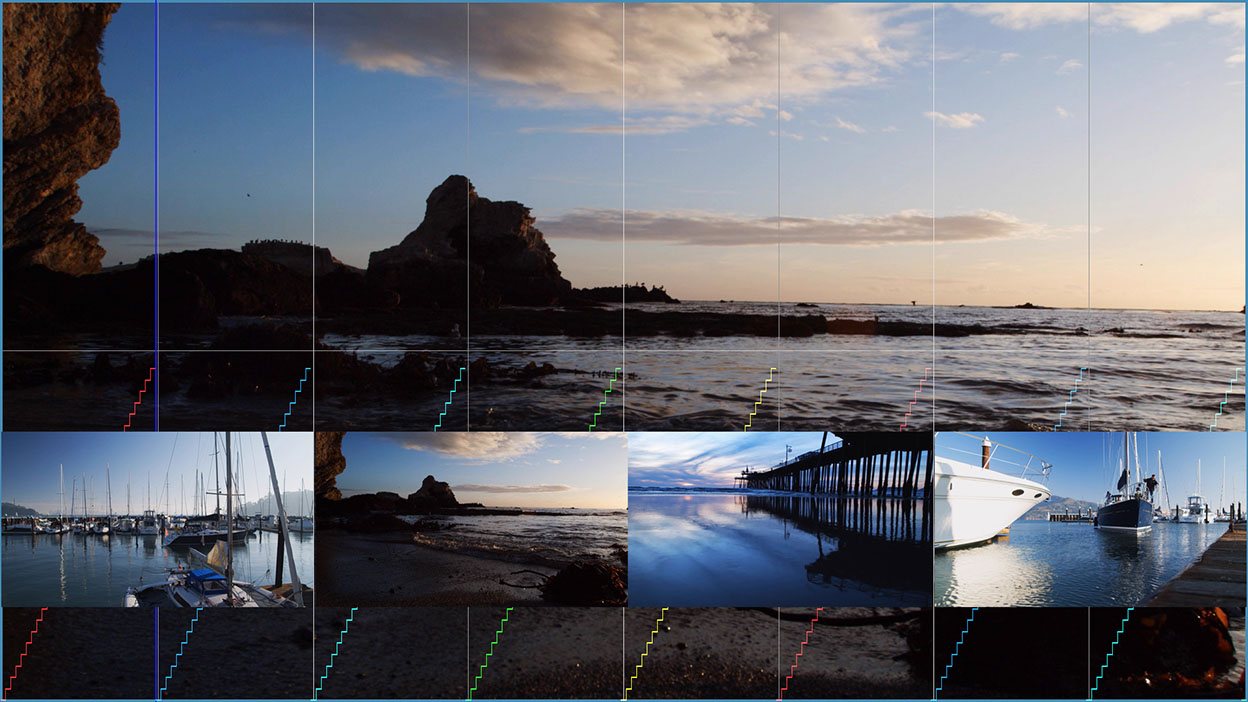 Sequencer allows you to create a looping sequence up to 10 steps long. Each step is comprised of a clip from a layer in the composition. The source layer, start frame, length, and velocity of each step clip can be controlled and animated independently.

Steps Used sets the number of steps that are included in the sequence. For example, if Steps Used is set to 3, the sequencer loops steps 1, 2, and 3 and ignores the Step 4-10 settings.

If you select the Auto Increment Steps checkbox, each step in the sequence is automatically offset by the same number of frames as its Length (see below) with each successive loop. For example, suppose Step 1 is 15 frames long and Step 2 is 20 frames long. When Auto Increment is selected, in the second loop of the sequence Step 1 begins playing 15 frames after the specified Start Frame Step 1 (see below) and Step 2 begins 20 frames after the specified Start Frame Step 2.

The parameters in these sections control the corresponding steps in the sequence.

The Layer menu selects a clip or layer in the composition to use as the step in the sequence.

Length sets the length, in frames, of the step clip.

Overlap allows you to create cross-fades within the sequence. Increasing the Overlap frames value causes the step clip to extend into the next step clip and fade out over the specified number of frames. For example, if there are two steps that are 60 frames long and both have Overlap is set to 15 frames, the render is be a loop of 120 frames. Each step in the sequence dissolves into the nest over 15 frames.

Selecting the Frame Blending checkbox enables frame blending in the step. The Status menu determines whether the step appears in the sequence.

The Frame Curve Parameters are preview controls which enable you to view a curve that graphs the frame in each Step Layer used to render each frame in the sequence.

The Composite Curve menu allows you to composite the curve over a black background or the completed effect. When you use the Draft Only options, the curves are not visible in the rendered effect. However, you must preview in Draft mode in your host application for these options to display. When you use the Render options, the curves will appear in the rendered effect.

The illustration below shows a frame curve for a 3 step sequence. The vertical blue line represents the current time. The X axis represents time (measured in frames), and the Y axis represents the source frame number. In this effect, each step’s Start Frame is 0 and each step’s Step Length is 10. The first frame in the effect corresponds to frame 0 in Step 1. This point is represented by the far left point on the first red curve. As the effect progresses and the source frame in Step 1 increases, the curve climbs. When the effect reaches frame 10 in the Step 1 source, Step 2 starts playing. Step 2 is followed by Step 3. Because the sequence includes 3 steps, after Step 3 it loops back to Step 1. 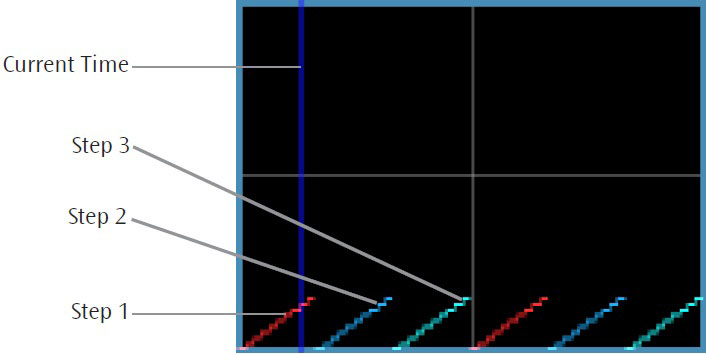 In this example, Start Frame Step 1 is increased to 10, moving the Step 1 curves upwards along the Y axis.

In this example, Length Step 1 is increased to 20, lengthening the Step 1 curves.

The Input Time View menu controls the scale of the X axis in the frame curve. Full Effect scales the X axis to the untrimmed length of the filtered layer. 16 Seconds, 8 Seconds, 4 Seconds, and 2 Seconds scale the X axis to the corresponding number of seconds centered around the CTI.