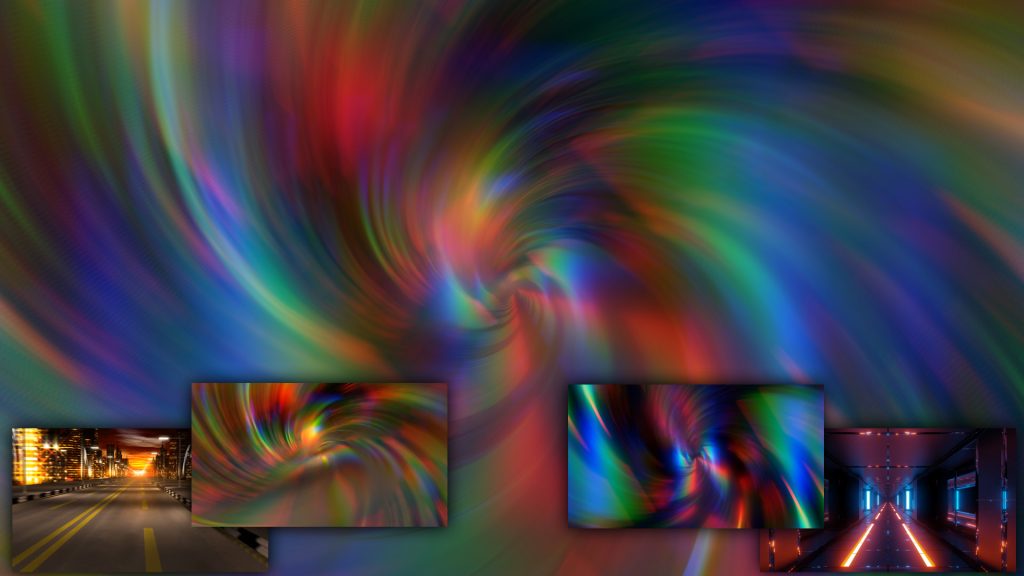 BCC Prism Dissolve can be used to simulate the photographic effect of chromatic aberration that automatically animates as your transition progresses to obscure the underlying dissolve between clips.

Depth Delta: Sets the overall change in depth between the start and end points.

Starting/Ending Sets the Start and End points for rotation along the Z Axis.

Rotation Center: Sets the center point around which the image will spin along the XY axis.

Sample Count: Sets the amount of copies of the original used to create the effect. the upper limit of 100 generates a smooth result. Starting- sets the start point of the zoom effect.

Short Color: Sets the color of the short color waves. The default is blue.

Mid Color: Sets the color of the medium color waves. The default is green.

Long Color: Sets the color of the long color waves. The default is red.

Mix With Original: Blends the effect back with the original unfiltered clip.

Reverse Depth on Reveal: Reverses the depth settings on the reveal clip so that the effect naturally animates out.

Reverse Angle on Reveal: Reverses the angle settings on the reveal clip so that the effect naturally animates out.

Apply Prism To: Sets which layer the Prism effect is applied to.

These parameters control the overall timing of the transition.  On hosts which permit on-screen heads up display widgets (such as AE, Premiere, and Avid), you should never need to modify these sliders directly since they can be configured in a more convenient and intuitive manner by manipulating the widgets directly in your comp/preview pane.  On hosts without heads up display widgets you can use these sliders directly to fine tune your animation timing, taking advantage of the View Ease Curve option to help visualize the animation rates.

**Ease In:**Controls how quickly or slowly the glitch intensity increases at the beginning of the transition.

**Ease Mid:**Controls the rate of change of the glitch intensity (how quickly it reaches its peak amount and how long it holds there) during the middle of the transition.

Ease Out:  Controls how quickly or slowly the glitch intensity decreases at the end of the transition.