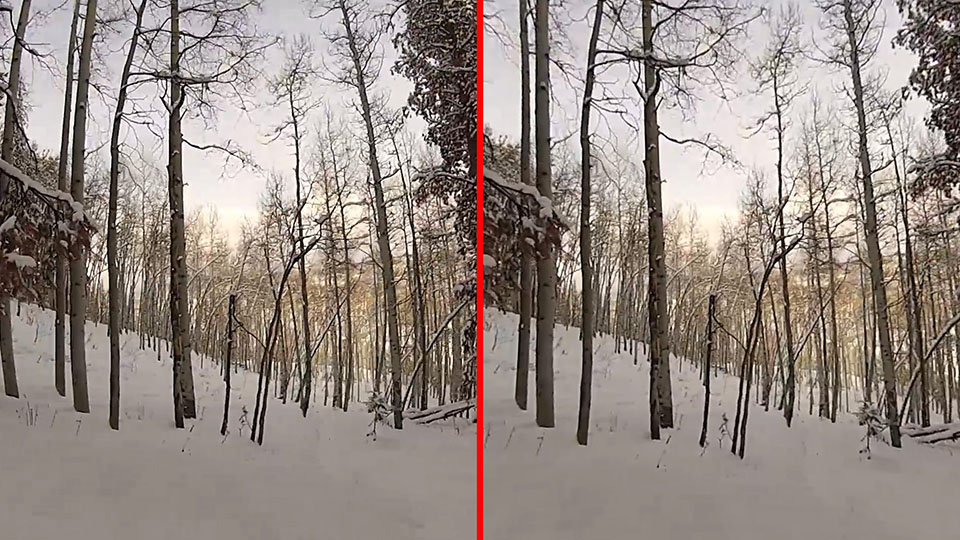 This filter was designed to reduce or remove image distortion in source image clips that were shot using a wide angle or fish-eye lens and to make simple perspective corrections.  The filter includes handy presets that were specifically designed for go-pro cameras.

The built-in load save mechanism is used to access the factory installed or user generated presets.

Scale Master:  Controls the amount of scaling/zoom applied to your clip after the distortion has been removed.  Tweaking the scale control may allow you to recover more of the original shot but at the risk of reintroducing some lens warping at the outer edges.

Scale X:  Controls a separate scale factor in the horizontal direction.  Useful in tweaking footage that appears squished or stretched after perspective correction.

Scale Y:  Controls a separate scale factor in the vertical direction.  Useful in tweaking footage that appears squished or stretched after perspective correction.

Rotation:  Adjusts image rotation around the center point to allow fine tuning of the framing/perspective.

Pan:  Adjust the framing of the final shot by translating the already corrected image horizontally and vertically.

Lens Center:  This parameter can generally be left at default settings but can be useful in fine tuning the lens distortion correction pass in situations where the lens center point (and hence the center point of the distortion) are slightly misaligned with the center of the image.