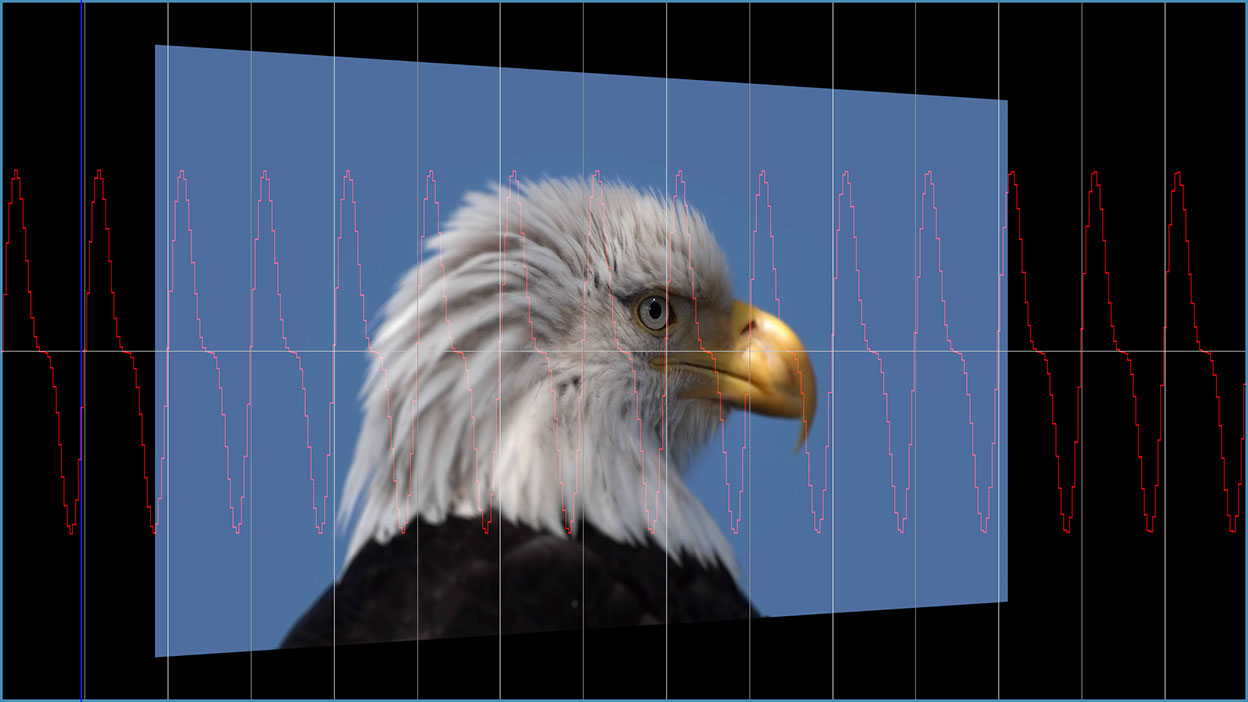 Jitter allows you to vary one or more attributes of a source layer over time, such as size, position, opacity, brightness, or contrast. Additional controls choose the type of variance used for the jittering and allow you to view color-coded graphs of the jittered parameter values.

The Jitter filter has four basic groups of controls that are used to jitter attributes of the source layer. The following steps outline the recommended usage of this filter.

The Source menu sets the layer in the timeline used to create the effect.

The Curve View menu displays a graph of the effect of the jitter over time. If one of the Jitter Shape controls is Off, that jitter is inactive and its curve does not appear on the graph. This menu setting determines how the jitter curves are represented on the graph. When you use the Draft Only options, the curves are not visible in the rendered effect. However, you must preview in Draft mode in your host for these options to display. When you use the Renderoptions, the curves appear in the rendered effect. 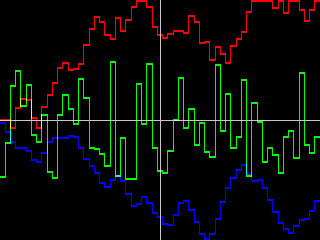 The parameters in this section allow you to view the Jitter curves as you make adjustments to them. These curves plot the values of the jittered parameter over time.

The Time View menu controls the time range shown on the graph. Full Effect displays the jitter curves from the start to the end of the effect. 16, 8, 4, and 2 display the curves for the given number of seconds after the frame specified by Scroll Curves.

Lock Scale checkbox locks the Scale Y to the Scale X value, preserving the aspect ratio of the source image as scale adjustments are made. Deselect Lock to Scale X to adjust Scale X and Y independently.

Position coordinates set the horizontal and vertical position of the source layer.

The Motion Blur Smoothness menu determines how many times the effect samples between the time the shutter opens and the time it closes. Increasing the number of samples creates a smoother blur but increases render and preview time proportionately. Choose Rough, Medium, Smooth, or Smoothest. Rough uses the fewest samples, while Smoothest uses the most.

Selecting the Adaptive Motion Blur checkbox causes the effect to take fewer samples when the source moves more slowly. Selecting this checkbox usually does not have a visible effect, but improves rendering speed.

The Jitter Shape 1 menu sets the shape of the Jitter curve. The best way to understand how these shapes affect the jittered parameters is to set an option in the Curve View menu to see the shape of the curve over time. The curves can be modified using the Timing Jitter 1 and/or Master Jitter 1 settings.

Master Jitter adjusts the intensity of the jitter by scaling all of the other jitter parameters. For this reason, each Shape Jitter curve responds slightly differently to Master Jitter. When Master Jitter 1 is 0, no jitter is created.

The effect of Timing Jitter depends on which shape is selected in the Shape Jitter menu. See the Shape menu for details.

Random Seed Jitter sets the value that is input to the random number generator used to generate noise. Adjust this value when you like the overall effect but want to adjust the random configuration of the jitter curve.

Frame Offset Jitter offsets the position of the jitter curve by the specified number of frames. Adjusting this value controls which point on the curve corresponds to a given frame.

The Destination Jitter menu selects which parameter is affected by the jitter. Destination 2and Destination 3 allow you to choose two more parameters to jitter.