The BCC+ Texture Wipe is an auto-animating transition effect that generates a luma map based texture wipe between a clip pair.

The ease in and out of the auto-transition can be modified using the included animation control group, located at the bottom of the effect controls. The luma values for the wipe can be taken from the source (outgoing) shot, reveal (incoming) shot or a mix of both (combined luma map of both outgoing and incoming clips). Also included are controls for adjusting the luma map used by the filter and a way to view the matte while making adjustments to it. A full suite of color correction tools are also included with this transition effect. 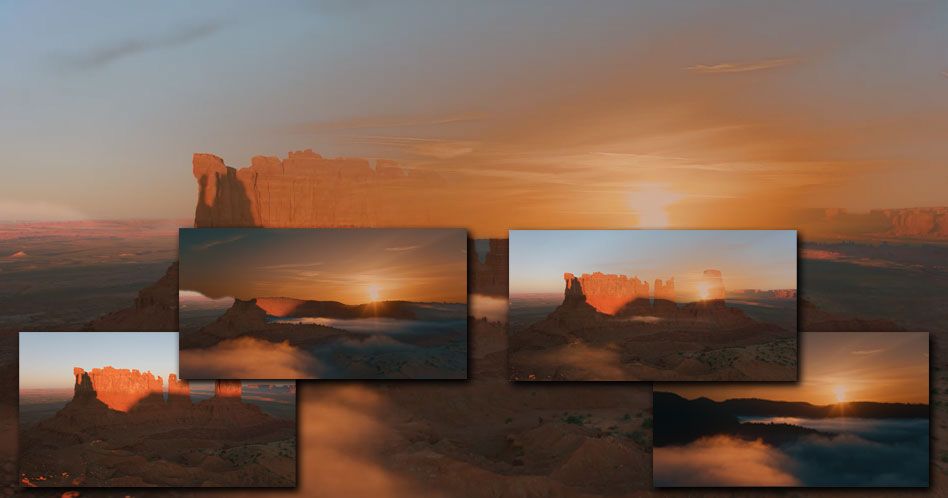 Invert Wipe: Used to invert the direction of the wipe. When enabled, the effect will wipe on from left to right, as opposed to the default right to left.

View Matte: Allows you to view the matte as you adjust it. Be sure to deselect this option before rendering.

Channel: Used to select the matte input to use in the Composite.

Note: The Use parameter is not available in Avid Editing Systems. When applied to a Matte Key, the Alpha Channel is used, otherwise it uses the luminance of the RGB channels.

Pre-smoothing Amount: Used to blur the alpha channel BEFORE the matte is processed.

Softness: Used to control the amount of affect the Choke setting has. When Softness is 100, the Choke value has no affect on the image. If Softness is 0, the Choke acts as an alpha extract and produces a purely binary key.

Choke: Used to adjust the size of the opaque portion of the matte. Positive values expand the opaque areas, while negative values contract them.

Blur: Used to blur the alpha channel after the matte is processed.

Hue: Used to control the overall hue of the transition.

Ease In: Control how quickly or slowly the line advances at the beginning of the transition.

Ease Out:  Control how quickly or slowly the line advances at the end of the transition.