Nathaniel Caauwe got into making lightsaber videos in the backyard — and his parents never put a stop to it, which naturally led to more complex roto! He had a knack for it and found himself doing stereo conversion on the first phase of the Marvel films and the last two Harry Potter movies. (View his IMDB page)

He has worked solely as a compositor for almost six years and has been on and off with Zoic since late 2018. His most personally notable projects have been the first episode of Disney+’s The Right Stuff and season 2 of AppleTV’s For All Mankind (since he loves watching both).

Working remotely has been a silver lining since it allows him to continue to work for Zoic while also living in his hometown in Nebraska. He spends the bulk of his time in Nuke with Sublime Text or VS Code for writing his own tools. Boris FX Silhouette is always at the ready on projects he does on his own. 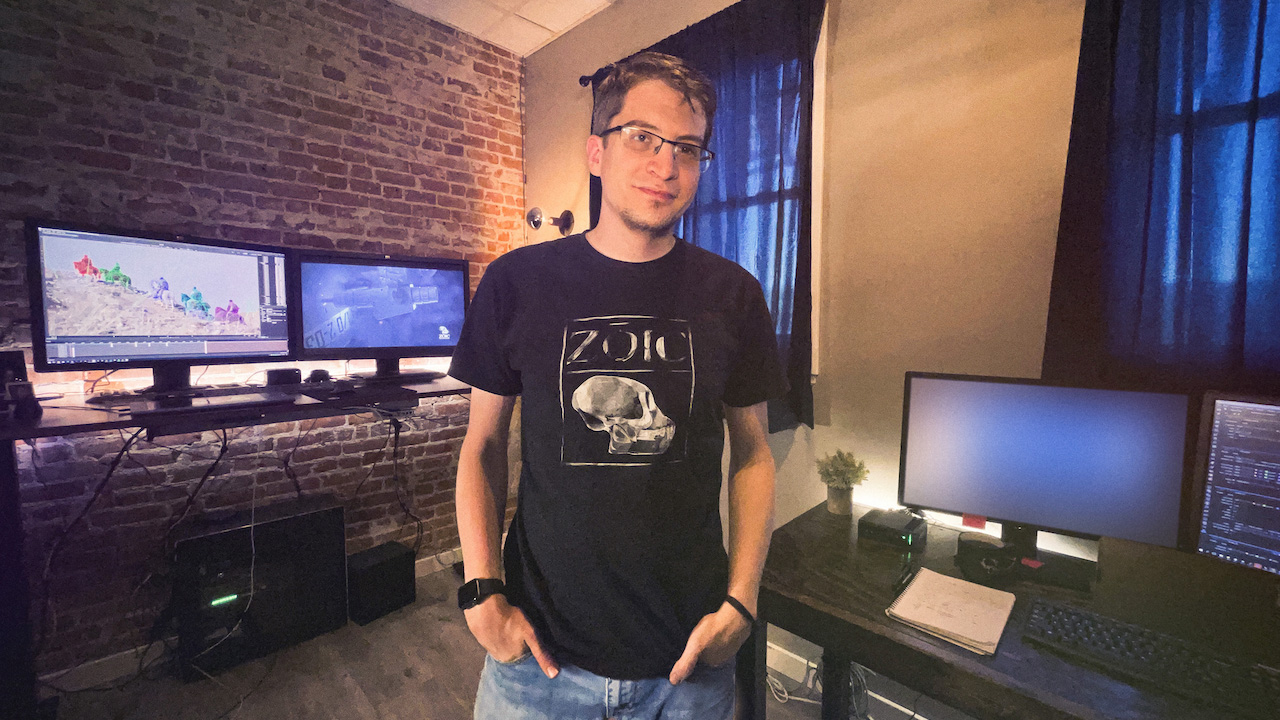 What type of tasks do you look to Silhouette to help with on a daily basis?

At home, it’s my only roto tool. Even if it’s just a portion of a person’s body or something, I go to Silhouette for the speed. The caching is so solid, and the shape manipulation is far and away the best out there. Setting up tracked layers requires so little effort. It’s hard to convey how nice it is to people who never think about the nuances of doing roto full time. I feel like a roto hipster among my compositing colleagues: “Yeah, you probably wouldn’t get it.” Plus, the 2D tracker is so fast to track and provides manual input when needed. Sometimes I’ll fire it up just to do tracks and then export them back to Nuke. It’s that much quicker and easier to use.

How did you first discover Silhouette and how long have you been using it?

My first brush with Silhouette was v2 around 2005 or 2006 when I was in the Pixel Corps and we got a VPN license to learn on. Being a new tool to everyone, and me being a young and eager VFX artist, I saw a chance to get good at something and try to be a go-to person for roto within that community. It seemed to work as I ended up on the roto branch of the compositing team under James Pina (now a senior roto artist at Laika), which would lead to working with him on stereo conversion projects a few years later. So I think I’ve been using it for… wow, 15 years? Excuse me, I need to have a quick existential crisis.


What Silhouette feature do you use most — and why?

On the roto side, I love the built-in Mocha tracker. I always try that first and am often impressed with the weird stuff it can track like the side of a face or the frames of glasses. When that gets too wonky, I fall back on the super-fast point tracker. A really powerful feature is the ability to extract trackers from points on a shape. If I have a bicep fully roto’d, I can grab the points at the end, spit out trackers, average them together (averaging tracks is SO cool), and then I have an elbow track for the rest of the arm. I so rarely have a layer that isn’t tracked in some way.

The paint side of things has impressed me over the years as well. On the short film Memoir, we had tracking markers on a wall with the camera so close we could see all the wall texture. I ended up using the dual clone brush to sample from two sides of the markers in order to blend the lighting values together. I then attached that paint to the tracker that’s following the marker, and let the auto-paint feature do its thing. It was like magic watching it step through the shot and reapply my paint strokes exactly. I don’t think I could’ve patched that stuff out anywhere close to what Silhouette did.

The other thing I love on the paint side is how easy it is to offset and line up frames for cloning. I’ll pick a clean frame and go into the Difference Mode to line things up. And since it’s raster paint that’s being applied, I can change the offset or source frame at any point without messing with anything I’ve already done. It’s such a powerful way to do cloning.

What is the most difficult shot you’ve ever worked on using Silhouette?

I think the one that will always take the cake is CRC_0002, or as we called it internally: Cry Run Cry. It was the stereo conversion shot in the first Captain America with the countless soldiers who part as the camera cranes up with Cap & crew marching back into camp. I’ve featured it in a couple of roto reels. Since it was stereo conversion roto, each soldier needed to be extracted individually, as well as internal details like their rifles and gear, which just created a seemingly endless amount of shapes and layers (1,134 shapes total). I did about a third of the shot myself and QC’d the work of everyone else. I had to compile everything into one massive Silhouette file and ensure it all stayed organized. I think that took us about a month to get the first full version out the door.

In second place would probably be the horse riders on the ridge from 12 Strong, which Silhouette customers are surely familiar with this year. 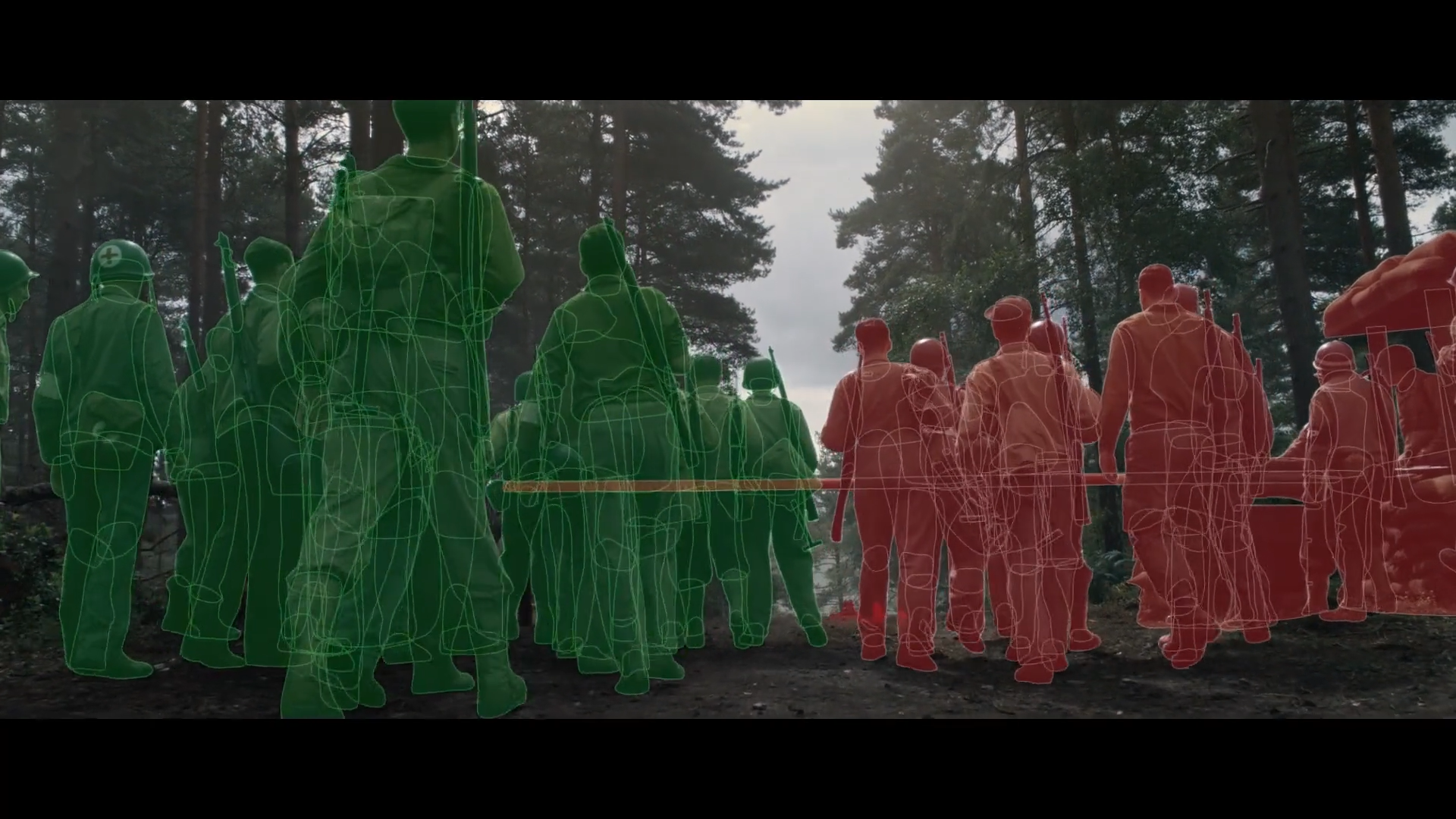 What are your top 3 reasons why compositors and roto artists like yourself should incorporate Silhouette into their workflow?

I think all my reasons sort of roll into one big one: speed. Working in Silhouette is so much faster with the caching system. Trackers are faster. Manipulating shapes is so natural and responsive. On top of that, rendering your mattes with motion blur will speed up your compositing. Bringing lots of shape data into Nuke tends to bog things down. Having a clean matte as an image sequence just speeds everything up. And the act of doing the work is so freeing. You’re never waiting for a frame to load. You’re never waiting for the UI to catch up.

Silhouette really gets out of the artist’s way and just lets them get the work done. For any compositors who do a lot of their own roto, Silhouette is absolutely worth learning.


What’s your best pro tip to artists new to Silhouette?

It sounds cliche but it’d probably be “read the manual.” The first night I got access to Silhouette in the Pixel Corps, I immediately cracked open the manual and would read a thing, then try it. Read the next thing, try that. I learned the gist of how the roto side of things worked in one night. Granted, the manual for v2 was probably a lot shorter than it is today. But the documentation has always been great. Even now, when a new feature rolls out, I immediately open the manual and look it up to make sure I know everything about it.

One that still stands out for me is Lucy in the Sky which was my second project at Zoic and my first time compositing on a feature film. It was also the first time I got to really sink my teeth into something and sort of prove myself. We had a sequence that took place at NASA’s Neutral Buoyancy Lab. It was shot on wires, involved full roto, all CG backgrounds, and a ton of comp work. No one else seemed to want to touch the sequence, but I’m a masochist so I saw a challenge and volunteered to start working on it. So they gladly threw shot after shot at me.

We didn’t have an EDL from editorial, so part of our task was to define the final look. It was fun finding this delicate balance between reality and what worked dramatically. The sequence also just had a myriad of problems to solve: relighting CG in the comp, paint fixes, split comps on Natalie Portman’s face, oh and bubbles! The bubbles were such a challenge to get right. Our FX team was doing stellar work, but no single version seemed to hit what we were going for. So in the end, we were mixing multiple versions as well as live-action stuff, sometimes within the same stream. I’m still sort of impressed with how well that worked.

It’s definitely one of those projects I look back on and am extremely proud of the work everyone did on it. And it’s one I reflect on when I need a reminder of what sort of things can be accomplished in compositing.