Visual effects have come a long way since the first Academy Award for “Best Engineering Effects” went to the World War I drama Wings in 1929. This year’s Best Visual Effects nominees — Avengers: Endgame, The Irishman, The Lion King, 1917, and Star Wars: The Rise of Skywalker — have often broken new technical grounds with both visible and invisible effects. Every VFX studio involved in these five films uses Boris FX products.

We caught up with a few of our customers to hear what it was like to work on the films.

You’ve been nominated 4 times (and won 3 times) in the Best Visual Effects category. How does it feel to be nominated for a 5th time for your work on The Lion King?

Sometimes I find it so hard to believe my good fortune and luck and I never take it for granted. It is always a thrill and an honor that is absolutely unaffected by the number of times the films you work on get recognized. These days, the work is so sophisticated and extraordinary that it is truly very rare to be counted among the other nominees. It will never feel anything other than the incredible honor it is.

What was the biggest VFX challenge you faced on The Lion King?

Satisfying the question of whether the world even needs this new live-action version was the biggest challenge. We needed to overcome the limitations of the medium and invent new methods and procedures to create a substantial reason to use this unique prism to tell this age-old story. No small task.

You’re currently nominated for best visual effects for Avengers: Endgame. How does it feel to get your second Oscar nomination?

It feels fantastic! It’s great for the team who worked on the film to get this amazing level of recognition for their contribution. The movie was a critical success and connected with a huge audience worldwide. So for Endgame to also get this awards recognition is a tremendous achievement and the icing on the cake. 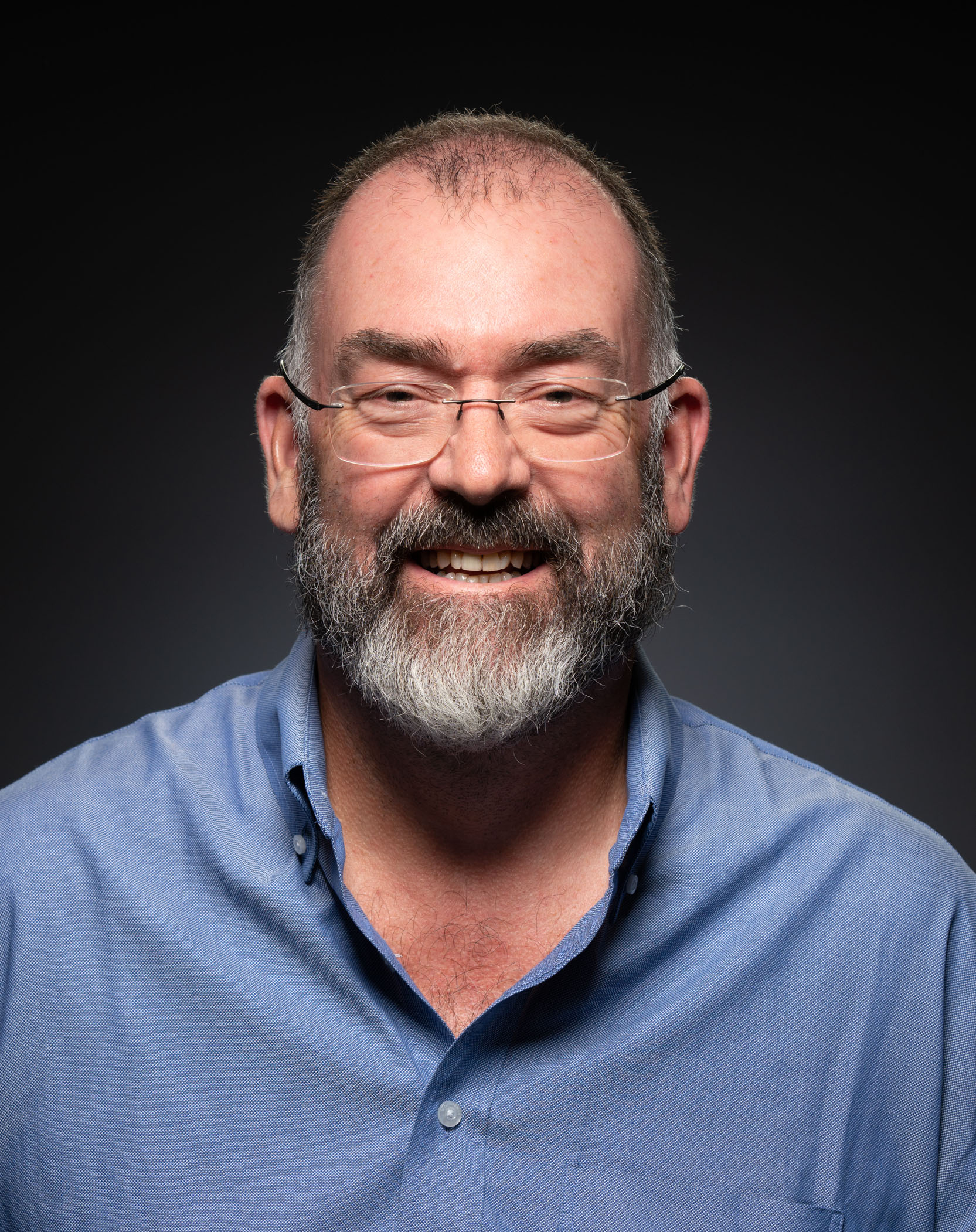 What was it like collaborating with the Russo brother directors? Any particular moments that stick out?

The Russo’s are very collaborative in the way they approach the work. They have a saying which is “the best idea wins.” They are open to any suggestion which might ultimately make for a better movie, so we were able to contribute ideas both small and large. An example of this is the Women of Marvel beat, where the Marvel Women team up to help Captain Marvel get the gauntlet to the van and the quantum tunnel. The ideas for the specific action beats in this sequence were still being developed during the last block of additional photography and so shooting was limited to general coverage.

The filmmakers eventually approached us in February of 2019, a couple of months before the film opened, and asked us to previsualize the action based on a short text description of how it could play out. Marvel’s usual previs vendor The Third Floor had wrapped their work on the show and were on other projects. So our animation team under animation supervisor Sidney Kombo-Kintombo brainstormed the details of the action and worked it up as rough animation, which we edited up and sent through to Marvel. It helped that all but a few of the 25 shots in the sequence were full-CG. Marvel’s response to our proposal was very positive. Their editor Jeff Ford did a pass on it to tighten it up and then that became our blueprint for finishing the sequence. Because our previs also worked as the first-pass animation, the process of working the shots through to final was a very direct one.

What was the biggest VFX challenge you faced on Avengers: Endgame?

Avengers: Endgame was a tremendously challenging project, so it’s hard to single out just one aspect of the work. With Thanos, we had to create an entirely digital antagonist who was completely believable yet purple, athletic and nimble yet 8 feet tall. With the epic end battle, we had to choreograph armies of thousands of diverse warriors into a compelling, dramatic fight to the death. When Dr. Strange opens the portals and all of our heroes arrive on the battlefield, the timing of that long, drawn-out moment before Black Panther appears out of the haze of the Wakanda dawn was nuanced frame-by-frame. With Tony’s snap and subsequent death, we had to tread carefully because we couldn’t allow the effects to distract from Robert Downey Jr’s performance or undermine Tony’s dignity in his final moments even though the effects of his use of the Infinity Stones had to be clearly fatal. Our environment was almost entirely digital, which is a challenge but also liberating in that it frees us up to take control of the lighting of the sequence and move away from the stage-lit feel of a plate-based environment that has been shot in the studio.

In the short term, the application of AI and machine learning to some of the more labour-intensive tasks we have to perform is already having the benefit of freeing up artists to be involved in more creative tasks. A little further down the track, quantum computing offers the potential for huge leaps in the speed of calculating the complex algorithms we use to perform the majority of our tasks, meaning that tasks that currently take hours, days or even weeks on a render farm could happen in real-time. Putting machine learning and quantum computing together would result in a fundamental shift in the way we create digital visual effects, a shift much more significant I believe than the move from celluloid film to a complete digital pipeline that occurred in the early years of this century.

The suite of Boris FX tools is vitally important for our ability to deliver this complex visual effects work within a very tight timeframe and to such a high level of quality. In particular, Sapphire was used on Avengers as the basis of Thor’s lightning. We use Mocha Pro for tracking and Silhouette has been our go-to solution for roto for many years. 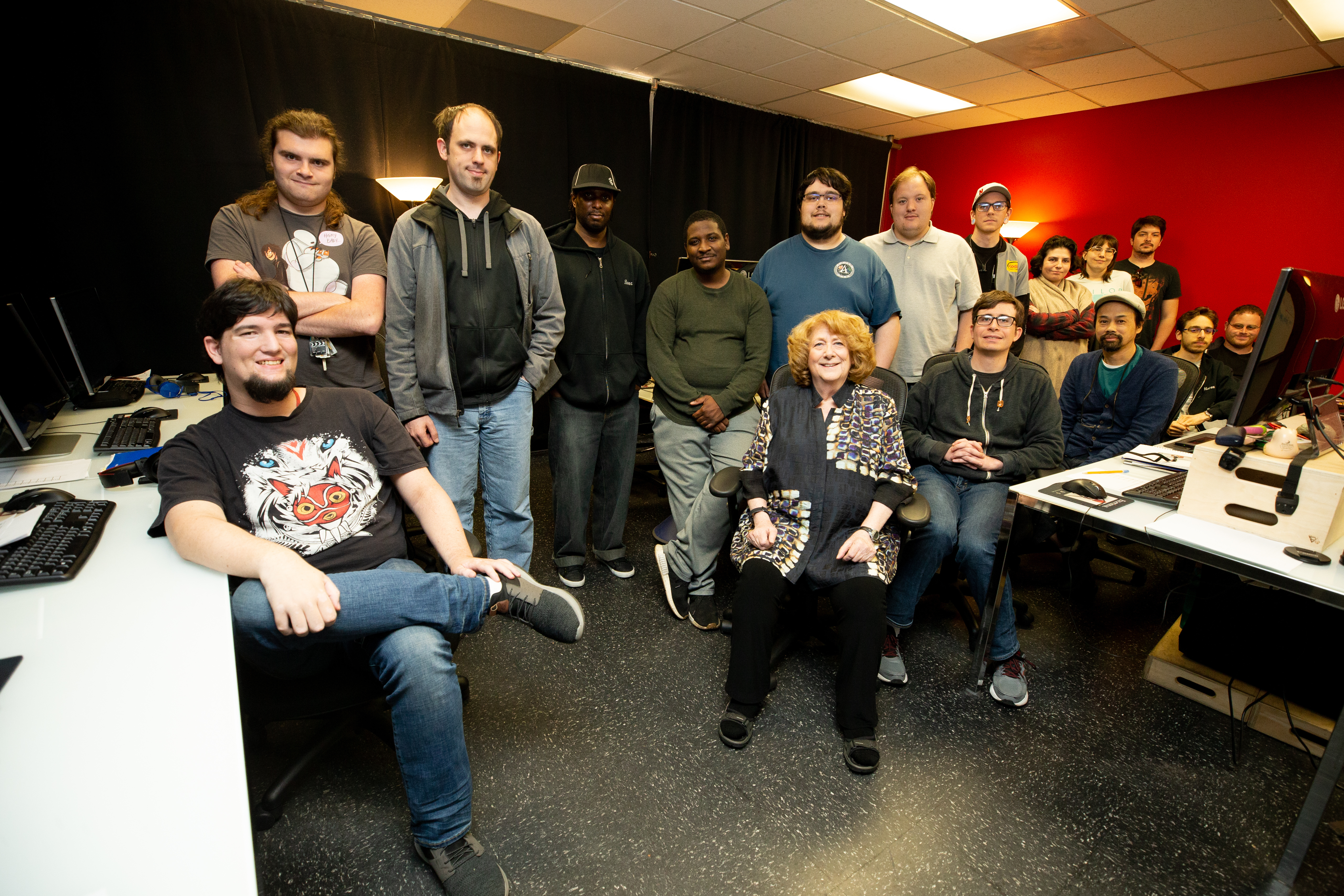 We also chatted with the team at Exceptional Minds (pictured above), an LA-based visual effects and animation training program and studio specifically geared towards young adults on the autism spectrum. Exceptional Minds’ artists worked on both Avengers: Endgame and Star Wars: The Rise of Skywalker.

Star Wars: The Rise of Skywalker — Removing the markers behind all the splashing water, and all the movement and color changes on the ship and helmet were definitely challenging.

What led you to a career in visual effects?

My curiosity as to how the glare for lightsabers is made.

Motion blur was my challenge for Star Wars, specifically when rotoing certain shapes.

How important is it for you to have access to tools like Boris FX Mocha Pro, Silhouette, and Sapphire or Continuum in your pipeline?

Based on the type of work we do, Mocha Pro and Silhouette are vital simply because we need to deliver roto shots in Silhouette format for companies like ILM and Mocha Pro has the best planar tracker in the world. If we can’t do it in Nuke, we go Mocha Pro. Our artists have roto with both packages and have the option of using either one. I personally like Silhouette roto because of the Hotkeys and UI which are more intuitive. We have also used the ‘Remove’ function in Mocha Pro on shots that have lighting changes. It helped us out in those difficult situations.