Rob Legato is a three-time Oscar-winning VFX Supervisor who is currently nominated for Best Visual Effects for his work on The Lion King. His inspiring career not only includes credits like The Jungle Book, Hugo, Avatar, Titanic, and Apollo 13, he’s also lauded for pushing the film industry forward technically with breakthroughs in virtual production.

We are forever humbled to have a relationship with him (read our story on how he previously used Mocha Pro on The Wolf of Wall Street) and are immensely thankful for this interview. 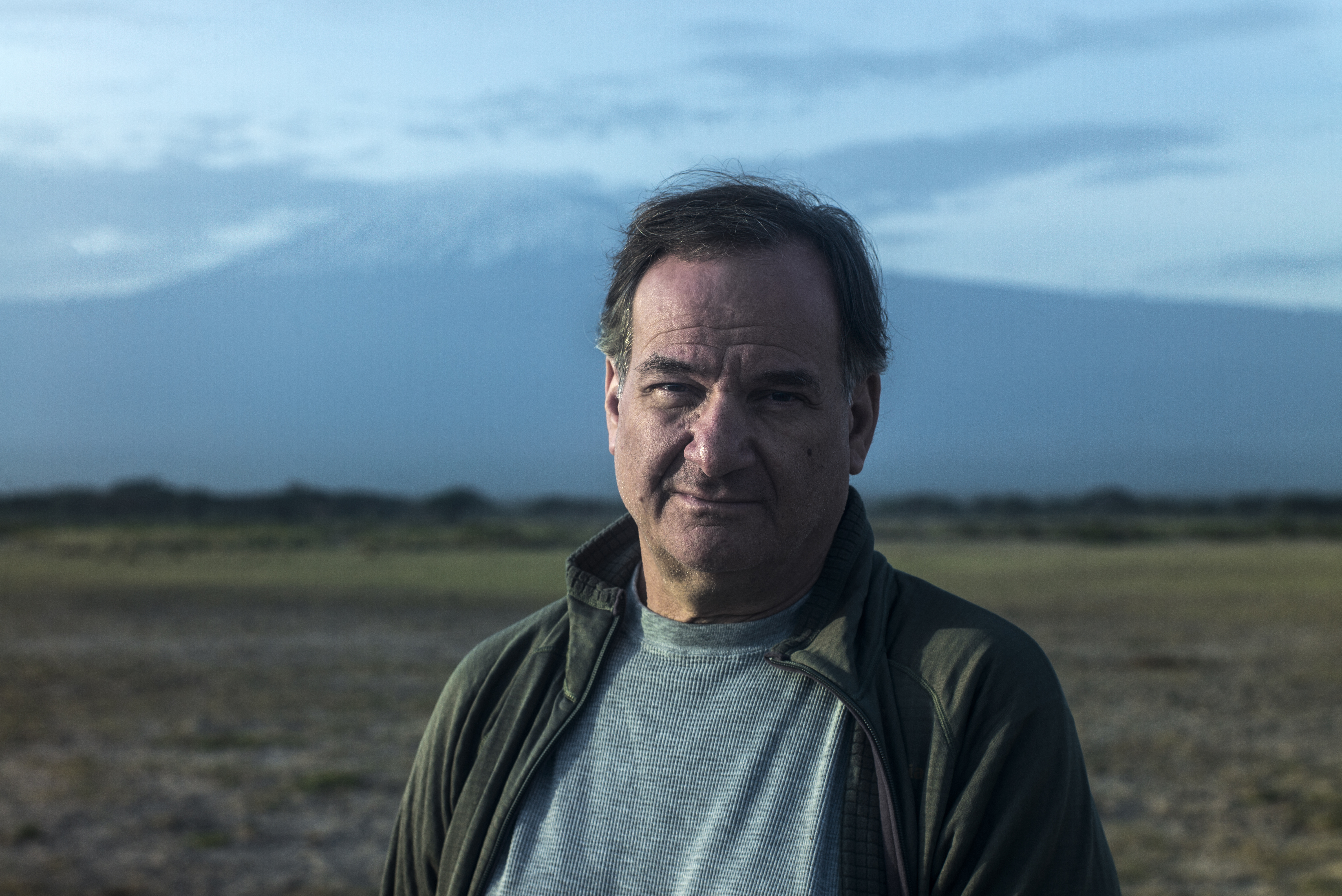 When did you first know you wanted to be involved in film?

When I was 4 my father took me to see Pinocchio, I was as fascinated by the projector beam as much as the movie itself. Without knowing it, it started then. I saw The Godfather and it changed my life — I knew I wanted to do what I just saw, I just didn’t know what it was exactly. I read a book about the producer of Gone with the Wind called “Memo” by David O. Selznick. That iced it. I was 16.

How did you start your career? What led you to a career in visual effects?

I studied cinematography at Brooks Institute of Photography in Santa Barbara, CA. The day after I graduated I was on a plane back to New Jersey and a TV commercial producer sitting next to me said I should call this director he just worked with. It turns out his partner was listed in the acknowledgments of the same Selznick book. Fate seemed to intervene. I called and called and eventually became a live-action producer of TV commercials at the company they were forming exactly when I got through. One day, I tried to produce a visual effect as a lark on one of the commercials. It worked and someone suggested I work at Robert Abel and Associates who did a lot of VFX. I had no intention of doing anything other than directing, but I was sucked into solving problems with photography and visual effects experimentation. I became known for solving problems, and then I was given more and more problems to solve. My career path got sidetracked and I then used VFX as a way into TV and film.

In your early career, you worked on many Star Trek: Next Generation episodes before things like 3D animation or motion tracking were common tools of the trade. What were some of the technical challenges creating sci-fi in the late 1980s?

Trying to make a TV show look like a feature with a fraction of the budget and even less time. I pushed what was possible on a TV schedule and budget by doing as much as possible myself with a very small team. By removing the bureaucracy that often stymies creative energy, we naturally got more adventurous every show. Each year new technology allowed us to overcome the last year’s limitations.

Was there a large learning curve to move from television to feature film productions?

No, not really, I found that I photographed everything in the appropriate layers for digital or optical compositing naturally. I never relied on non-photographed elements or tricks that were only video generated. The possible exception was for laser beam effects and things like that were ultimately used on features as the Flame became a staple of the film industry. 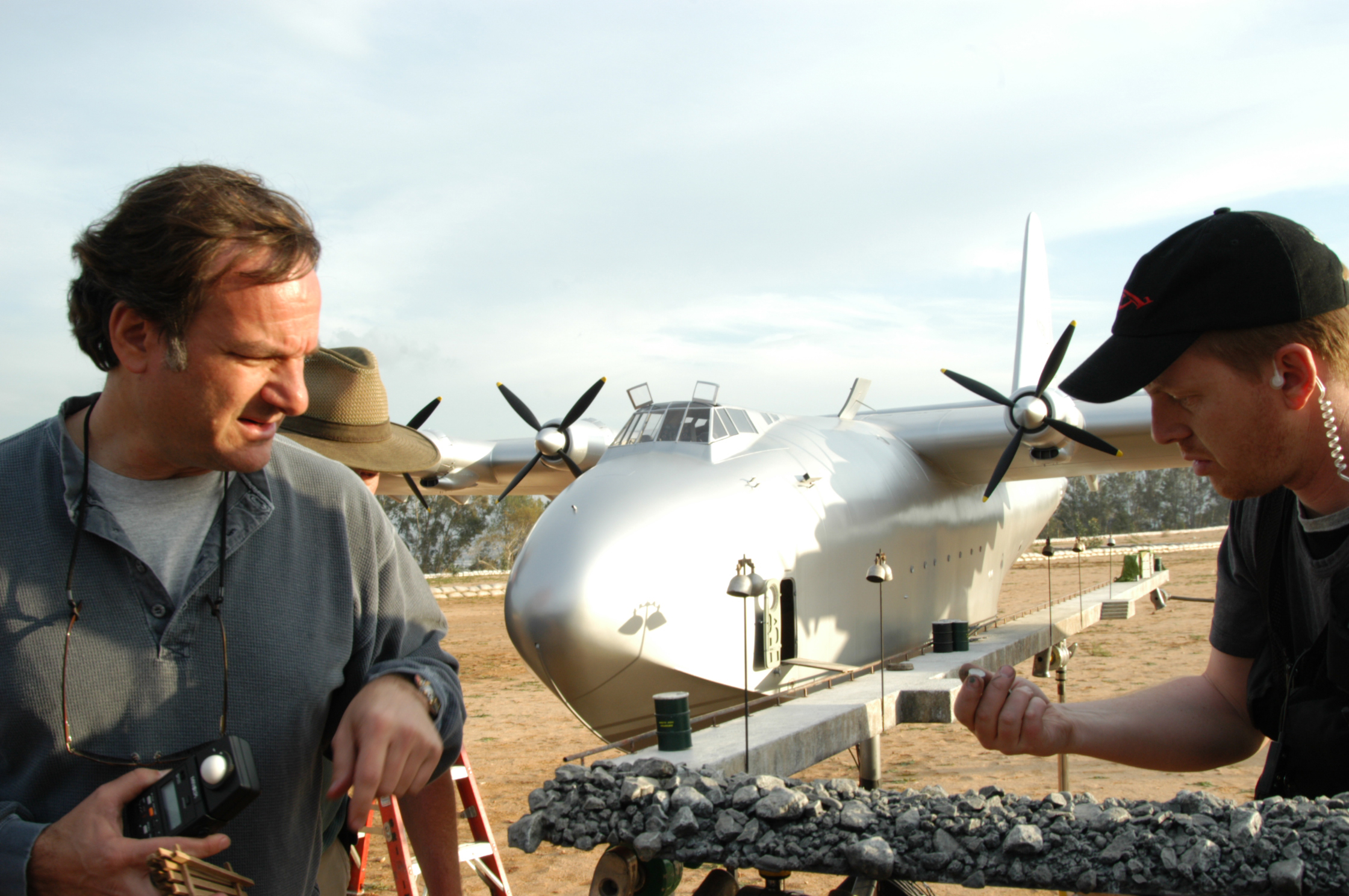 You’ve seen many changes in formats, equipment, and workflows as an industry veteran. How do you see the changing role of visual effects artists and post-production?

Personally, the tools are democratizing the talent pool and allowing more access to editing and compositing and now full CG. While I may not be great at all the disciplines, the knowledge of how they work and what they are capable of is invaluable to me.

Effects and CGI software has changed over the years from linear switchers to digital compositing suites (Henry/Flame) to desktop applications (like Nuke and After Effects) and now real-time game engines. Have the tools changed your role as VFX supervisor over the years?

The changes have made me a better and more complete filmmaker. I can test things out very quickly while I am in the early stages of developing a creative approach. I learn exponentially faster by doing it myself and without the need for spending money and wasting time with a full crew until I’m ready to commit. I can experiment more with less financial impact, and then, and only then, turn over a thoroughly vetted creative approach.

You’ve used Mocha to test shots on past projects (Wolf of Wall Street, Shutter Island, etc). How important is it for you and your VFX partners to have access to best-in-class applications like Mocha Pro and Silhouette? How about Boris FX plug-ins like Sapphire and Continuum? 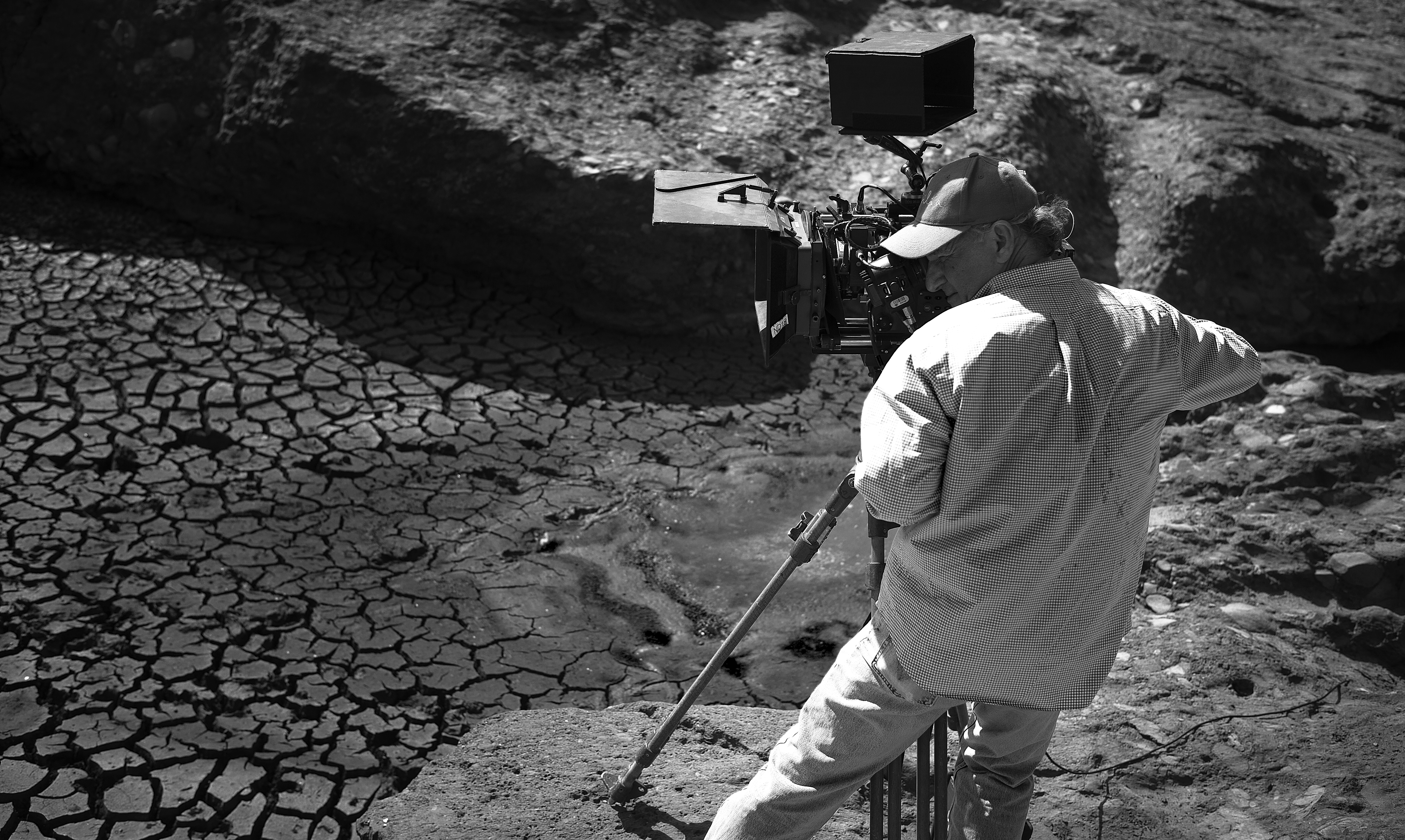 You’ve been an early adopter and pioneer in virtual cinema workflows. Do you think virtual filmmaking — the new hybrid of animation and traditional filmmaking techniques — is the future for filmmaking? Where do you see VFX workflows going in the next 10 years?

Again, virtual filmmaking democratizes the once limited access to the type of experience needed to become a full-fledged filmmaker. The ability to easily block, compose, design, light, operate and then edit a sequence in real-time mimics the experience only a few of us get to explore on a live-action set. It takes quite a bit of practice and exploration to find your individual voice as a filmmaker. Some future great filmmakers would otherwise never get the opportunity to find their voices based on lack of access. The line and prejudice that VFX is more technical than artistic will soon naturally fade away. The positions that many fear will go away will actually flourish and progress as these same artisans will now become comfortable and take advantage of these new exciting tools of the trade.

For example, a talented cameraman will still be needed to create the image on screen that will fool the eye and believe how it was created. It will simply be judged like any other shot in a live-action film so its quality will have to be on a par with our classically created films. The same is true for every other discipline — production design, hair and makeup design, costuming, props, etc. The talent and eye for such disciplines are the same, only how they were created will differ. To the audience it will appear identical. 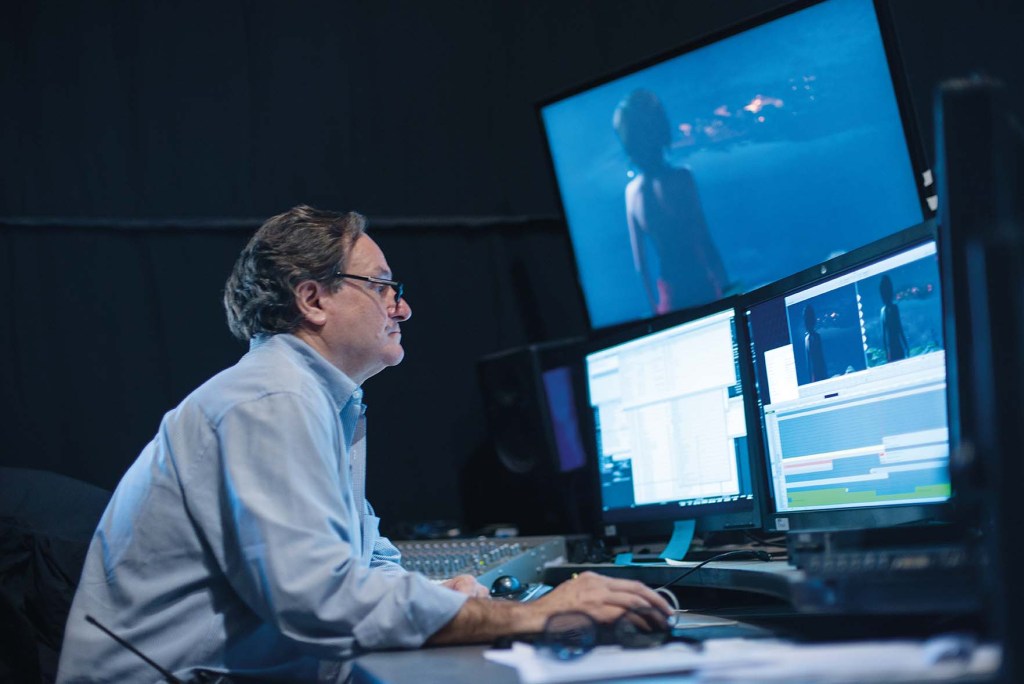 Prior to The Lion King, you worked with director Jon Favreau on the award-winning The Jungle Book. How did your collaboration change or grow working together again?

I think the work reached a new level of believability based on the shared experience of The Jungle Book. The Lion King could never have come together as well without first all of us working so well together on the first film. This includes in no small measure the tremendous talents of MPC, Adam Valdez, Andy Jones, Elliot Newman, and Audrey Ferrara. Everyone stepped up the game and all equally share in the success of the film through their collaboration with Jon. Our new collaborators, the legendary Caleb Deschanel and James Chindlund also raised the bar mightily with their collective live action talents.

You and Jon Favreau used virtual reality headsets powered by real-time game engines on The Lion King to help make creative choices such as camera angles and visual locations all in 3D. Is there any time that having less creative options is better for artistic choices?

There is very little value in having less information, rather than more, in creating artistic choices. However, having something to rub against (time, budget, story challenges or a style never seen before) forcing you to find the road less traveled is always welcome. It makes you have a little bit of anxiety and nervousness needed to defeat complacency and a false sense of security.

After working on virtual productions for so many years, would it be difficult to return to more traditional film sets or location shooting? Or are the general skills and challenges the same?

It’s all the same. I often use virtual cinematography to preview what I could do on stage to eliminate the less interesting choices dictated by time or budget. I can experiment freely and experiment with an unusual take on the scene that would have taken too much time on stage to explore then execute. I can do all my time-consuming exploration in the homework phase.

You’ve worked with some of the most notable directors of our time (Martin Scorsese, Robert Zemeckis, James Cameron, Ron Howard, Jon Favreau, and more). What’s your most memorable lesson?

The very best advice that has shaped my career was from Ron Howard on Apollo 13. He asked me “How would Martin Scorsese shoot the launch?” That caused me to explore every creative opportunity from a completely different vantage point. The most evident solution was not always the best one, especially if simply just anyone could do it. It caused me to celebrate and explore the individuality of my own personal take on storytelling challenges and not rely on the commonly accepted ones. 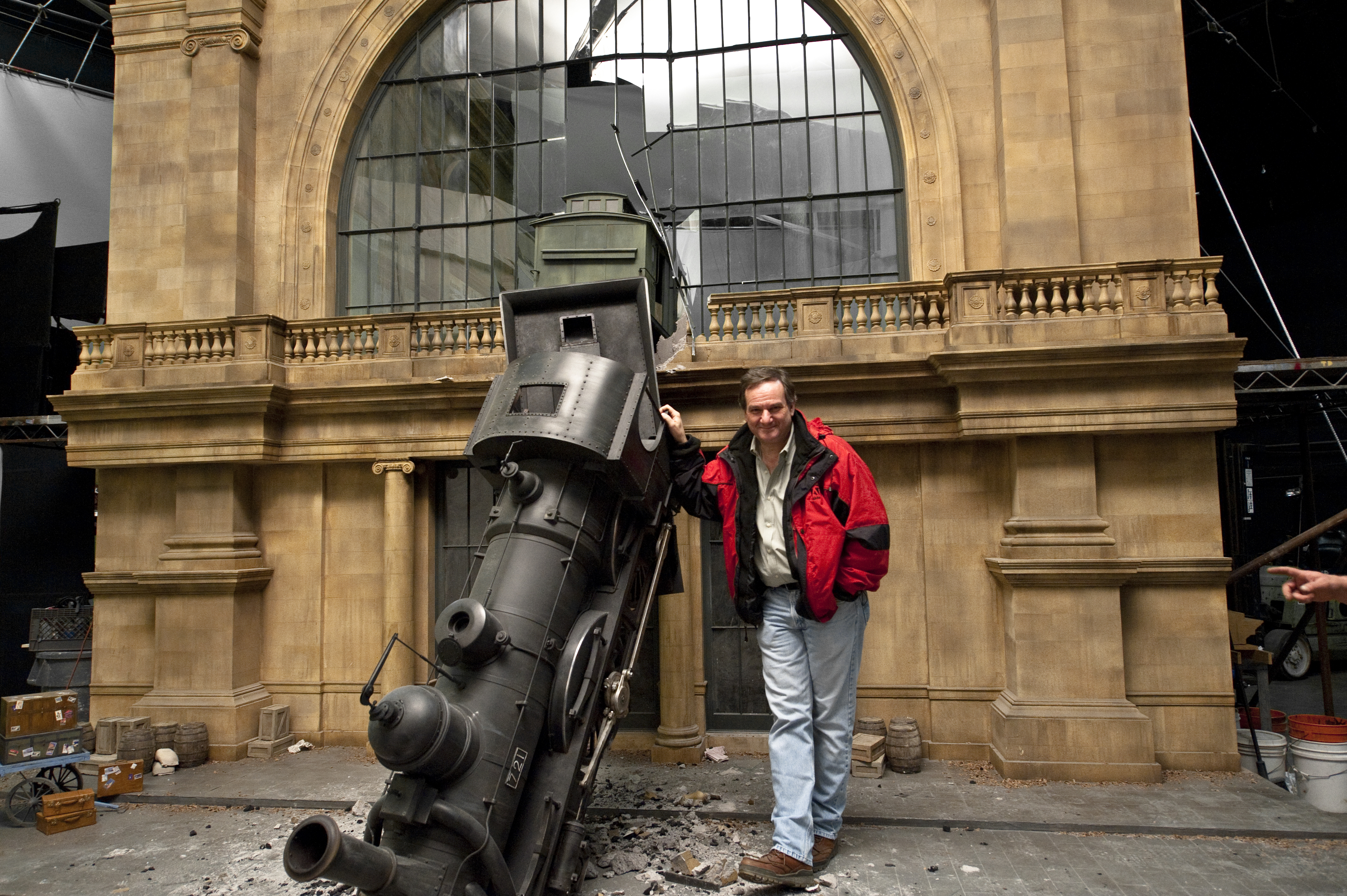 You have worked on so many memorable effects sequences (the opening of Hugo comes to mind) comes to mind. Is there one particular shot that you are most proud of?

There are many shots and scenes that I’m not sure I could pull off any better than I did at the time. But my favorite shot is the very simplest one that imitated a solution that George Méliès himself might have employed in Hugo. It used the very same technique he invented in 1902. I’ll leave it to the readers to discover and perhaps re-watch Hugo with a different eye as to what truly is the job of a VFX supervisor. The work is employing the best cinematic technique regardless of its simplicity, rather than searching for the most technically unique or complicated one.

What kind of advice would you give to a young person interested in a career in effects?