Justin Peterson is a five-time regional Emmy Award-winning artist and leads the video production team at the Boston Celtics. In addition to managing the production group, he personally focuses on post-production and his growing infatuation with motion graphics. He uses the Adobe Suite and Cinema4D for projects that are featured on Celtics owned digital, social, and broadcast channels. Follow him on Vimeo or visit his site. 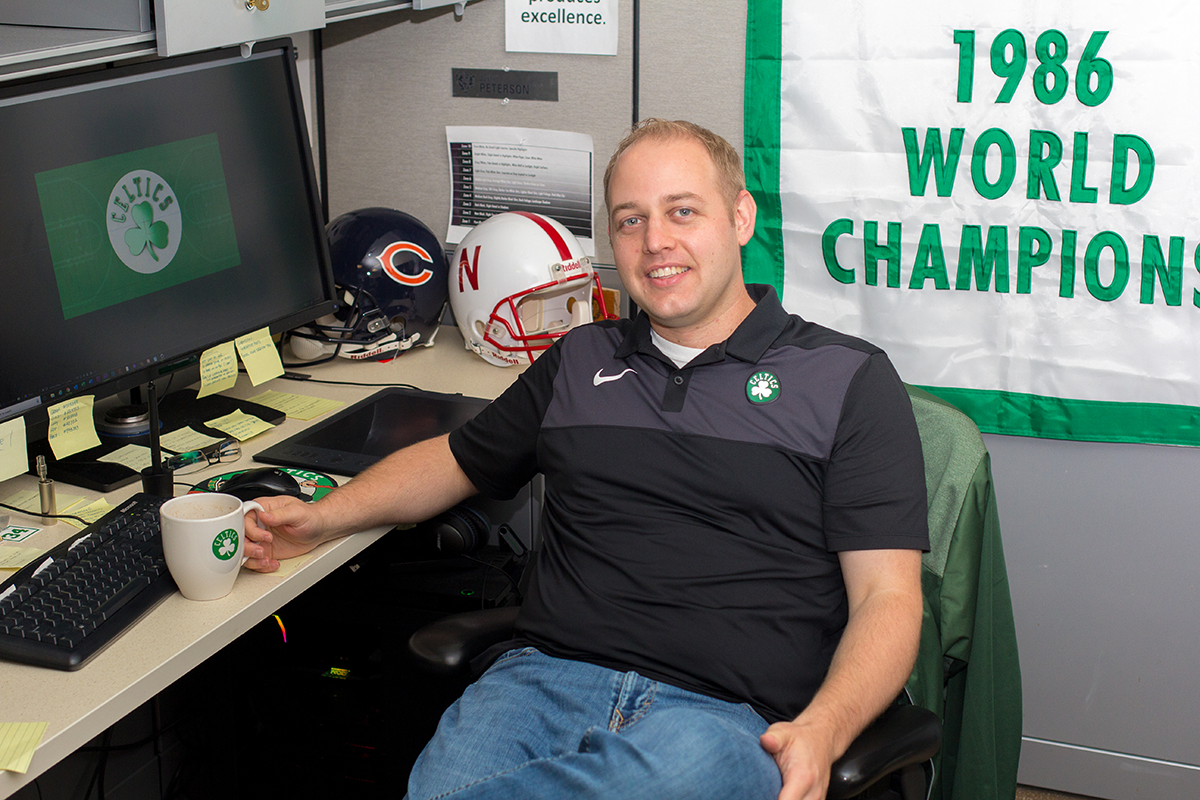 Where are you from and how did you get your start in the industry? Born and raised in Omaha, Nebraska, I got my start at the University of Nebraska-Lincoln College of Journalism. The opportunity to call football, basketball, and soccer games on the radio, write and broadcast local news on TV, and produce multiple long-form documentaries provided me a great foundation. Once I realized I enjoyed production, I took a job working as a student PA at HuskerVision in the Nebraska Athletic Department. Following graduation, I took an internship with the US Olympic Committee. It was such a cool experience to see tapes I had never heard of with footage of early Olympic games. I did screening dubs on an analog router and was able to shoot and edit matches and events leading up to the Olympics in Beijing. My first full-time gig took me to the University of Illinois Athletic Department where my focus was creating video for the web. I learned to write some basic HTML/CSS to post content to fightingillini.com and streamed games to fans in 240x180 (Yes, it was merely a pixel on the screen…and still buffered). That experience gives me great appreciation for the broadcast quality streams we get on our mobile devices today.

What project are you most proud of and why? One of our recent projects this offseason was a short docu-series called Lucky Rooks. We took fans behind-the-scenes with our draft picks during Summer League. It was a large undertaking both logistically and in execution. As a group, we had never done a series at that scale. The whole group was a little out of their comfort zone, and that’s a great place to be.

How do you prep before a big project? My son has me reading “Oh, The Places You’ll Go” by Dr. Suess at bedtime. There’s a line in the book about the waiting place being the most useless place. It’s true. Every day is prep for the next opportunity. I’ve found that consistency in proactively adding skills to my arsenal is the best way to feel like I can tackle any project that comes up. It’s an iterative process and isn’t meant just for the big projects.

How do you keep yourself fueled/your favorite snack when you’re in an epic session? I enjoy being in a quiet space, putting on my headphones and tuning out the world while jamming keyframes to some classical music and a hot cup of tea (usually Chai).

Where do you turn for creative inspiration? Vimeo and wherever my feet take me. I follow a ton of artists and studios on Vimeo who produce unbelievable work and that curation network has expanded over the years. I intentionally don’t seek out sports content as inspiration. I enjoy finding external influences to break down and incorporate some elements into my worldview. That can be a sign on the street, patchwork bricks on a building (was it intentional, an accident, or just a practical solution?) or content in my feed. 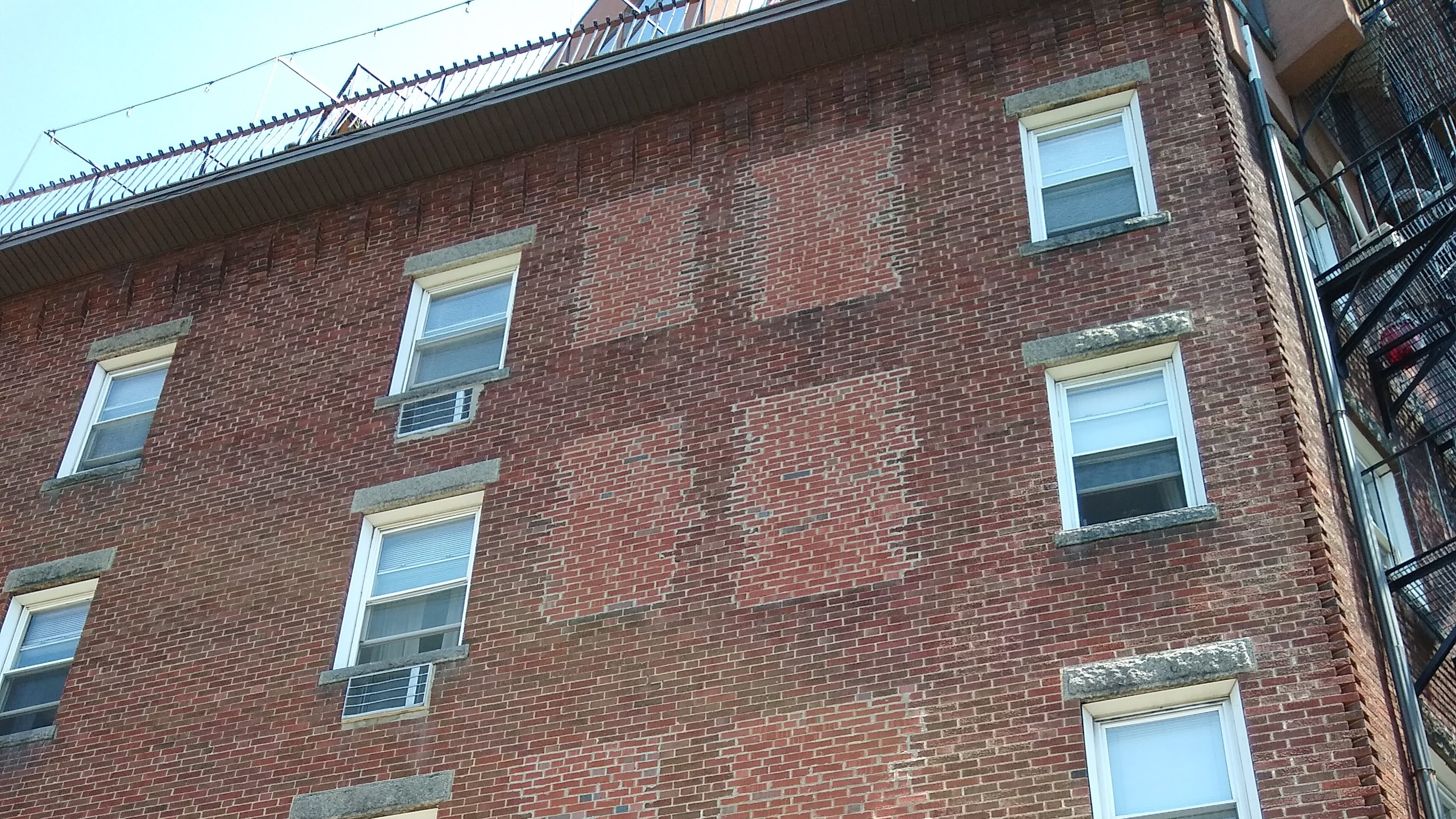 What do you do when you start feeling creative burnout? My two young boys are a wonderful dose of reality. Toddler curiosity and wonder help me reset and see the world from a different perspective. I should have also included them in my inspiration because their whole world is about trying, failing, and trying again, which is fun to watch and learn from. It is, after all, the basic progression of the creative process.

What’s your favorite film and/or TV series? Do ~100 Celtics games over the course of a season count as a series? (Editor’s note: Yes, it does!)

If you could collaborate with any director/producer/artist living or dead, who would it be and why? Back in college at Nebraska, I made some great friends while working on projects into the wee hours of the morning. We’re now spread all over the country working in sports. I’d love to get that group back in a room and see what we could do collaboratively now.

What career and/or life advice would you give your younger self? Daily effort matters, and it compounds when it’s a focused effort in pursuit of a goal. Prioritize and give effort to what matters most to you because that’s your competitive advantage. If you enjoy the process and are willing to put in the effort to continually develop skills over time, you’ll make it. Try something new. Fail. Keep going!

What are your go-to Boris FX plug-ins (Continuum, Sapphire, Mocha Pro) and which effect/features do you rely on most? Sapphire has been my transition package of choice for years. Blurs and glows have been a staple since the beginning. I’ve begun to dive in and create my own nodes, but that’s a work in progress. Light leak, whip pan, and film roll have also earned their due in my workflow. When it comes to roto, tracking, or stabilization, I use Mocha Pro.