Emonee LaRussa is a 2x Emmy Award-winning motion graphics artist. She has worked with artists including Lil Nas X, Schoolboy Q, Tyga, and most recently Kanye West, Ty Dolla $ign, FKA Twigs, and Skrillex. She works inside Adobe After Effects where she uses Mocha and and a Wacom Intuos Pro on all of her VFX projects. Follow her on Instagram. 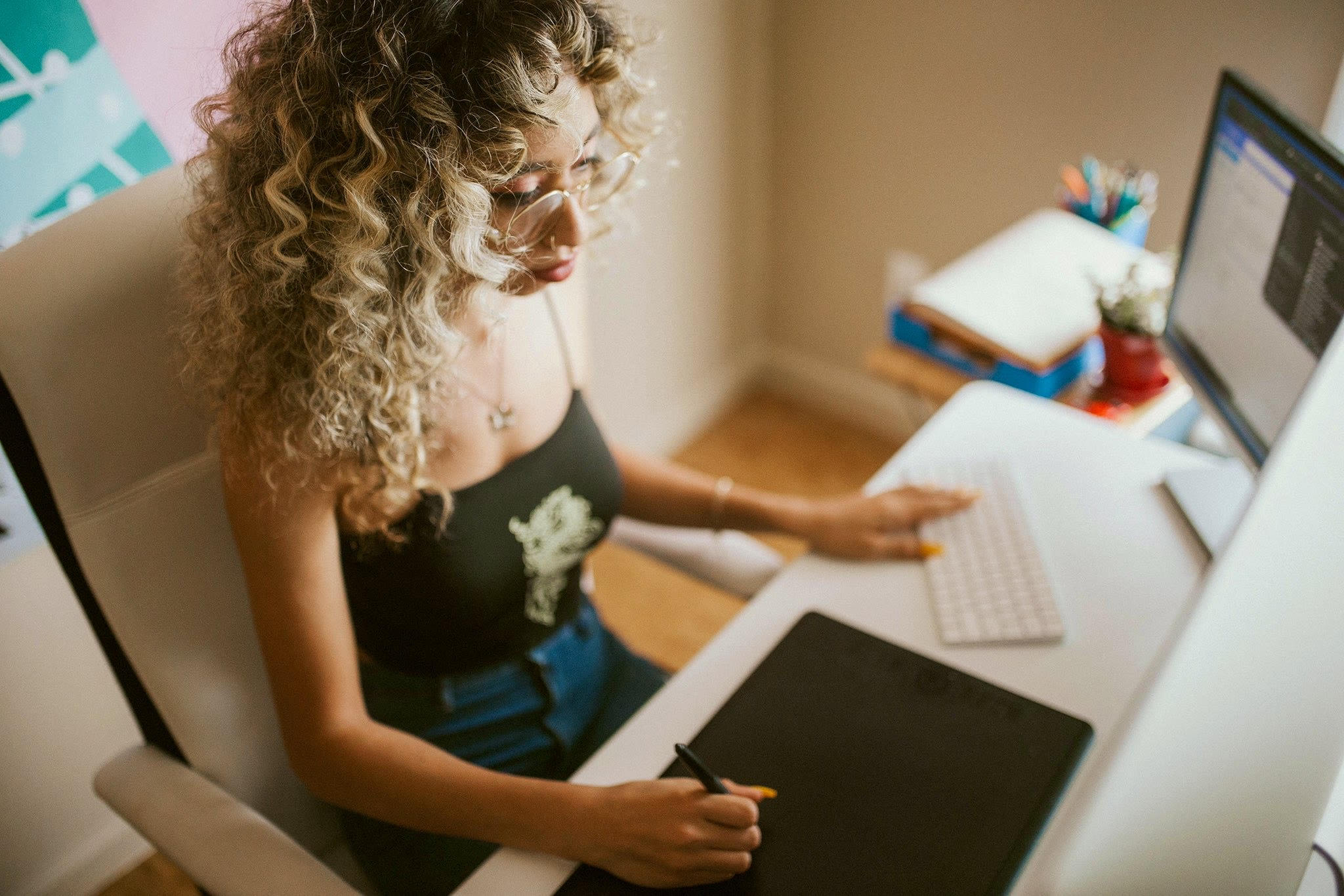 Where are you from and how did you get your start in the industry? I have lived practically everywhere. Fresno, Chicago, San Diego. Two weeks after I graduated from high school I moved to Sacramento, which has been my forever home. I got my Bachelor’s in Digital Film Making and Video Production and was hired as a cinematographer and motion graphics artist by CBS News Station a week before I graduated! I had been working there 40 hours a week and another 20-30 hours on top so that I could make my own art and freelance. After three years I knew I had to make the hard decision and take the plunge to go completely freelance and run my own business. A few weeks before I quit CBS, Columbia Records hired me. Life has been crazy ever since!

What project are you most proud of and why? I think the project I am most proud of is my most recent music video for “Ego Death” – Ty Dolla $ign, Kanye West, FKA Twigs, and Skrillex. I had directed 10 different animators for this project and it was an absolute blast to work with such amazingly talented artists! I learned so much working on that project and I truly love the outcome of the piece.

How do you prep before a big project? Storyboards, treatments, and animatics are literally my best friends in the beginning stages of any project. They are super underrated but there is so much creativity and effort that goes into making them perfect.

What’s a keyboard shortcut you can’t live without? I would have to say CMD+Z. It’s so nailed in my head that sometimes when I’m drawing on paper I will motion CMD+Z to undo in real life.”

How do you keep yourself fueled/your favorite snack when you’re in an epic session? I love me some flamin' hot sunflower seeds!! You would think I have a smoking habit I’m trying to kick cause I will eat those non-stop.

Where do you turn for creative inspiration? Instagram and Reddit for sure! There are so many amazing graphic artists and designers on Instagram that don’t get the credit they deserve. So many artists inspire me!

What do you do when you start feeling creative burnout? Take a step back and meditate. Look at the overall issues and talking myself through it. I’ve had to learn the hard way that your body has limitations. Your mind might be racing but your body is exhausted. Breathing and drinking water is medicine for the brain. Also, don’t be afraid of some therapy.

What’s your favorite film and/or TV series? Favorite show of all time: ADVENTURE TIME! It’s such a masterpiece; the style, the animation, THE STORY! Overall 10/10. Favorite movie, Across the Universe! Everything is so chef’s kiss.

If you could collaborate with any director/producer/editor/artist living or dead, who would it be and why? Pendleton Ward! He is truly a genius and it would be an absolute dream to be in his presence.

What career and/or life advice would you give your younger self? Emonee, nothing in life is easy. Stay focused. Keep looking for inspiration everywhere. Love yourself. Also, keep a journal because your memory is terrible and is just getting worst by the day.

What are your go-to Boris FX plugins and which effect/features do you rely on most? By far Mocha! I have literally been using it since high school. I don’t think my senior film would have been the same without it. I recently got Continuum so I am so freaking excited to go through all the different effects I can use!