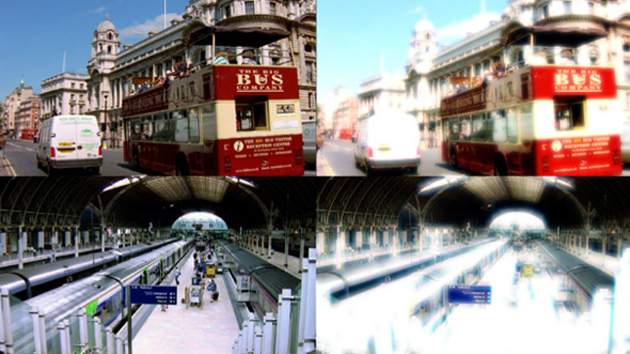 I have been a fan of Boris Continuum Complete (BCC) since I first looked at version 5. I’ve been using it with Adobe Premiere Pro and After Effects ever since. BCC is made up of a huge family of plug-in filters that work with the Adobe Creative Suite, including CS6, Avid editing and finishing systems, Sony Vegas Pro, and Apple Final Cut Pro. There are several branches of the BCC family that can be purchased separately (“Boris Continuum Units”) at a low individual price. But if you want to get the best selection, you’ll want to get the “Complete” suite with all filters included. You'll save money that way, too. The Boris Continuum Units include plug-ins for 3-way color grading, image restoration, chroma keying, particle effects and much more. The big new features for Version 8 are flicker reduction and videoscope tools, OpenGL-accelerated 32-bit float support, and enhanced lens flares, particles, glows and lights.

Before installing BCC 8, it is very important to uninstall any previous version you may have on your system. I found this out the hard way when I tried to do a comparison between 7 and 8 in a Premiere Pro 5.5 project, which froze immediately. After uninstalling BCC 7, BCC 8 worked as it should.

I tried out Flicker Fixer on some aquarium footage shot by a client. What the flicker was from I wasn't sure, but it was there. Trying it out on a 30-second clip had me sitting for about four minutes while it rendered. The result was less flicker, with a slight but noticeable drop in sharpness. Given the choice between that and a vacillating iris, the slight loss of detail was preferable.

When used properly, Film Glow (top) can give video the look of vintage film. Depending on what you want, it gives a softer, more blown-out look with some added grain for more authenticity. There are about a hundred parameters, so you can adjust pretty much anything to get the look you want.

“Wild card” is a really wild and interesting filter that lets you take an image or video clip and turn it into multiple “cards” that can be animated in different ways to pull apart or come together. You can vary the randomness, size and dozens of other parameters, including behaviors like fractal movement and dispersion along the Z axis. 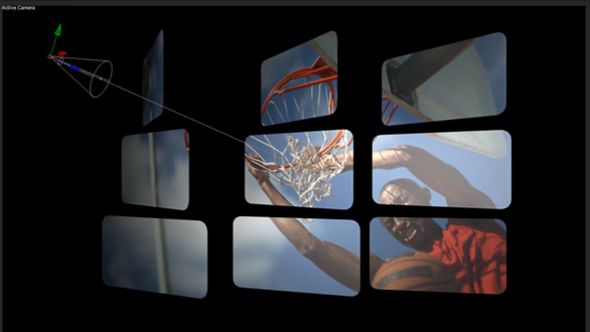 Lens Flare 3D in version 8 is a vast improvement over BCC's previous Lens Flare, as it now offers full integration with After Effects’ 3D camera and lighting system. This effect is very useful for transitions and for creating a real-world, camera lens looks. It also includes many new lens flare elements and several different ways to add light to a scene. For example, flares can be based on luma values in the image, user-selected AE scene lights, built-in lights, or even AE mask paths.

I particularly liked Organic Strands, which lets you put strands of plasma, DNA or seaweed into any production that needs that type of effect. It is very cool, and one of the easier filters to work with. No steep learning curve for this one. 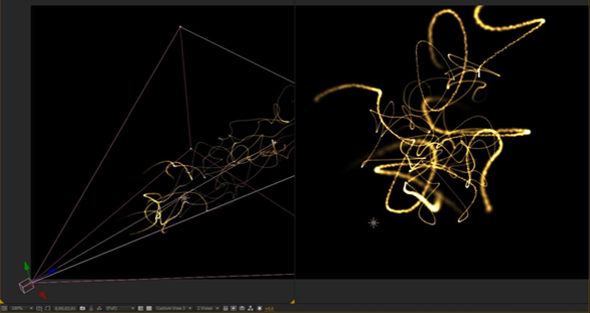 Organic Strands is one of several particle-based effects new to version 8.

Stage Light is pretty much exactly what it says. It gives you various types of stage light that could illuminate your video but won't add light to a dark scene. But don't try it; it won't help. The filter is most effective when used over a motion graphic, which creates the oft-used effect of an overpowering spotlight shining across it.

The last filter, Videoscope, isn't a traditional one. While you apply as you would any other filter it is really a tool for checking the video levels at any stage of your project. If you use it, you'll of course need to take it off before you render your final product. It is very useful for After Effects or if your NLE doesn't have scopes built in to it.

One of the first filters that I tried on a real project was in the Particles family. Our neighborhood has an annual “Holiday Regatta.”  This takes place not on the water, but on the streets, with trucks pulling boats on trailers that are decorated with Christmas and Chanukah lights. Becasue we're in Southern California, where there is a better chance of good surfing than skiing at this time of year, I used the BCC Snow effect at the end to give a very realistic simulation of a light snowfall going past the camera lens.

There are a lot of really cool old and new effects in BCC 8, plus more than 1,000 presets, but be warned: some are very CPU/GPU intensive. In doing testing on an HP Z800 workstation, equipped with dual 3.33 GHz 6-core CPUs, 12 GB RAM, Nvidia Quadro 5000 GPU with 2 GB of VRAM, and a Matrox MXO2 LE for I/O, some of the effects brought this monster of a machine's playback to a grinding halt. The main culprits are lens flares and lighting effects. While I highly recommend BCC 8 — a recent  StudioDaily Prime Award winner — you must have a machine equipped with a modern graphics card to take advantage of all of the included effects (see sidebar specs). You can't do better than HP's new (up to 16-core) Z820, but you will still need to render some effects to preview them in real time. That said, these are very high-end special effects, and you must have a realistic outlook on what it will take to preview and render them. If you keep that in mind, the render will be well worth your wait.

Summary: Boris Continuum Complete 8 AE is a 64-bit suite of 200+ filters and 1,000+ presets. It now is more tightly integrated with After Effects and features 32-bit float support and OpenGL hardware acceleration.

What’s Cool: Lots of special effects filters you can use right in your NLE without having to go to After Effects to do most of them; very tight integration with AE as well.

What’s Missing : Some effects are very resource intensive for previews and rendering — even for the fastest multi-core systems with high-end graphics cards.