Originally posted at postmagazine.com on July 14, 2017 (by Zach Shukan) 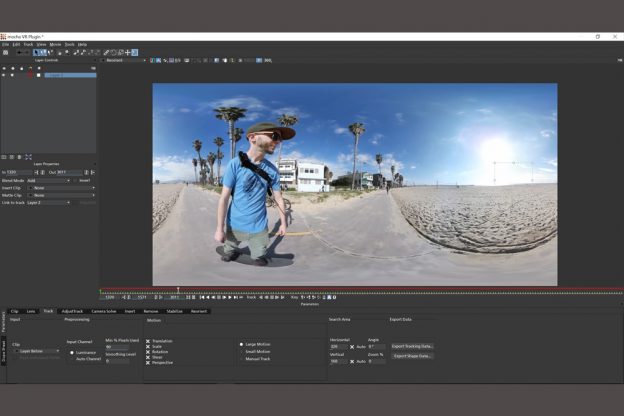 If you’re using Adobe After Effects to do compositing and you’re not using Mocha, then you’re holding yourself back. If you’re using Mettle Skybox, you need to check out Mocha VR the VR-enhanced edition of Mocha Pro.

Mocha Pro, and Mocha VR are all standalone programs where you work entirely within the Mocha environment and then export your tracks, shapes or renders to another program to do the rest of the compositing work. There are plugins for Maxon Cinema 4D, The Foundry’s Nuke, HitFilm, and After Effects that allow you to do more with the Mocha data within your chosen 3D or compositing program. Limited-feature versions of Mocha (Mocha AE and Mocha HitFilm) come installed with the Creative Cloud versions of After Effects and HitFilm 4 Pro, and every update of these plugins is getting closer to looking like a full version of Mocha running inside of the effects panel.

Maybe I’m old school, or maybe I just try to get the maximum performance from my workstation, but I always choose to run Mocha VR by itself and only open After Effects when I’m ready to export. In my experience, all the features of Mocha run more smoothly in the standalone than when they’re launched and run inside of After Effects.++ 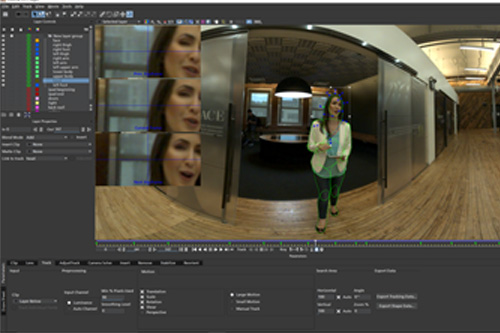 How does Mocha VR compare to Mocha Pro? If you’re not doing VR, stick with Mocha Pro. However, if you are working with VR footage, you won’t have to bend over backwards to keep using Mocha.

Last year was the year of VR, when all my clients wanted to do something with VR. It was a crazy push to be the first to make something and I rode the wave all year. The thing is there really weren’t many tools specifically designed to work with 360 video. Now this year, the post tools for working with VR are catching up.

In the past, I forced previous versions of Mocha to work with 360 footage before the VR version, but since Mocha added its VR-specific features, stabilizing a 360-camera became cake compared to the kludgy way it works with the industry standard After Effects 360 plugin, Skybox. Also, I’ve used Mocha to track objects in 360 before the addition of an equirectangular+ camera and it was super-complicated because I had to splice together a whole bunch of tracks to compensate for the 360 camera distortion. Now it’s possible to create a single track to follow objects as they travel around the camera. Read the footnote for an explanation of equirectangular, a fancy word that you need to know if you’re working in VR.

Now let’s talk about the rest of Mocha’s features…

I used to rotoscope by tracing every few frames and then refining the frames in between until I found out about the Mocha way to rotoscope. Because Mocha combines rotoscoping with tracking of arbitrary shapes, all you have to do is draw a shape and then use tracking to follow and deform all the way through. It’s way smarter and more importantly, faster. Also, with the Uberkey feature, you can adjust your shapes on multiple frames at once. If you’re still rotoscoping with After Effects alone, you’re doing it the hard way. 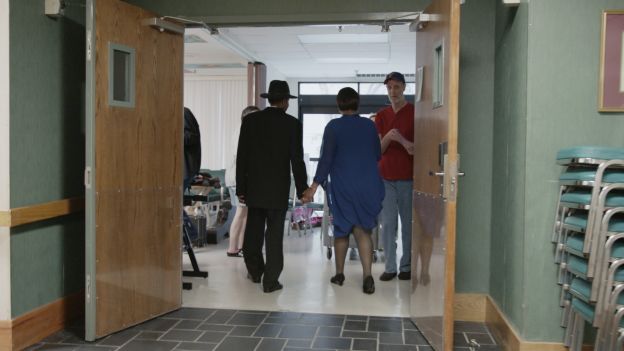 When I first learned about Mocha it was all about the planar tracker, and that really is still the heart of the program. Mocha’s basically my go-to when nothing else works. Recently, I was working on a shot where a woman had her dress tucked into her pantyhose, and I pretty much had to recreate a leg of a dress that swayed and flowed along with her as she walked. If it wasn’t for Mocha’s planar tracker I wouldn’t have been able to make a locked-on track of the soft-focus (solid color and nearly without detail) side of the dress. After Effects couldn’t make a track because there weren’t enough contrast-y details.

I never thought Mocha’s planar tracking was slow, even though it is slower than point tracking, but then they added GPU acceleration a version or two ago and now it flies through shots. It has to be at least five times as fast now that it’s using my Nvidia Titan X (Pascal), and it’s not like my CPU was a slouch (an 8-core i7-5960X).

I’d be content using Mocha just to track difficult shots and for rotoscoping, but their object-removal feature has saved me hours of cloning/tracking work in After Effects, especially when I’ve used it to remove camera rigs or puppet rigs from shots. 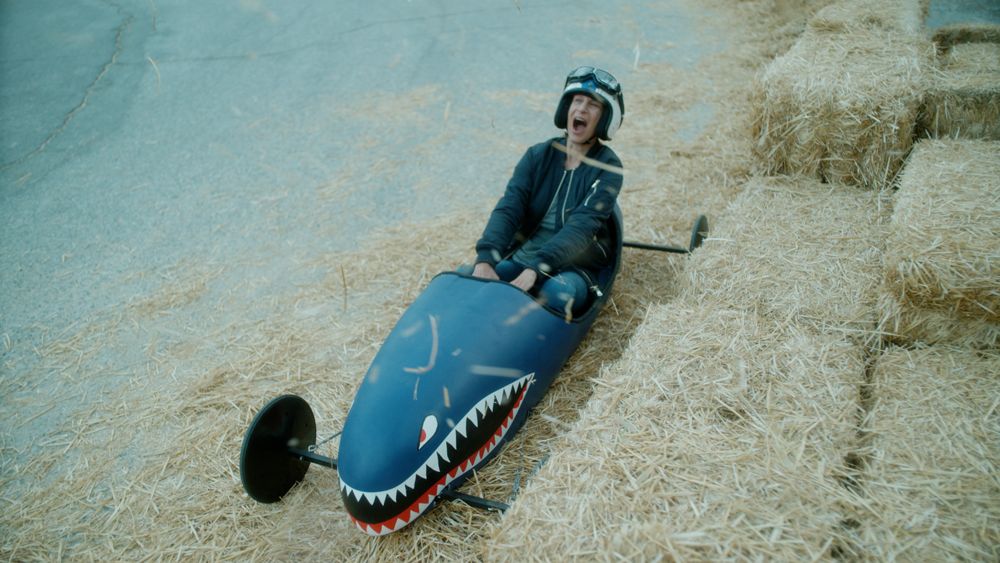 Here I used Mocha object removal to remove ropes that pulled a go-cart in a spot for Advil.

VR Outside of After Effects?

I’ve spent most of this article talking about Mocha with After Effects, because it’s what I know best, but there is one VR pipeline that can match nearly all of Mocha VR’s capabilities: the Nuke plugin Cara VR, but there is a cost to that workflow. More on this shortly.

Where you will hit the limit of Mocha VR (and After Effects in general) is if you are doing 3D compositing with CGI and real-world camera depth positioning. Mocha’s 3D Camera Solve module is not optimized for 360 and the After Effects 3D workspace can be limited for true 3D compositing, compared to software like Nuke or Fusion.

While After Effects sort of tacked on its 3D features to its established 2D workflow, Nuke is a true 3D environment as robust as Autodesk Maya or any of the high-end 3D software. This probably sounds great, but you should also know that Cara VR is $4,300 vs. $1,000 for Mocha VR (the standalone + Adobe plugin version) and Nuke starts at $4,300/year vs. $240/year for After Effects.

I think of Mocha as an essential companion to compositing in After Effects, because it makes routine work much faster and it does some things you just can’t do with After Effects alone. Mocha VR is a major release because VR has so much buzz these days, but in reality it’s pretty much just a version of Mocha Pro with the ability to also work with 360 footage.

+Equirectangular is a clever way of unwrapping a 360 spherical projection, a.k.a, the view we see in VR, by flattening it out into a rectangle. It’s a great way to see the whole 360 view in an editing program, but A: it’s very distorted so it can cause problems for tracking and B: anything that is moving up or down in the equirectangular frame will wrap around to the opposite side (a bit like Pacman when he exits the screen), and non-VR tracking programs will stop tracking when something exits the screen on one side.

++Note: According to the developer, one of the main advantages to running Mocha as a plug-in (inside AE, Premiere, Nuke, etc) for 360 video work is that you are using the host program’s render engine and proxy workflow. Having the ability to do all your tracking, masking and object removal on proxy resolutions is a huge benefit when working at large 360 formats that can be as large as 8k stereoscopic. Additionally, the Mocha modules that render, such as reorient for horizon stabilization or remove module will render inside the plug-in making for a streamlined workflow.

+++FayOut was a “coming soon” product that promised an even more automated method for object removal, but as of the publishing of this article it appears that they are no longer “coming soon” and may have folded or maybe their technology was purchased and it will be included in a future product. We shall see…

Zach Shukan is the VFX specialist at SilVR and is constantly trying his hand at the latest technologies in the video post production world.