I switched from Final Cut Pro to Adobe Premiere Pro CS5.5 last summer, and three projects later, I'm still happy. But when I wrote my original article, there was one thing I never considered - losing my existing plug-ins I used in FCP. 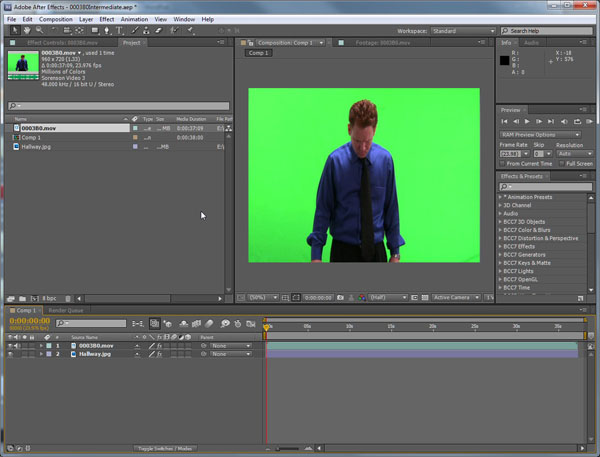 Every editor has plug-ins, some we use daily, others we only need to pull out once in a great while.  After Effects and Premiere come with some pretty useful ones, but once in a while I need something a little more specialized.

When I worked with FCP, I used Nattress Film Effects quite a bit.  Unfortunately, Nattress Film Effects is only available for FCP and Motion, with the Levels and Curves set also available for After Effects.  One of the plug-ins I loved was G Nicer, which analyzes the missing chroma information caused by video compression, and works to fill it back in.  It was primarily designed to help with doing green screen composites with DV. 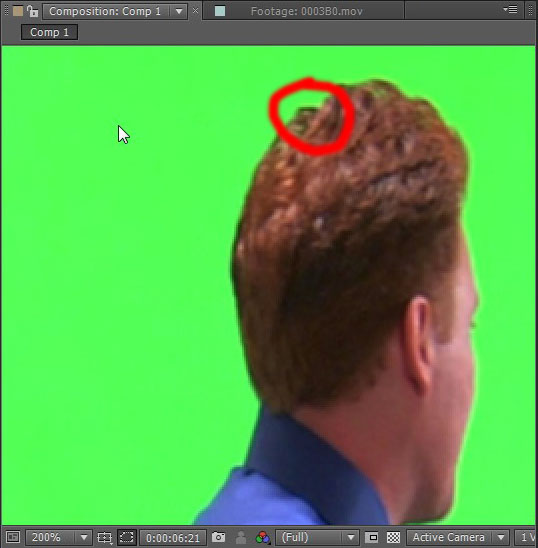 A few weeks ago I started doing visual effects work on a short film project that was shot a few years ago. The entire project was shot against green screen, and the original footage was filmed with DVCPro HD on P2. However, the clips I received had been converted to Sorenson 3, as suggested by the original FX artist.  Some of the footage had the "jaggies", the blockiness associated with video compression, especially around the actor's hairline (see Fig. 2).

I had to do some homework; when I was working in FCP, I would have run Nattress G Nicer to help correct the problem. While one set of Nattress' filters and plug-ins are available for After Effects, the Film Effects filter pack isn't. I finally settled on Boris Continuum Complete 7, though version 8 was just recently released. Many of the plug-ins I used in BBC 7 are in the latest version.

Boris Continuum Complete is a collection of plugins ranging from art looks to warping, with a whole bunch of toys in between. Available for both PC and Mac, BCC comes in flavors for Adobe, Final Cut Pro, Avid, Sony, Autodesk and Quantel. I didn't get a chance to use BCC before I moved from FCP to Premiere Pro, when I switched to a Windows system from my old Power Mac G5. R.I.P., I loved that machine - following close to eight years of constant use, the motherboard finally gave out. 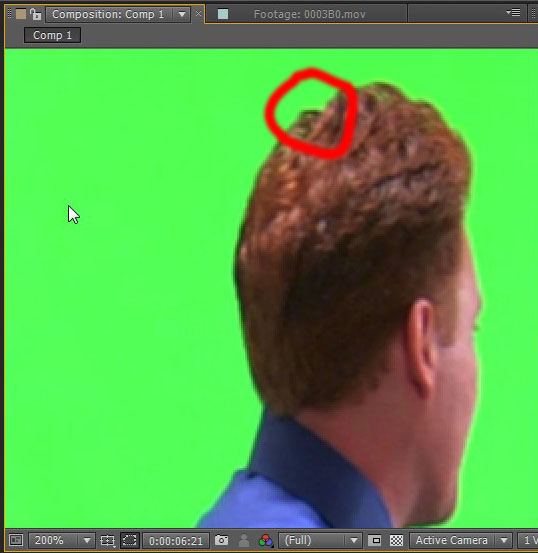 One of those plug-ins I needed was BCC's DV Fixer, which is designed to remove the aliasing that has occurred because of video compression. I used this as my G Nicer replacement (see fig. 3). I also used Boris' Denoise filter to clean up some of the pixel noise from the shadows around his sides. 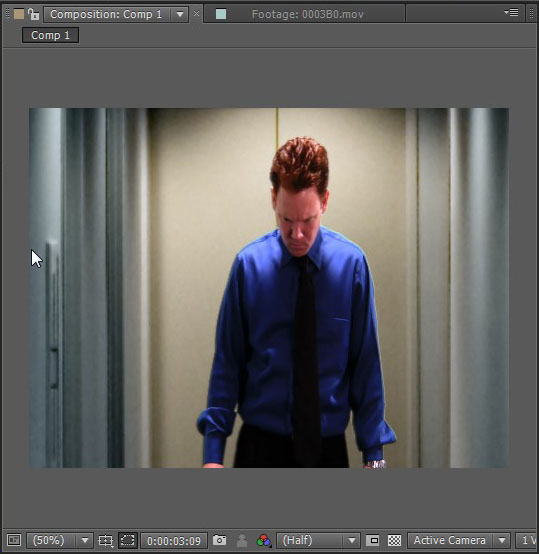 I played with the Film Process plug-in and sent the producer several different color and tone ideas.  He picked the one seen above (fig. 4).

Truth be told, BCC was not the only plug-in I used for this sequence; After Effects comes with  Keylight, still my favorite keying plug-in, for the actual key. After Effects also comes with Synthetic Aperture's Color Finesse 3, whose bleach bypass process filter I used for the background plate. 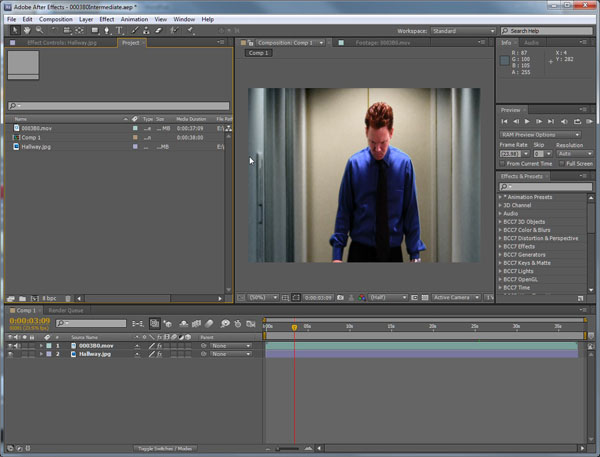 Plug-ins offer variety, and the trick to choosing the right plug-ins for your project, is to ask yourself, "Am I going to use this enough to cost-justify the price?" After spending money for a new system and new software, I had to ask just that, and my answer was yes.  Both versions 7 and 8 of Boris Continuum Complete are easily some of the best plug-in compilations available for After Effects on PC and Mac, as well as a whole host of other applications, including FCP, Avid and others.  Check it out.