- the wording of an on-screen message sometimes posted during the motion tracking process was changed to better match Sony Vegas terminology. It now refers to the timeline cursor rather than the current-time marker.

- the wording of the on-screen message warning when attempting to motion track at very low resolution has been changed for improved clarity.

- Boris FX button, that points to Boris homepage, has now been added to the window that pops up when Register BCC OFX button is clicked. 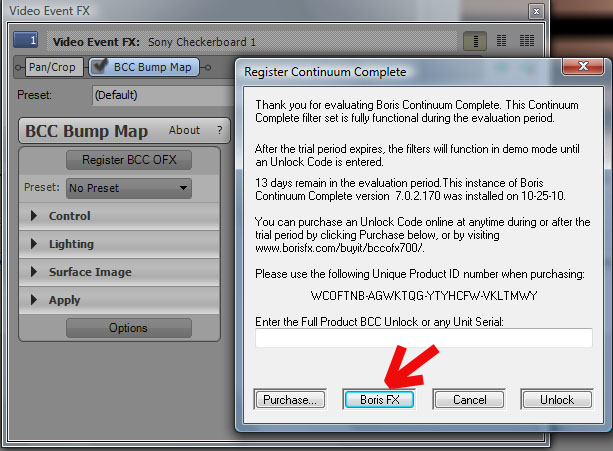 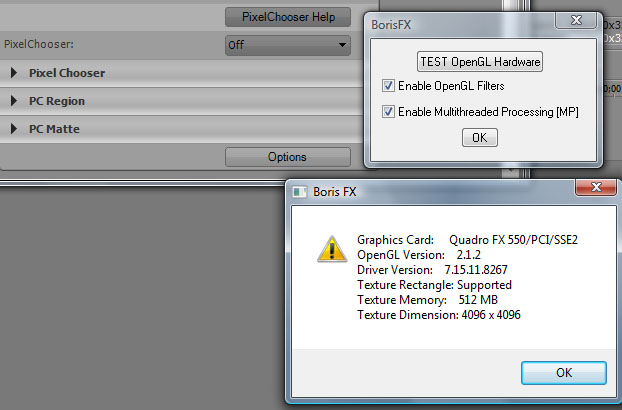