BCC 6.0.4 AE is a major update to the BCC AE 6 package, which includes greater support for Adobe Premiere Pro 4.1, with additional features and filters such as optical flow based time remapping, motion tracking, motion blur, match move compositing, corner pinning and foreground object removal and better compatibility with the Avid and Final Cut Pro versions of the Continuum product.

New features and improvements include:

The Animated Presets option that was first introduced to the Continuum product line with BCC 6 has been extended to include the BCC 3D Objects category of filters. This powerful feature provides users with the ability to save animated 3D Object filter effects, which can be used on other projects and in other BCC hosts. 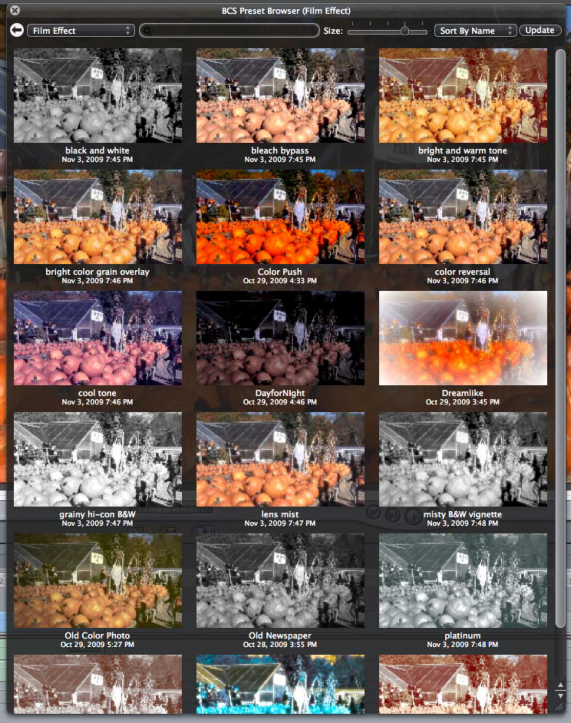 The Animated Presets feature preserve all of the original keyframe animation data and upon opening an animated preset, the user is prompted to select from two options - either preserving the original animation timing or automatically reposition the keyframes so that they fit the length of the current composition. This feature is now available in every filter in the BCC 6 product.

The BCC Optical Stabilizer filter, which automatically smoothes or completely eliminates shaky camera motion, has been revised and updated making it even easier to use than before and now provides more feedback to the user during the image analysis process.

A new Autoscale option has also been added to the filter, which automatically transform scales the locked down clip so that it fills the frame or composite window. We have also added several post transform image enhancement options, which generate very sharp and artifact free results. 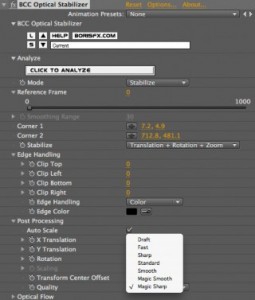 The Motion Key filter is based on proprietary optical flow technology first introduced in BCC's Optical Flow and Motion Blur filters. The Motion Key isolates and removes moving foreground objects from a clip without the need for complex masking or cloning. 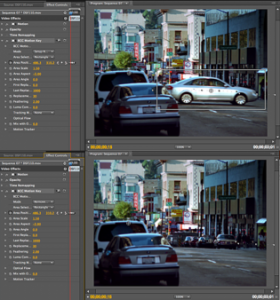 The Optical Flow clip retiming filter estimates the motion between two frames of video and renders an intermediate frame that interpolates the motion. The filter synthesizes frames needed to complete the effect instead of blending adjacent frames as most retiming applications do, with sharp and artifact free slow-motion results. 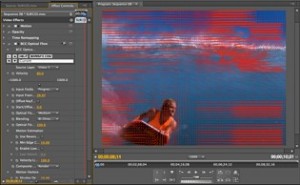 The BCC Motion Blur filter creates a realistic blur on the motion in an image, simulating the effect of shooting a moving object on film. The blur is based on the motion of the pixels in the image.

As in this example, you could apply the Motion Blur filter to a clip of a speeding car and the carʼs motion is blurred while the background does not. 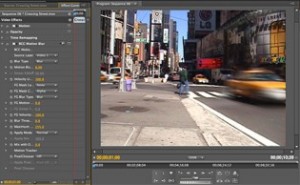 The BCC Corner Pin filter, which is used to perform 4 point motion tracking and corner pinning has been added to the Premiere Pro 4.1 host.

With this filter Premiere Pro users can track the motion of the corner points in an image and use this motion to map a second image clip to the source image clip. A typical use of the filter might be to replace the contents of a billboard or a sign or license plate on a moving car or truck.

The BCC Match Move filter is used to copy the motion from one clip and apply this motion to a second clip. This filter includes several compositing options such as edge cropping and blending, drop shadow and borders, 3D lighting, and a special light wrap feature that cane be used to blend or reflect the background image into the edges of the foreground image to enable the generation of photorealistic image composites. 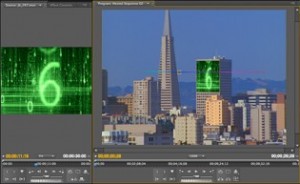 The BCC Witness Protection filter uses advanced motion tracking technology to follow the motion of a user defined group of pixels in an image, and then uses this recovered image motion to alter the selected pixels in the image clip. For instance, you can use this filter to automatically obscure the identity of a persons face using the built-in blur or mosaic effects or highlight a person in a crowd scene or a football as it is moving through the air with the built-in tint or color correction effects. 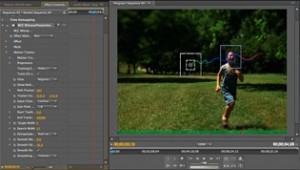