“Compositors are loving the improvements found in the new mocha Pro plug­-in,” says Ross Shain, CMO of Boris FX and Imagineer Systems. “We’ve updated the planar tracking algorithm to take advantage of OpenCL video processing and speed increases on high resolution projects are tremendous.” Shain continues, “While Mocha has played a role in VFX projects for years, the ability to now launch directly as an OFX host plug-­in helps artists quickly access tools for advanced tracking, roto, object removal and image stabilization without the added hassle of managing multiple applications and projects. Jumping back and forth between Mocha and Nuke or Fusion has never been easier.” Imagineer’s partners and customers are also appreciating the new OFX plug-­in.

According to Brigitte Bourque, Digital Effects Supervisor at award­-winning studio FuseFX, “Mocha Pro is an essential tool in our NUKE pipeline. The compositor is the steward of the work we are entrusted with. That means getting the work out on time and on budget. Every one of our compositors uses Mocha Pro to help make that happen.” 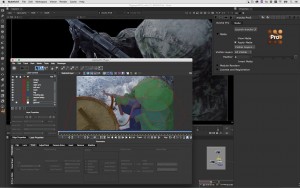 “Imagineer’s new Mocha Pro plug-in works with Fusion’s OFX support to create a seamless workflow for our VFX customers,” said Dan May, President, Blackmagic Design. “With the plug-in, VFX artists can use Mocha without ever having to leave their projects in Fusion, ultimately saving them time and allowing them to focus on the project at hand rather than workflow headaches.” 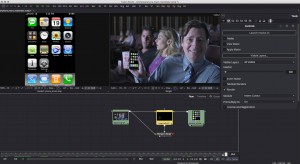