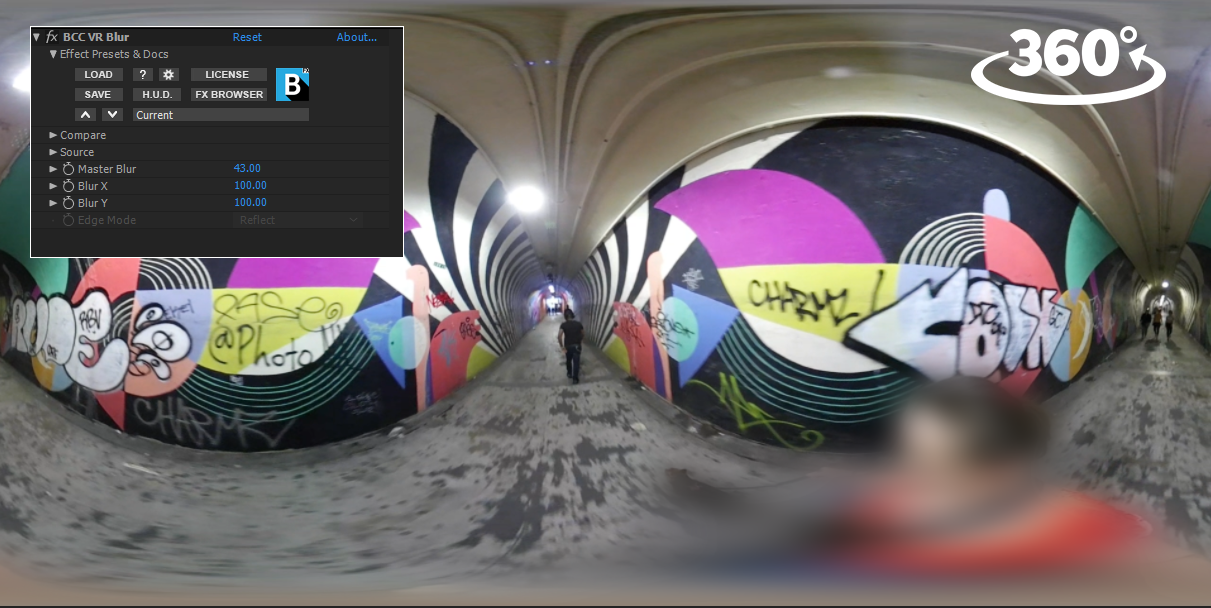 “As new 360° video cameras come to market, the post-production community needs professional tools to edit and finish in these new formats,” states Ross Shain, Chief Product Officer, Boris FX. “Many of our customers are interested in testing the workflow, so for the month of May, we are showing our support to the 360° community by making it as simple as a download.” Shain continues, “Editors new to Boris FX software will find that these high quality filters complement the existing 360° tools found in Premiere, After Effects, and FCP X, however, an additional benefit of the Continuum VR Unit is its ability to bring a 360° workflow to systems that do not natively support 360°, such as Avid Media Composer and DaVinci Resolve.”

Customers are already raving about the 360° editing toolset:

“When we are working on 8k, stereo 360° video files, we require robust tools. Continuum’s new VR Unit inside Adobe is extremely useful for professional 360 video! We recently used Continuum 11 on a stereoscopic 360/VR project for Vogue and Google and found the VR Insert and VR Sharpen filters very intuitive and quite fast!” - Lewis Smithingham, President of VR, 30 Ninjas

“I could not get by without this tool. VR Reorient enables users to reorient a 360/VR shot in true 360/VR space in either mono or stereo format.” - Al Caudullo, The 360 VR Voice

The Continuum VR Unit builds upon the success of Mocha VR, the multi-award winning 360° toolset for advanced effects and finishing tasks like camera stabilization, object removal, nadir patching, tracking, and masking, also developed by Boris FX. Together, the Continuum VR Unit and Mocha VR, give 360/VR editors and artists a powerful, streamlined workflow to work more easily and efficiently inside 360° project timelines.