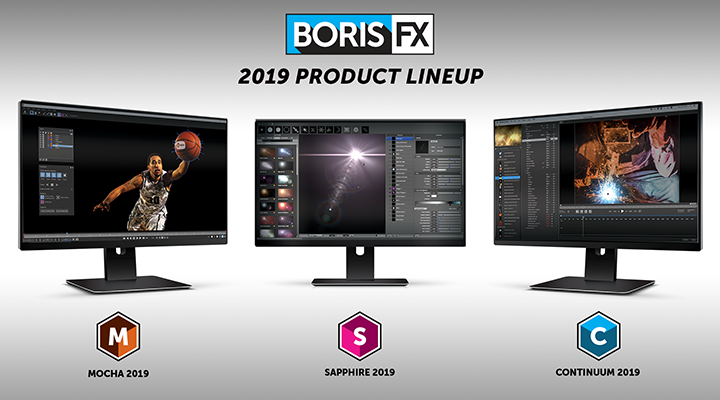 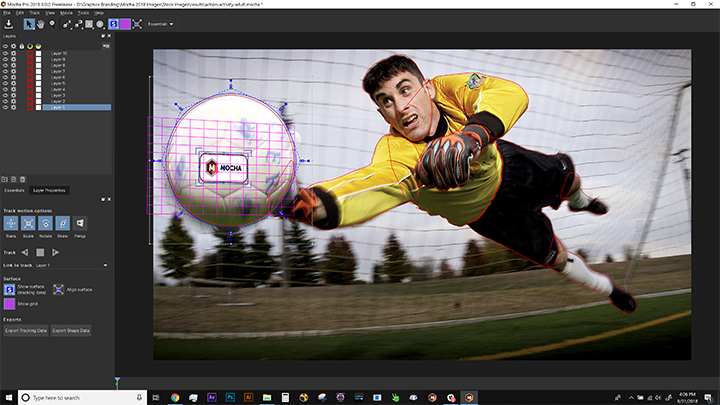 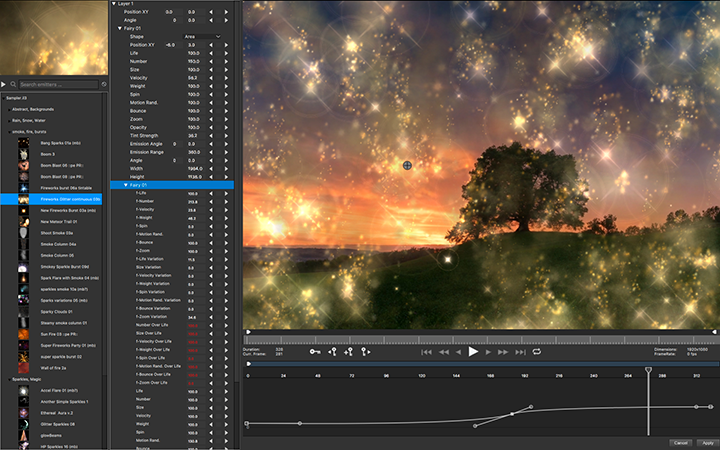 Particle Illusion is a major new addition to the Continuum package. The completely redesigned high-end motion graphics generator (sparkles, smoke, fireworks) features a speedy GPU-accelerated engine in a simple, easy-to-use interface. The new Particle Illusion plug-in will be released later in 2018 as part of Continuum 2019 and the Continuum Particle Unit.

“I’m so excited to see Particle Illusion up and running again, in a modern UI, and also available for new host applications like Media Composer and Resolve. Even though it was created almost 20 years ago, the complexity and beauty of some of its effects are still unmatched.” - Alan Lorence, Product Manager, Boris FX (former Wondertouch founder and GenArts product manager) 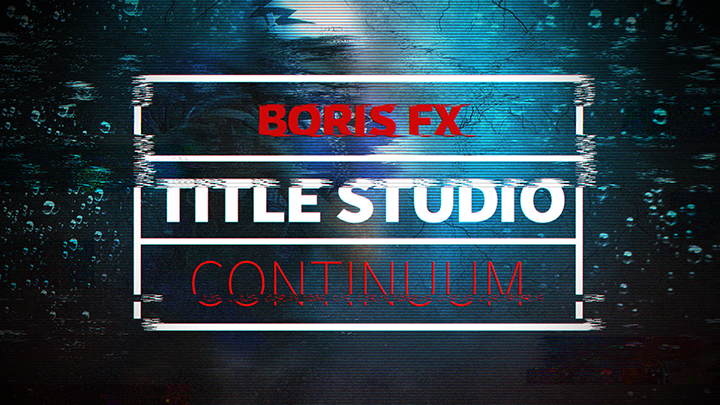 “Boris FX is continually adding tools to Continuum to not only fix common editorial and VFX issues but also give us awesome effects to take our work to the next level. The inclusion of Particle Illusion in Continuum 2019 adds a new layer of realism. It looks great, previews lightning quick, and comes with a ton of presets to get you going in the right direction. This, plus the addition of Title Studio’s real-time Image Processing Shaders (Glows, Blurs, Light Sweeps, Light Rays, etc.), gives us so many more creative options when working on text looks!”  - Kevin P. McAuliffe, Senior Editor, Extreme Reach Toronto 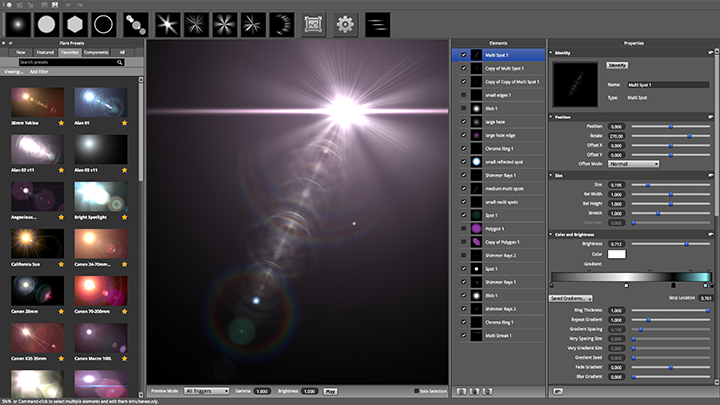 “Sapphire 2019 is a great new addition to my toolset. The new Lens Flare tool allows me to produce some truly stunning photo-realistic flares in my work.” - Damien LeVeck, Owner/ Editor, Skubalon, Inc.

The new Boris FX App Manager gives users a unified and easy-to-use interface for activating, deactivating, and reviewing licensing of any installed Boris FX application (including Sapphire, Continuum, and Mocha Pro) on their systems. The App Manager also automatically alerts users to new releases and updates for all installed Boris FX applications and allows product installers to be directly downloaded from within the App. The App Manager is yet another example of how Boris FX is dedicated to providing post-production teams with the most efficient workflows.