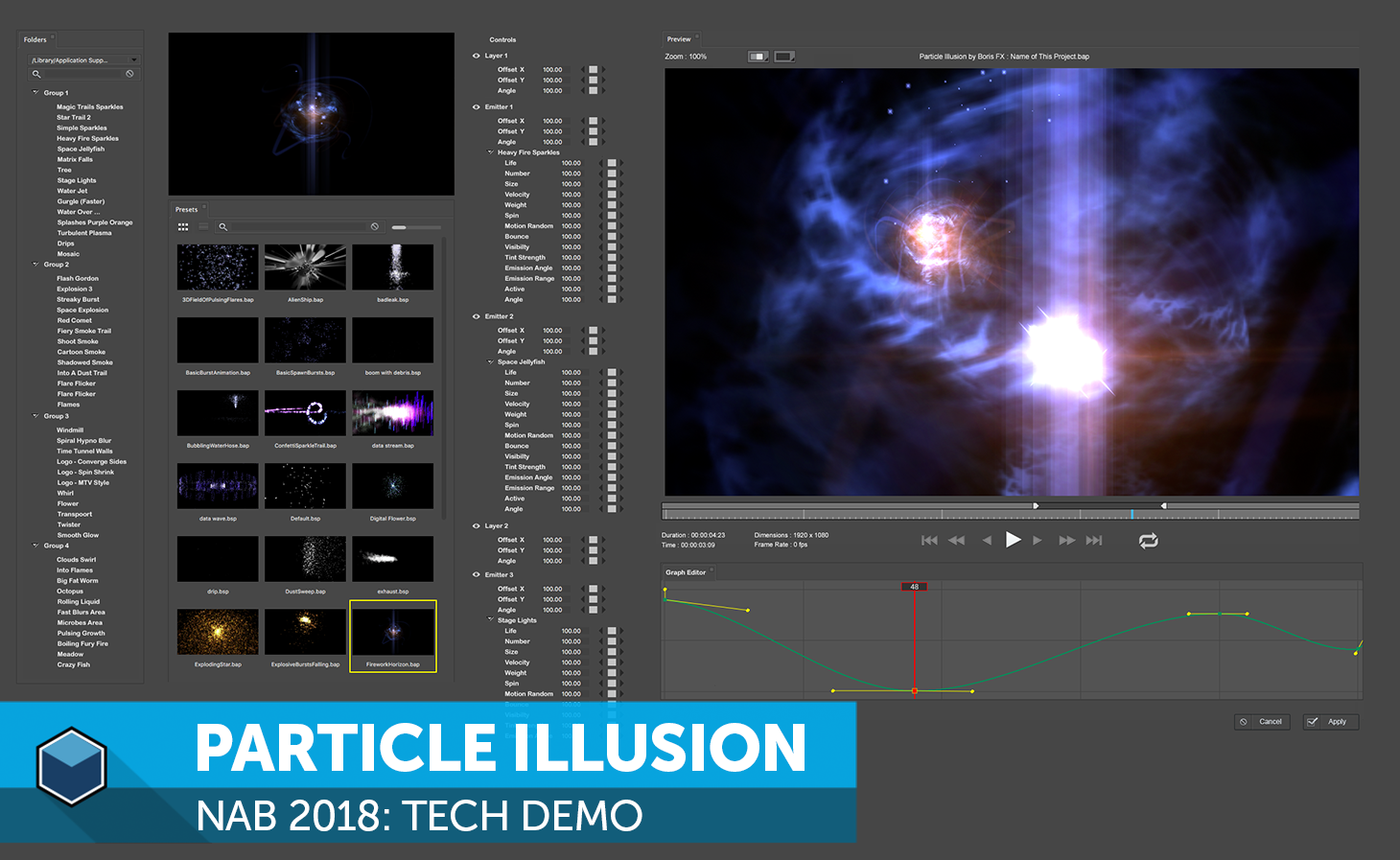 “We’re excited to preview new versions of Sapphire, Continuum, and Mocha, plus announce the reboot of Particle Illusion,” says Boris Yamnitsky, Boris FX Founder & President. “We have listened to our customer base and have taken on multiple initiatives that will greatly enhance the workflow for editors, motion graphics, and effects artists. Mocha will have a streamlined user interface to improve the tracking and masking found in all our products, and the new Boris App Manager provides our customers with a welcome centralized utility for quick and easy installation and licensing management.” Yamnitsky continues, “Another highly-requested feature was to bring back Particle Illusion. We have responded by reengineering and designing this application from the ground up. The NAB show is a great opportunity for customers to meet the team and learn more about our core commitment to developing the most robust professional tools for the broadcast and post-production industry.”

The Boris FX Suite is a bundle product making the industry’s three most popular plug-in packages (Sapphire, Continuum, and Mocha Pro) available together on one license with cost effective pricing, purchase, and subscription options. The Boris FX App Manager is a new utility that unifies licensing and application management for all Boris products.

Particle Illusion creates brilliant motion graphics elements, such as sparkles, smoke, and fireworks with a lightning fast GPU-accelerated engine in a simple, easy-to-learn interface. NAB attendees can preview a technology demo of the new Particle Illusion plug-in which will be released later in 2018 as part of Continuum 12 and the Continuum Particle Unit.

The broadcast industry’s most widely used plug-in packages for editorial and finishing will be previewing new technology and enhancements:

Boris FX customers can now stay on the most current versions of the Sapphire, Continuum, and Mocha for a low-cost fixed annual price ($195-$495, varies by product). The Upgrade & Support plan provides customers with automatic upgrades, better licensing and management, full phone and email support, unlimited burn and render licenses, and more. Learn more.