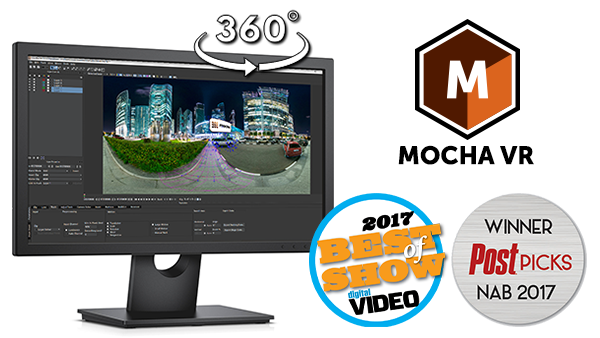 It’s a 360 world and we’re living in it — making 360/VR post & VFX workflows easier. We were super excited to bring Mocha VR to the mecca that is NAB. It was inspiring meeting all you 360 filmmakers, artists, and general movers & shakers in this burgeoning (and fun!) industry. 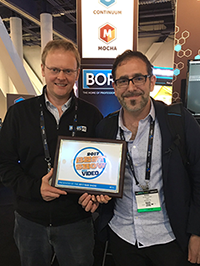 The icing on the cake? Taking home the NewBay Best of Show Award from Digital Video and being named a Post Magazine’s 2017 Post Pick.

“Mocha VR’s planar tracking in combination with roto help us fix the situations that were generally unfixable before with great ease. We work much faster and we are able to deliver a better looking product to the client." - Judith Samper, Koncept VR, VR Post Production Specialist. (Read the full story.)