Louis Savy is just one of those people: ebullient, expansive, and very knowledgeable about films – especially the sci-fi genre.

In 2002 after a dinner party conversation, he started a festival to prove a point. The vision was to bring usually unseen films to a wider audience and encourage viewers to approach the entries as mainstream movies – show them it’s not just aliens and monsters.

At the same time he wanted to expand his theory that it was all about the story. “Those monsters are not enough on their own to make an engaging film,” he says. This is how the 48 Hour Film Challenge was born, which now forms an important part of the festival. 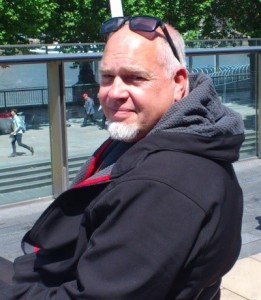 Another of Louis’ crusades is to break the common perception among filmmakers that sci-fi has to be expensive due to all the effects required. To this end he is actively pursuing  companies like Boris FX, and getting them  involved to show what can be achieved when Hollywood-level effects are wanted but budget seemingly won’t allow for them.

Boris FX has been developing visual effects software since 1996, so knows a thing or two about creating screen magic. Most TV stations around the world use Boris FX software, but that doesn’t mean it is prohibitive for lower budget projects. With today’s low-cost plugins on host software like Adobe, Apple, Sony, and Black Magic, visual effects have never been so accessible – and easy to use.

“We needed a vfx partner to show our filmmakers how to add the ‘wow’, and give them choices they may not have had before. With an industry leader like Boris FX supporting us, professional tools and effects are now available to anyone who enters the Challenge," says Louis.