3D Dimensionalization®: The Evolution of In-Three’s 2D to 3D Conversion Workflow
“Dimensionalization, the process of creating a 3D image from a 2D image, provides film directors with a level of artistic control that is generally not obtainable using stereo cinematography or automated techniques such as those using motion detection. When we convert films to 3D, we think in terms of the style and the degree of Dimensionalization required for each scene. This helps us determine the way we use our tools to create the desired impact, at an appropriate cost and in an appropriate time frame.”

Thus begins the white paper written by the founders of In-Three and the creators of an innovative 2D to 3D conversion process they’ve created called Dimensionalization.

What started as a R&D initiative in 2000 to discover methods to convert 2D movies to 3D developed over the next five years into an evolving practice. By 2005, In-Three had developed a workflow and a deep understanding of what goes into a successful 3D conversion. And their timing couldn’t have been better.

While In-Three has been perfecting Dimensionalization, demand for 3D content has been steadily rising, and Hollywood has been answering the call with an impressive string of block buster 3D films which are not only driving an accelerated 3D production schedule for new films, but is also making the industry look at their catalogue titles films in a new light and think about how they can be repackaged in 3D.

The Workflow
Alex Torres of In-Three explains: “At the heart of 3D Dimensionalization is a process for creating stereoscopic depth, in which we isolate literally hundreds of objects within a single image. 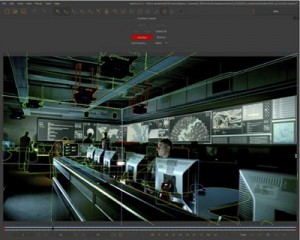 As this process evolved, we realized that, at its core, was a substantial roto effort. Typically, VFX is a procedural, layered process. You keep working on a project – layering in effects – until you come to the desired look. 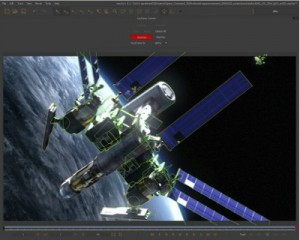 But with Dimensionalization, we already know what we’re trying to achieve; the best 3D effect possible, while maintaining the artistic and technical integrity of the original material. So, a ton of roto and paint, combined with some of our own proprietary software, which we call Intrigue, is required to create the ultimate 3D effect.”

After many iterations of R&D, the workflow was perfected, and by 2007, In-Three realized that since roto played such a large role in the process, it was time to find a solution that better fit their needs, could handle the massive amount of roto and tracking, and most importantly, could start cutting down the incredible number of hours that went into the process. That’s when we found Mocha from Imagineer Systems. It’s powerful planar tracker and easy to use interface made it a shoe in when we first started testing with it.”

In 2008, Disney and Bruckheimer films were readying the release of G-Force and turned to In-Three to handle the live-action 2D to 3D conversion while Sony Imageworks handled the conversion of the CG animation integrated scenes. “This was our opportunity to go full scale with our newly developed workflow. With all the pieces in place with our proprietary solution, and with Mocha integrated nicely into our pipeline, we could confidently take on this challenge.”

The results were a huge success. Just last month, the entire G-Force 3D team was recognized by the International 3D Society, winning the 2D to 3D Conversion Project of the Year for their groundbreaking work on G-Force.

“In fact it was so successful, Disney came back to us with their newest challenge: Alice In Wonderland!”

The Challenge is in the Details
“Alice in Wonderland proved to be a fairly challenging film. Some of the greatest challenges we experienced were not in the grand, large action scenes, but rather in the finest of details. Women had wispy hair, there were leafy trees, and lots of organics. 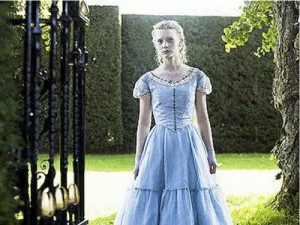 Disney and Burton wanted to retain these details in the final stereo result, so we had to plan out carefully as to which techniques would be used on each shot. We must have gone through every matte creation process out there. This also meant a ton of roto was needed. Mocha was integral in this facet, it’s a speedy little app and it fits snuggly in our pipeline.”

In-Three was again charged with converting scenes from the prologue and the epilogue of the film that were primarily live action. Elements created at Matte World Digital and Café FX were integrated into some shots as well. In the series of shots in which Alice is receiving a marriage proposal in a gazebo, the depth of field made the edges of Alice slightly soft. 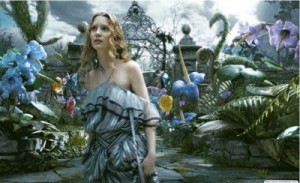 “Fortunately, our roto team could handle the majority of the object and body work, while another team took care of the wisps of hair that were poking out of her bobbed hair style. What made the wisps so interesting in this example was the gazebo behind her. Alice has thin, semi transparent blond hair. It is completely visible every time she is directly overlapping the gazebo, but less so when she overlapped the sky. When we created the stereo pair, hair that overlapped the gazebo was now overlapping the sky, and vice versa. We had to make sure we compensated for this in our final stereo composite to give it realistic stereo contrasts.”

“During the epilogue of the film, Alice is getting ready to set sail abroad. The shot began with a camera close-up, then craning away to a wide shot. Consequently, the depth of field starts somewhat shallow and goes very wide. The schooner she is on has riggings and sails moving with the wind and, of course, there is her own hair again. Needless to say, this shot took some time and effort to complete; tremendous amounts of roto, matting, camera tracking, depth grading and paint work went into making that one. The cherry on top was a stereo CG butterfly added by Café FX after we finished the stereo conversion. These types of shots need such special attention, not just because of the elements involved, but because of the nature of the shot itself. These shots look great in 3D and people have a tendency to let their eyes wander around the scene. The shot looks great; we were very pleased with the result.”

“Alice in Wonderland was full of these types of challenges. We are very fortunate to have such talented artists who are trained to look for these types of details. Having good toolsets, such as Mocha and our own proprietary applications, helps considerably as well.”

Stereoscopic 3D films have taken cinema by storm and will continue to dazzle audiences in 2010 and beyond. With the number of 3D cinema screens world-wide projected to rise from 2,500 to over 7,000 in 2010 and over 15,000 by 2013, In-Three is well positioned for new growth and is already managing an exciting line-up of projects for 3D films already in the pipeline.

About In-Three
Organized in 1999 to pioneer research and development in stereoscopic reconstruction of two dimensional images, In-Three, Inc. developed and patented a process called Dimensionalization® that makes it practical to convert 2D films into high quality, artifact-free 3D films.

In-Three is unique in offering a director the ability to select the dramatic impact appropriate to each scene. It does this by providing a range of style and degree choices (see white paper located in technical documentation). This capacity to incorporate artistic intent in 2D to 3D reconstruction is an inherent and distinguishing feature of Dimensionalization.