GUILDFORD, UK (January 16, 2013) — Imagineer Systems today announced it has been honored by the Academy of Motion Pictures Arts and Sciences with a Scientific and Technical Award for Mocha and its Planar Tracking technology.

The Academy formally announced last week that nine scientific and technical achievements represented by 25 individual award recipients will be honored at its annual Scientific and Technical Awards Presentation at The Beverly Hills Hotel on Saturday, February 9, 2013. Imagineer Systems’ Philip McLauchlan, Allan Jaenicke, John-Paul Smith and Ross Shain were selected as a winner for Mocha and its underlying Planar Tracking technology. The Company was recognized for their proven record of contributing significant value to the post-production process of making motion pictures.

“It is truly an honor to be recognized by the Academy for mocha and Planar Tracking. We are humbled to be in such esteemed company,” said J-P Smith, CEO of Imagineer Systems. “We first set out to develop an innovative approach to solving complex image processing challenges. Our result was a software solution that simplifies and automates some core tasks essential for visual effects and post production: motion tracking, rotoscoping, and object removal. Today, thousands of artists are using mocha to save time on manual processes, gaining efficiencies and the time to be more creative. As a small company so far away from Hollywood, it’s the ultimate validation and satisfaction to be recognized by the most sought-after and respected awards establishment, The Academy of Motion Picture Arts and Sciences.”

Over the years, Imagineer’s Mocha software has gained acclaimed notoriety within Hollywood’s visual effects community for its ability to “motion track” problematic footage such as out of focus and marker-less areas helping enable a technique called ‘digital makeup’ or ‘seamless effects.’ Visual effects artists use planar tracking to magically transform actors and locations without requiring timely makeup sessions and expensive sets, allowing directors to make important creative decisions long after the performance has been captured. Capturing accurate movement is essential and mocha has been involved in some famous digital makeup examples such as the snake-like noseless Lord Voldemort in the Harry Potter films, replacing Mystique’s eyes in X-Men and helping Natalie Portman undergo an amazing transformation in Black Swan.

Los Angeles based,LOOK FX is a visual effects studio that has delivered effects shots on Academy nominated films:Life of Pi, Moonrise Kingdom and 2011’s Black Swan.  Look FX artist, Buddy Gheen was faced with difficult tracking challenges on Black Swan: matching actress Natalie Portman’s movements for the famous ‘transformation’ sequence. Gheen commented, “On this shot, the actress’ body movements made the motion nearly impossible to pick up. With no tracking markers, all the wild camera movement, the mocha track was perfect. mocha stands alone; there is not a single product out there that can do what mocha’s planar tracker does!”

Jake Morrison, VFX Supervisor with Marvel Studios and GOAT VFX is an industry veteran.  He’s credited with the VFX work on an impressive list of films, including Marvel’s The Avengers, The Lord of the Rings: The Two Towers, and is currently VFX Supervisor for Thor 2: The Dark World. “Every now and again comes a piece of technology like Imagineer’s mocha that genuinely improves the life of the VFX artist. It’s enabled me to do things in a fraction of the time I expected them to take, but also with amazingly repeatable results across many different types of footage. It offers an artist the ability to achieve results that would have been extremely time-consuming otherwise and, quite often, impossible without resorting to full plate reconstruction. It may actually be “voodoo” for all I know. Either way, it’s genuinely an amazing bit of technology and I’m delighted to hear that the Academy has recognized it.”

Level 256 VFX is a modern digital artist collective based in Los Angeles that specializes in everything 2D and 2.5D. In 2012 alone, Level 256 delivered effects shots on The Bourne Legacy, Battleship, The Dictator and This is 40. Level 256 is a long-time mocha user and has made it a key component in its VFX workflow. Says Scott Davids, owner and visual effects supervisor, “Level 256 Visual Effects has been using Imagineer Systems’ products for years and it has continuously allowed us to execute and troubleshoot difficult shots time and time again.  Not only has mochasaved us time and money, but it has also helped us re-imagine ways to approach complex problems.  We would like to congratulate them on this amazing honor and special achievement.” 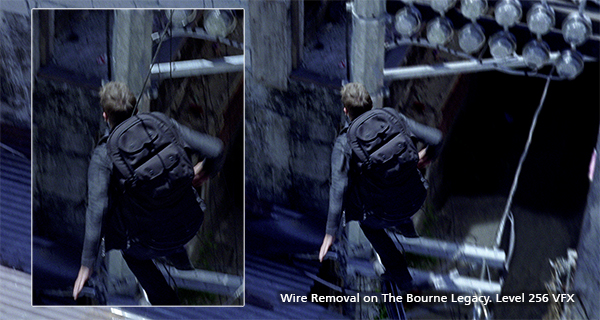 Planar Tracking has also become an important part of the technical process used to convert feature films from 2D to stereo 3D. To convert films, almost every object within every frame has to be segmented, a process called rotoscoping. mocha adds significant time savings in the rotoscoping and object removal process and has proven to be invaluable to customers at major post production and stereo conversion facilities around the world on 3D blockbuster sensations as Alice and Wonderland, Harry Potter and the Deathly Hallows Part 2, Transformers: Dark of the Moon, and Titanic 3D.

Imagineer Systems Ltd is the Academy Award winning developer of visual effects solutions for film, video and broadcast post production markets.  Imagineer Systems has made its mark on such marquee Hollywood blockbuster productions as The Hobbit, Black Swan, The Amazing Spiderman, Invictus, and the Harry Potter series. Imagineer’s desktop product line consists of mocha Pro™ - roto, planar tracking, compositing, and removal utility; mocha AE™ - a planar tracking and roto utility designed for After Effects and Final Cut Pro users.  Imagineer Systems was founded in 2000 and its headquarters is located in Guildford, United Kingdom.