“mocha Plus brings in loads of new features designed to make your day just that much better,” comments Ben Brownlee, Curious Turtle Professional Video. “The new keyboard shortcut profiles means that you don’t have to make that mental leap when switching between applications – just match up your favorites and go. Working with Creative Cloud, the new export ability to Premiere Pro lets me take in multiple complex masks directly without round-tripping in After Effects. For tasks that can be done in the NLE, this means fewer files to manage, easier corrections and faster results. Boo ya!” 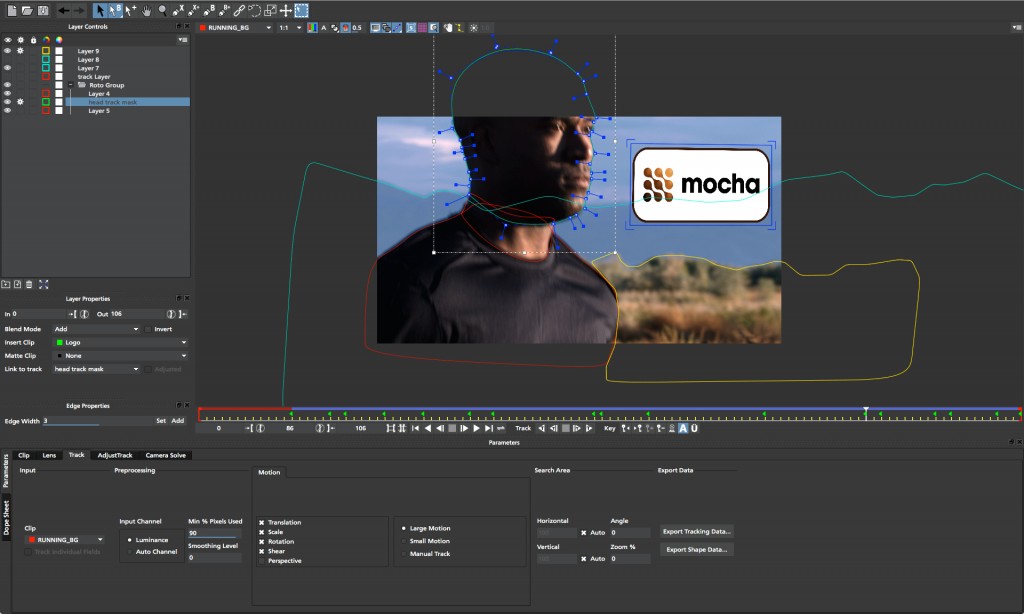 Discover What’s New in mocha Plus

In February 2013, Imagineer Systems was honored by the Academy of Motion Pictures Arts and Sciences with a Scientific and Technical Award for mocha and its Planar Tracking technology. mocha was recognized for its robust tracking features and widespread adoption in the VFX industry.

Over the years, Imagineer’s mocha software has gained acclaimed notoriety within the film and video community for its ability to “motion track” problematic footage such as out of focus and marker-less areas helping enable a technique called “digital makeup” or “seamless effects.” Visual effects artists use planar tracking to magically transform actors and locations without requiring timely makeup sessions and expensive sets, allowing directors to make important creative decisions long after the performance has been captured. Capturing accurate movement is essential and mocha has been involved in some famous digital makeup examples such as the snake-like noseless Lord Voldemort in the Harry Potter films, replacing Mystique’s eyes in X-Men and helping Natalie Portman undergo an amazing transformation in Black Swan.

Imagineer Systems Ltd is the Academy Award-winning developer of visual effects solutions for film, video and broadcast post-production markets. Imagineer Systems has made its mark on such marquee Hollywood blockbuster productions as The Hobbit, Black Swan, The Amazing Spiderman, The Wolf of Wall Street, and the Harry Potter series. Imagineer’s desktop product line consists of mocha Pro™ – roto, planar tracking, compositing, and removal utility; mocha Plus™ – a planar tracking and roto utility designed for Adobe After Effects, Premiere Pro and Final Cut Pro users. Imagineer Systems was founded in 2000 and its headquarters is located in Guildford, United Kingdom.