Join Us at NAB 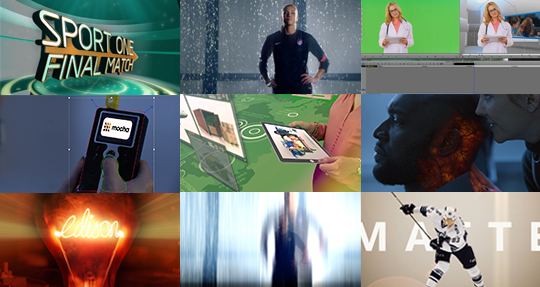 We're getting excited for this year's annual NAB Show (April 13-16) in sunny, warm Las Vegas! We'll be teaming up with our friends at Imagineer Systems   to present awesome new time-saving technologies and vfx tools jointly developed for the first-time by the Boris FX and the Imagineer teams. Swing by the booth SL4225 to find out how we're making your job even easier and win raffle prizes!

Plus, get into the exhibit hall FREE on us until March 27th with code: LV3963  Register here.

We hope to see you there!

Eran has over two decades of experience in the Post-Production industry. His background as a commercial artist and TV post-production designer combined with a passion for teaching has led Eran to be a highly sought after speaker and recognized Adobe expert. He founded SternFX.com in 2007.

Angie runs Creative Cabin – a studio near Brighton in the UK that provides training for motion graphic designers, animators, and video editors. She’s trained teams at BSkyB, ITV, the BBC, and MTV to name a few. She is also a product specialist for Adobe and a Lynda.com author.

Kevin is a Senior Editor at Extreme Reach Toronto, working in HD post production. He has been in the television industry for over 13 years, and cuts on the latest versions of Avid Media Composer and Apple Final Cut Pro.

Martin is Imagineer’s Product Manager and excellent resource for all things mocha. He is known for his comprehensive tutorials and is based in Melbourne, Australia. Before joining Imagineer, Martin was a lead animator and active forum leader on VFXtalk.

Ben is a digital media specialist with a range of skills in both production and post-production, focused mainly on visual effects. Since 1999, he has worked on commercial, broadcast, and film projects across the globe.

Peter has a background in image retouching, compositing, and color grading and is currently the Senior Product Manager at Boris FX. He has been involved in the design and development of 2D and 3D VFX and image processing software since the mid ‘90s.