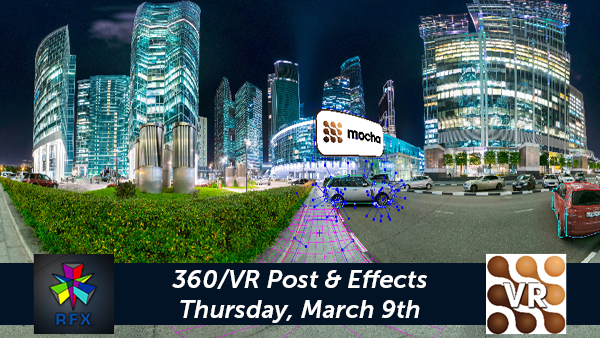 Join Ross Shain of Imagineer Systems as we debut Mocha VR in LA for a night of all things 360/VR!

Why 360 Video? The 360° and VR video movement is growing rapidly leaving editors and post facilities with many challenges to keep up with. This special event features VFX and post-industry veterans sharing the experience, tips and techniques you need to take on 360 post projects.