WisdomVR’s latest documentary is its most ambitious project to date. Inside COVID19 is a harrowing intimate look at what it was really like to be on the front lines of COVID-19 last summer and at the virus itself. The immersive documentary, which is currently nominated for an Emmy (Outstanding Interactive Program), was shot entirely in 360 stereoscopic VR and relied on the Boris FX Mocha Pro planar tracking plugin and Remove Module on nearly every single shot. 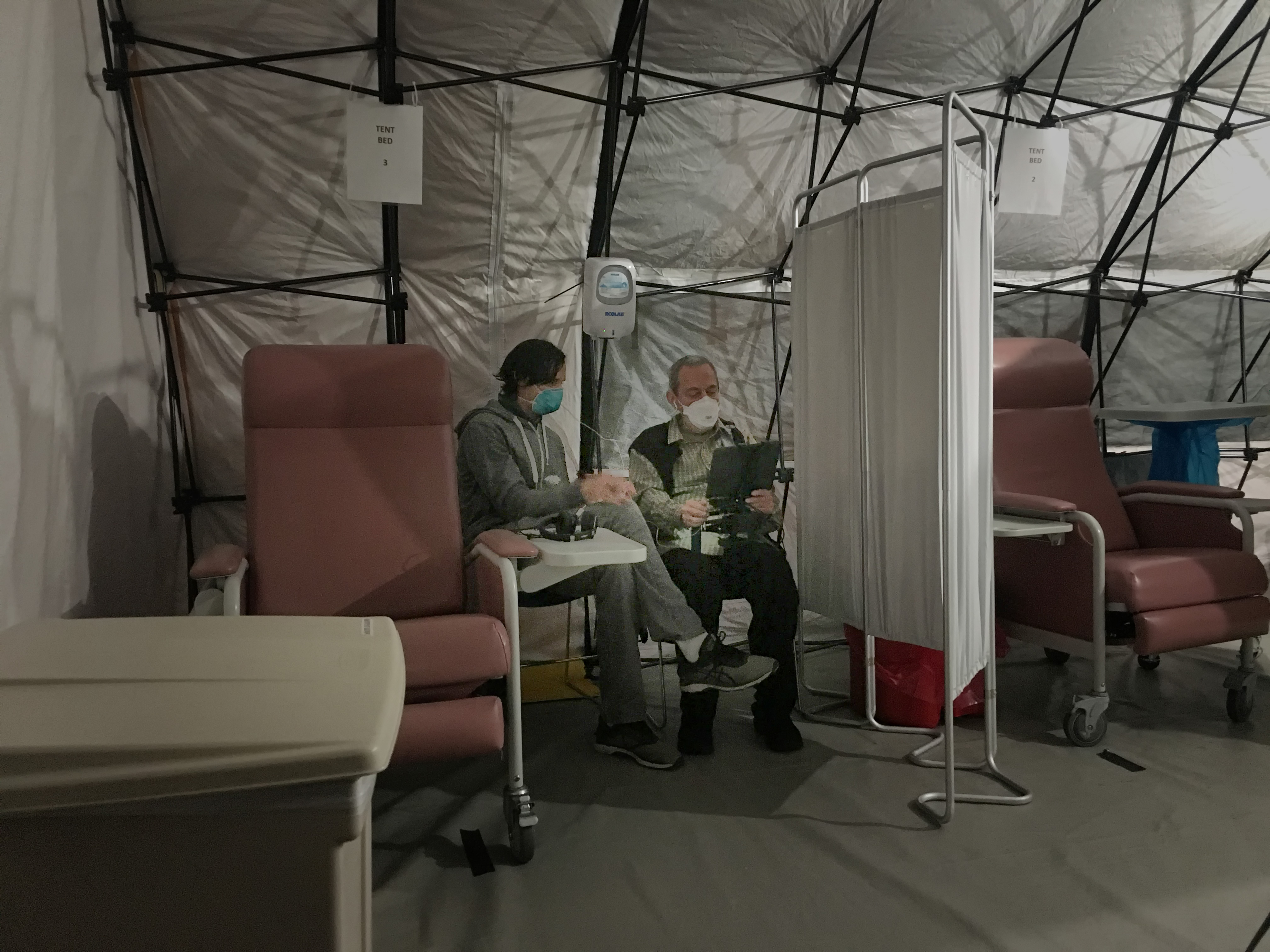 The small team at WisdomVR was stopped in its tracks in early March 2020 (much like the rest of us) right as the non-profit was hitting its stride. “To be honest, once we shut down production, we had no idea we’d be jumping into a major project about the pandemic. It looked like 2020 was going to be a lost year for us, which was sad because we had finally developed our own ‘special sauce’ for telling stories about the human condition using immersive tools,” says Gary Yost, producer and co-director. “But when the universe presents you with one of the most important stories of your time along with a character who can guide you through it, you can’t say no.”

A friend had told Yost about Josiah Child, an emergency room doctor who had himself barely recovered from a life-threatening case of COVID-19. Child also had a degree in philosophy. “I set up a meeting with Josiah, myself, and my directing partner Adam Loften, and it was instantly clear that he was perfect to guide us through this moment in time,” continues Yost. “Josiah’s insights helped us frame the pandemic on both a personal and meta scale… just speaking with him was comforting at a time when we were all very afraid.”

The team spent the next six months on the documentary from writing funding proposals to traveling and shooting in New Mexico on their ZCAM V1 to integrating stereoscopic 3D animation for the first time ever to its release last November. The final result is a 35-minute documentary — a rarity in the 360VR stereo space. Read more about How To Tell Inspiring Immersive Stories with 360/VR Technology: A Q&A with WisdomVR.


One obstacle amongst many in 360 filmmaking is removing the camera rigs inherent to the medium. Yost and his colleague David Lawrence, who tackled 360 post-production, turned to Mocha Pro inside Adobe After Effects to remove the camera rigs throughout the film after stitching was completed with MistikaVR. The duo tracked every shot except one using Mocha Pro. Each shot was tracked regardless of whether the camera was locked down to take advantage of the powerful Remove Module. “Mocha Pro is unique in the industry — it’s an affordable, efficient Hollywood-grade tool that works across a wide range of platforms,” comments Yost. “I can’t imagine working on a project without it. I love how far the tool has come over the past few years. PowerMesh tracking in 2021 is huge!”

“We often track for just the first few seconds of static removes, which is enough if the camera doesn’t move at all during the shot. This is a much faster workflow for static shots,” notes Lawrence. “Mocha’s Illumination modeling is an absolute godsend. I don’t know how we’d pull off matching shots with changing lighting without it. I do most of my compositing work inside After Effects and it’s easy to jump back and forth between Mocha Pro and AE. This quick back and forth is important because making a good stereo comp is an iterative process. I use an HTC Vive to check my work in stereo and make adjustments in either Mocha or AE depending on the task.”

“You have to be able to see the effects of your changes as you make them, otherwise it’s virtually impossible to do a good job. Working with the Mocha Pro plugin inside After Effects makes this near real-time feedback possible,” continues Lawrence. “Gary did the bulk of the static removes. I worked on the more challenging ones like the ones where the camera was mounted to the passenger seat of a moving car. With good clean plates it totally worked! I can’t imagine how I’d do this without Mocha.” Read the breakdown of Inside COVID19’s most challenging shot. 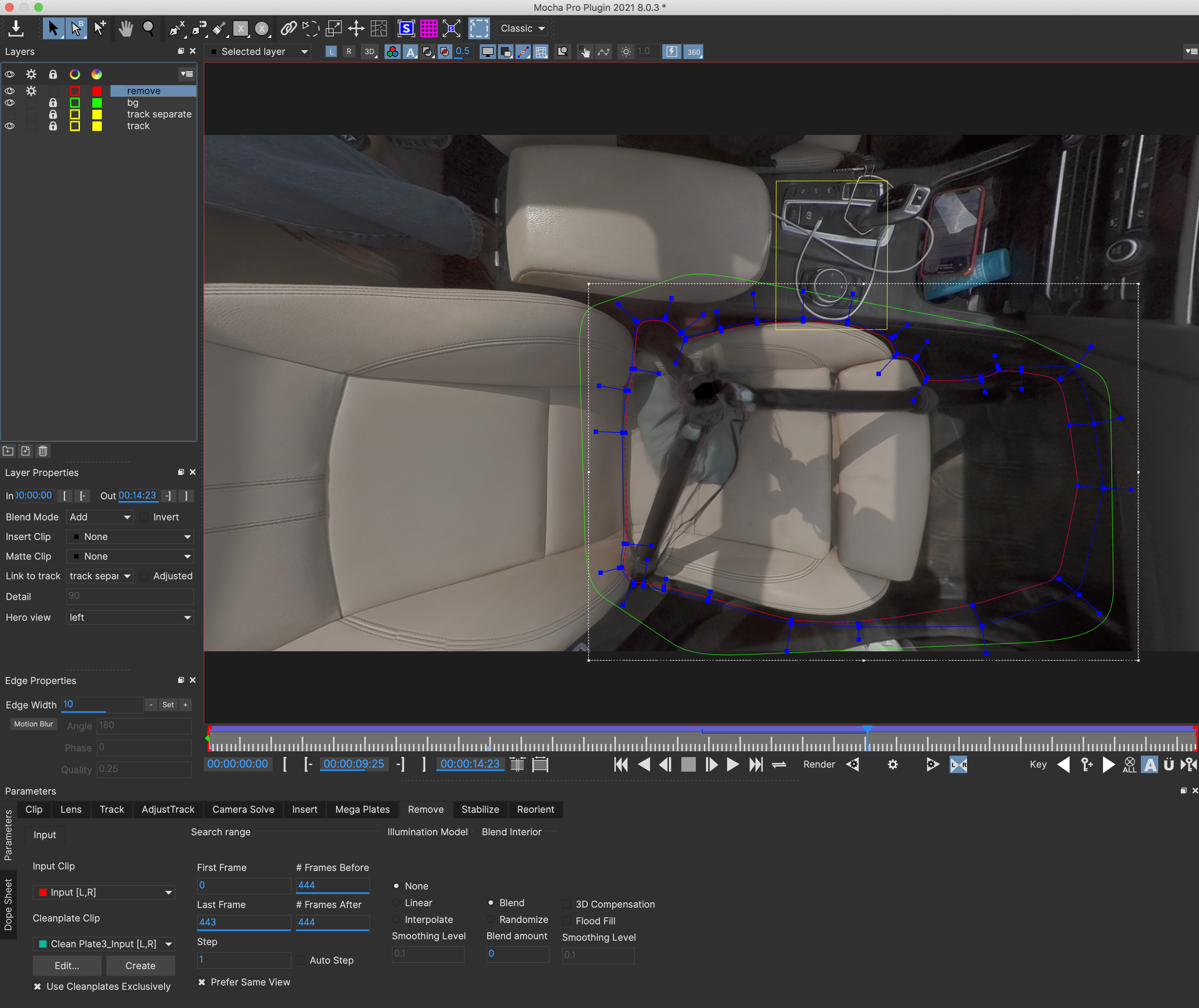 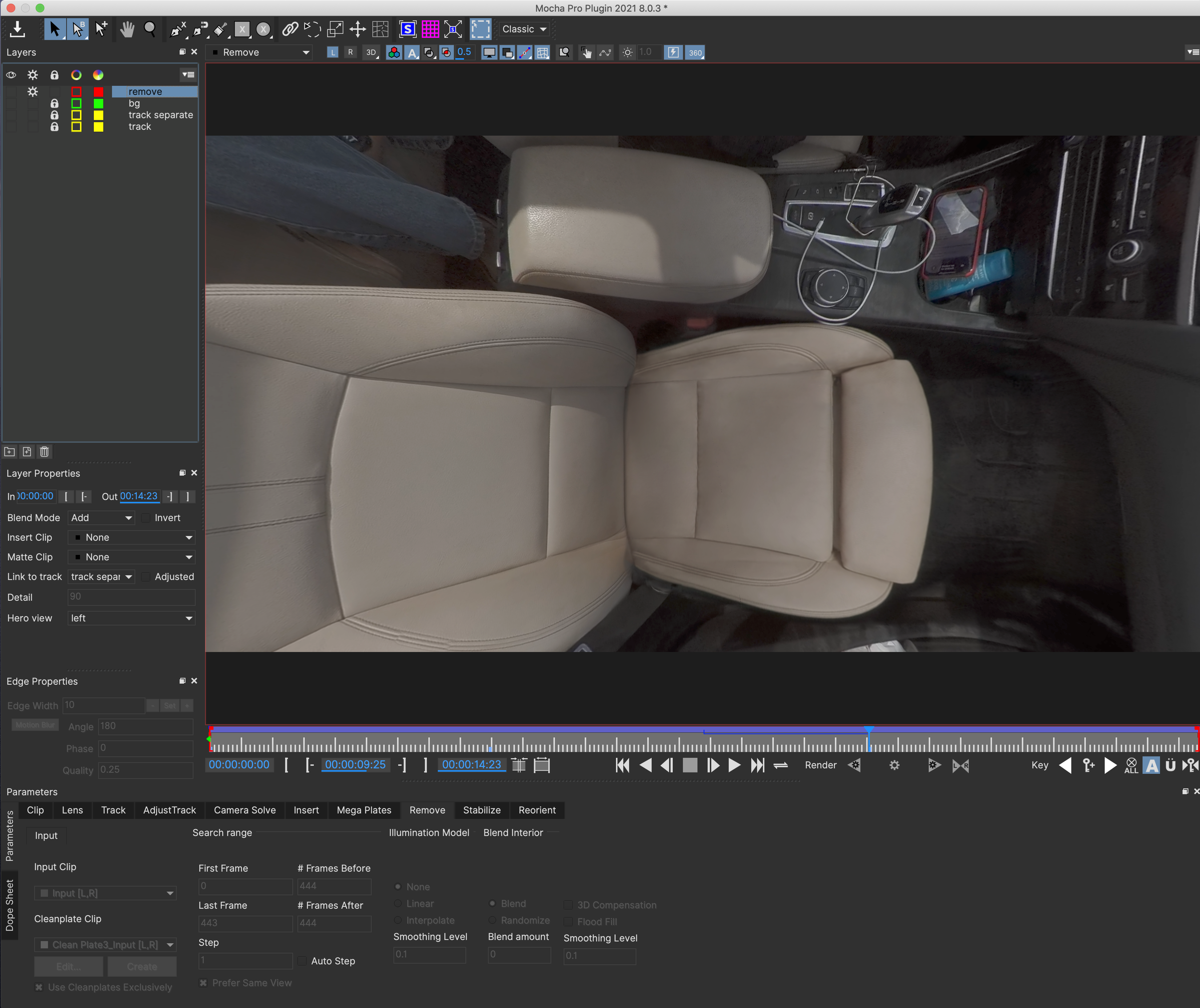 In addition to its Emmy nomination, Inside COVID19 has recently caught the eye of Barrie Osborne, Academy Award-winning producer, Lord of the Rings; executive producer, The Matrix, as well Alvy Ray Smith, the co-founder of Pixar.

“It’s encouraging to be recognized for the effort that went into making Inside COVID19, which may still be the only VR film about the pandemic,” ends Yost. “As you can imagine it was challenging in 2020 to take on such an ambitious project so being nominated for an Emmy is a real accomplishment for our tiny nonprofit.”

“We’re a small, independent production team. To be standing alongside industry leaders like Felix & Paul is a dream come true and a testament to the quality we strive for with our work at WisdomVR,” adds Lawrence. “We are honored and grateful for this level of recognition.”

Learn more about WisdomVR and donate to the mission