Shane Ross is a post-production vet with his feet planted firmly in both offline and online editing worlds. The LA-based freelancer focuses primarily in offline creative documentary work and the occasional reality TV series featuring a historical perspective for channels like The History Channel, Discovery Channel, and National Geographic. “I try to make sure that I keep up my skills in both categories, so that I can be what a friend called ‘recession proof.’ That is to say, when a series I’m creative cutting wraps, it might be awhile before the next project comes along,” says Ross. “In the meantime, I can look for work as both an online and offline editor. And, onlining at the same time as offlining means I can save up money for the inevitable hiatus between jobs.” 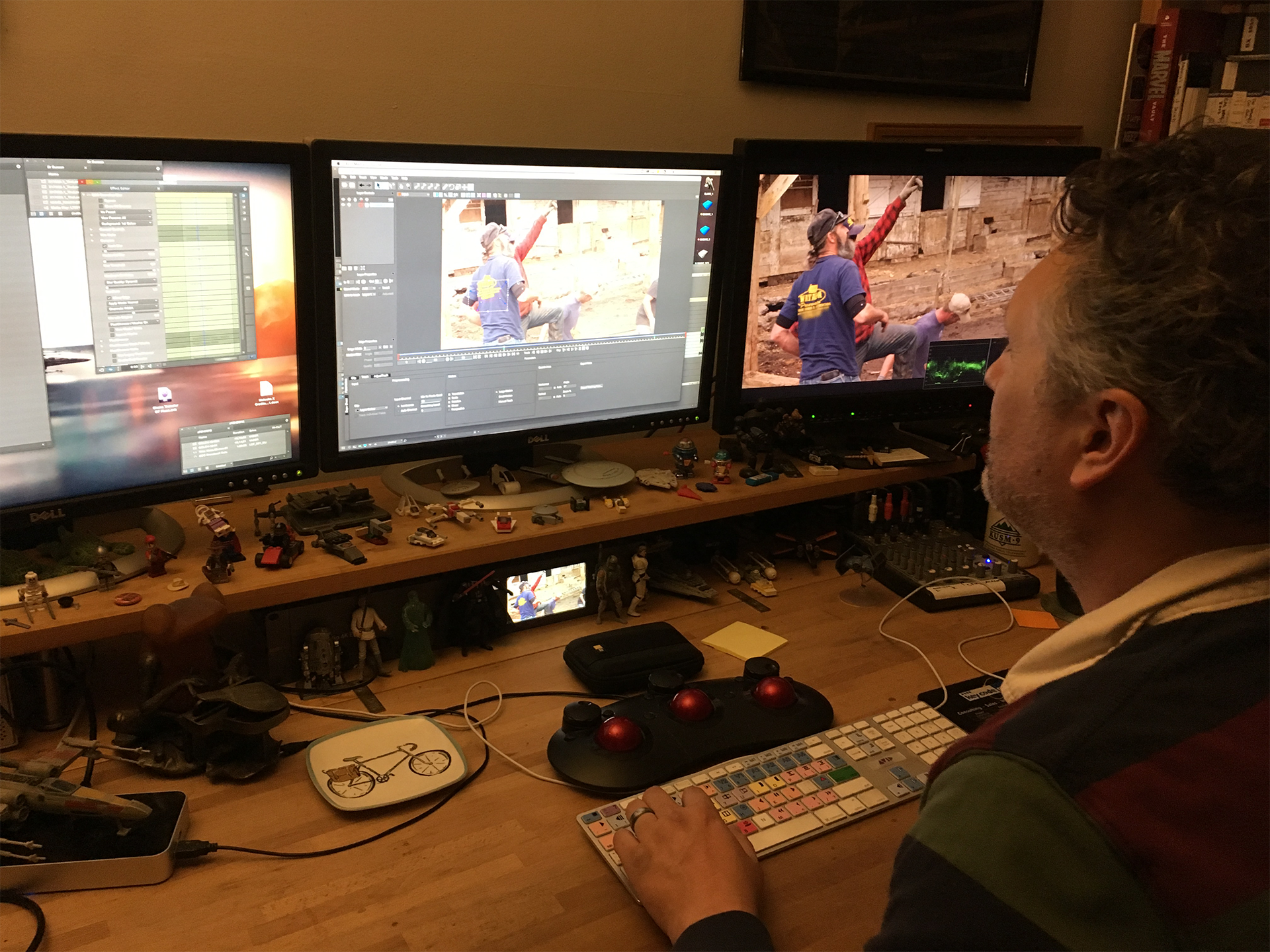 Ross, a long-time user of Continuum, relies on stylized looks like lighting, glows, film styles, and transitions for his creative offline work. However, he upgraded to the latest version of Continuum specifically for his recent side job as Online Editor for Log Cabin Fever, a reality TV series for the Great American Country channel (Scripps Network Interactive). “I updated my Continuum package to gain access to Mocha’s tracking right inside the filters,” states Ross. “I tell you, spending money so that I can spend less time working and save the client money is a win-win situation. The client’s budget is happy, and I’m happy to not be in front of the computer for many, many hours.”

The series follows a contractor and his crew as they tear down old log cabins, reclaiming and restoring the wood to build new rustic cabins. The show’s twist lies in its historical flashbacks to what life was originally like living in the cabins. The 6-episode first season (the network loved it so much, you’ll see more episodes in season two) was cut on Avid Media Composer and onlined on Avid Symphony.

The main challenge Ross faced working on Log Cabin Fever was the amount of blurring that needed to be done. The show was shot entirely with handheld cameras that were often bobbing and weaving. The constantly moving construction crew needed phone numbers blurred on shirts, logos blurred on vehicles, tattoos blurred out, and more.

“One of the biggest time-consuming tasks in online can be blurring objects,” notes Ross. “When you have things that need to be blurred traveling through the frame or moving to and fro for example, previously everything would need to be keyframed — frame by frame moving the blur, making it bigger or smaller, and adjusting the edges. On Log Cabin Fever, I relied heavily on Continuum’s Mocha integration in tracking blurs.”

“The planar tracker was a godsend. Yes, there are times I have used Avid’s tracker, but Avid’s tracking tools can’t track objects that turn or curve away. Mocha does,” comments Ross. “Watching the wireframe turn when the object turned was amazing to behold. Seeing a blur that would have taken me 10-50 minutes to track, be done in 10 seconds…thrilling! By using Mocha tracking on Continuum’s Gaussian Blur, I was able to outline the area I needed, and then just let the plug-in track it. Done in seconds rather than minutes per shot! It can save hours, if not a full day of blurring.”

“I highly recommend Continuum if you are an online editor. The Image Restoration tools, the blurring with tracking capabilities, and the new broadcast safe tool make it essential,” ends Ross. “Plus, I love the Pan & Zoom plug-in, especially in Avid. When you work in documentaries, you use a LOT of stills. The nice thing about having Continuum is that you get this and ALL the other effects Continuum offers. It’s a really good package of useful plug-ins.”