The Molecule: The Smallest Details Count

Now in its 10th year, The Molecule runs the gamut, working on feature films, episodics, and even interactive multimedia installations. They also create full-scale event graphics – including, most recently, HTC’s M9 release presentation at the Mobile World Congress in Barcelona. Its latest film & tv projects, include: “The Affair” (Showtime), “The Americans” (FX), “Nurse Jackie” (Showtime), “The Slap” (NBC), “Bloodline” (Netflix), “Happyish” (Showtime), The Giver (based on the wildly popular YA book_)_, and Run All Night (an upcoming Liam Neeson thriller). “These projects contained shots that without mocha’s planar motion tracker would have taken much longer to accomplish,” says Chris Healer, CEO. 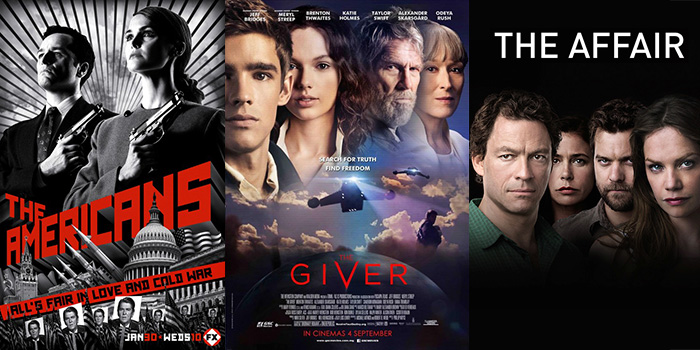 The constant influx of film and television projects demands the highest efficiency. The Molecule typically juggles 8 TV projects at once with 5-7 day turnarounds and 10-120 vfx shots per episode; while film projects turnarounds are longer, averaging a month or more.  “We use Nuke and After Effects primarily, but also use Maya, Cinema 4D, Final Cut, and Adobe Premiere, continues Healer. “mocha Pro integrates seamlessly into our workflow, providing invaluable time savings.”

“mocha Pro clearly saves us more time with tracking than any other program out there.”

One of The Molecule’s latest projects was Showtime’s Golden Globe-winning steamy one hour drama “The Affair.” mocha Pro was used on both easy tasks such as motion tracking and compositing a large number of green screen shots and on cosmetic fixes that would have otherwise proved extremely difficult. “We needed to enhance the fullness of a beard at one point,” notes Healer. “The existing facial hair did not have sufficient definition for a simple 2-point tracker. mocha’s planar tracking saved us an enormous amount of time with that scene in particular.”

Another example of mocha’s ability to track even the slightest of the details can be seen in The Giver starring Meryl Streep. Her hair needed smoothing in multiple scenes. “Hair moves all at once in different sections in different ways,” comments Vicky Penzes, compositing supervisor. “mocha was essential to tracking many tiny portions of hair in an efficient and precise way.

When The Molecule isn’t relying on mocha to make quick work out of tiny hairs, they use it on more than a quarter of all the shots they output, including stabilizing, simple/complex tracking, and roto-masking. “mocha provides the fastest and simplest ways of getting wiggle-free tracking. It works better than other trackers,” adds Mark Friedman, compositing supervisor. “We sometimes even use it just to get a 1-point track because it is able to follow the tracking area better.” ** **