The Asylum Brings VFX to Life with Boris FX Tools 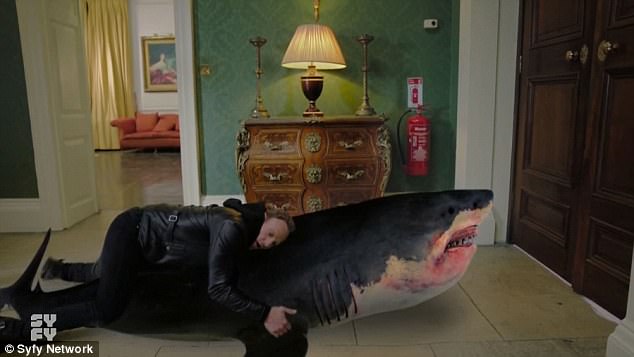 The Asylum, based in Los Angeles, boasts an insane work ethic to go along with their insane visual effects. The creators of cult hits, including the Sharknado film series and SyFy’s episodic Z Nation, hit tight deadlines chock full of visual effects by relying on Sapphire, Continuum, and Mocha Pro to get the job done — and well. The in-house team uses Boris FX inside their Adobe After Effects workflow.

“My secret is that I have Mocha, Continuum, and Sapphire right there,” says David Latt, Founder. “My secret power is tracking.” On Sharknado, alone, there were over 1100 VFX shots that needed tracking. Latt executed over 500 shots himself in the same time that it would have taken to complete a few dozen without Mocha.

In addition to completely over-the-top VFX work, the team relies on Boris FX plug-ins for the invisible VFX that are commonplace to everyday work. “Visual effects aren’t just for doing gigantic robots and spaceships,” says Glenn Campbell, Visual Effects Supervisor. “A lot of things are done to save the studio time and money. We do a lot of that, way more than people realize.”

“Having the three programs packaged together is great. You just want to have all your paints right there,” ends Latt.