When Red Bull Music & Culture needed a director for an ambitious, narrative-driven 360 music video for New Zealand newcomer singer-songwriter Villette, they reached out to Baron VR. The 360 production team in turn brought in director Parker Howell, fresh off winning the Grand Jury Award (Best Virtual Reality) at The Awareness Film Festival for his short Kungfuscius. 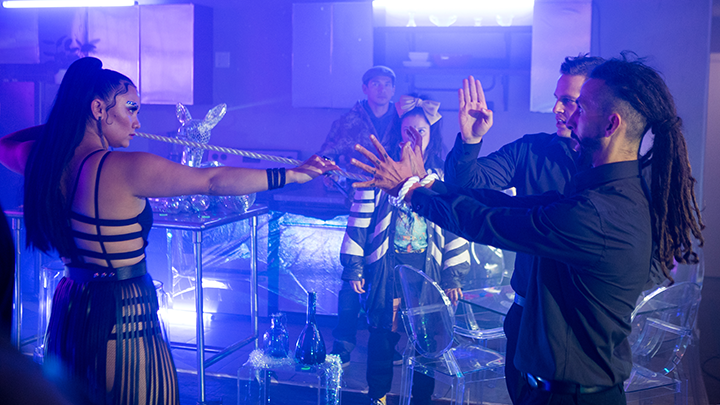 (Behind the scenes of Villette’s “Money”: Parker Howell directs Villette and actor)

Howell, a veteran filmmaker and compositor, made the leap into the world of 360/VR as he found himself no longer feeling emotionally connected to traditional film and television storytelling. “I’d see the same stories played out with different faces, but then the new wave of VR emerged,” says Howell. “VR was a way of hacking human consciousness, and I wanted to see how far I could take it.”

“The safest way to shoot VR is to throw a 360 camera on a tripod and hide in the bushes while your actors act out a scene, but we wanted to push what was possible in cinematic VR,” continues Howell. “There’s a fine balance between creating a world that’s stable enough to view but is dynamic enough to excite your audience. The music video for ‘Money’ walked to the edge of that cliff without falling off because we knew what technology we could lean on.” Mocha VR was one of those technologies.

The music video was shot entirely in stereoscopic 360 (Howell’s preferred format) with an Obsidian S&R camera and a GoPro4 with ultra wide angle lens. “Stereoscopic aka 3D is just more immersive,” states Howell. “It makes you feel like you’re there as opposed to simply watching a video.” To help tell the first-person dream state story, the team built a custom robotic dolly for greater camera freedom. 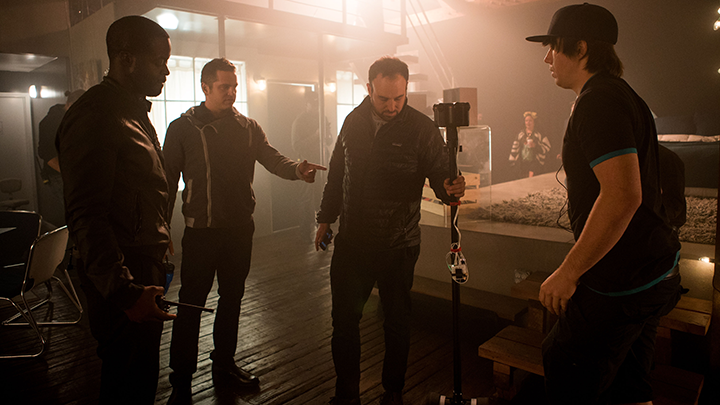 Howell turned to Mocha VR’s Remove Module inside Adobe After Effects to quickly make the robotic dolly disappear from his shots. “Right now Mocha VR is way ahead of the game. VR makes hand tracking most things impossible because of the equirectangular curvature of the image,” says Howell, a long-time Mocha Pro user. “Being able to switch back and forth from planar and spherical modes in Mocha VR is the dream. I was blown away to see the planar tracking warp around our spherical image. We cloned in some of the other floorboards, and it was done. Once we had the tools, the execution was easy.”

To provide the best possible headset experience for viewers, Howell also used Mocha VR’s Horizon Stabilize to get rid of any unwanted camera shake. “Stabilization is currently one of the biggest factors that limits filmmakers camera movement, a crucial tool for cinematic expression,” notes Howell. “Knowing that we have this tool going forward makes life a lot easier.” 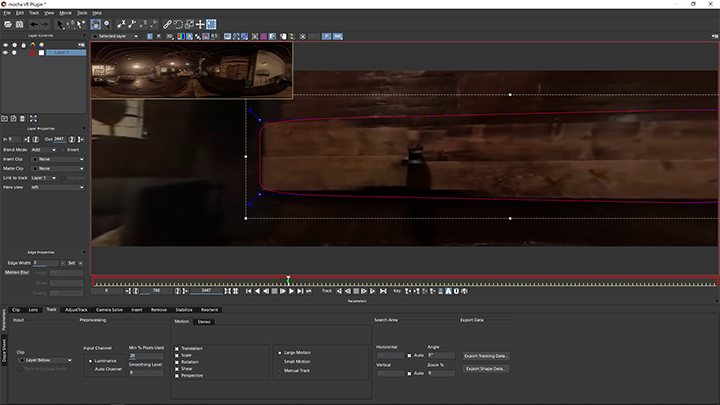 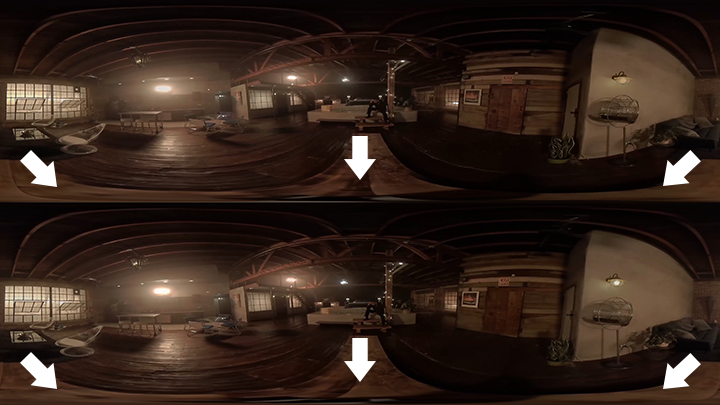 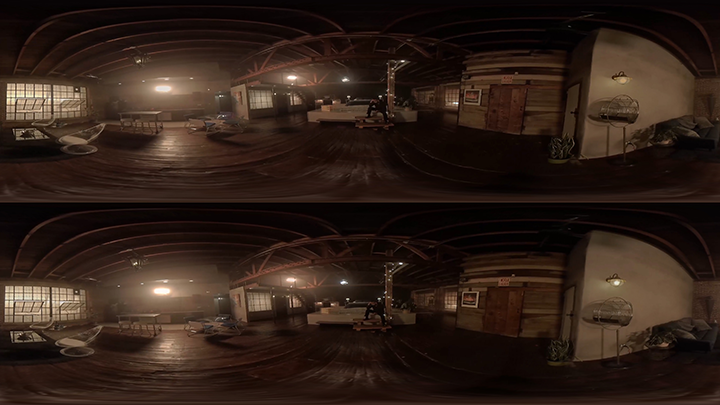 The rapid pace of changes in VR technology, paired with more affordable headsets and audience hunger, has Howell excited to continue to push the boundaries of 360 filmmaking. “Our ultimate goal working with VR is to open up new horizons and enrich people’s lives. I’m most fascinated with projects that expand human consciousness and empathy,” ends Howell. “The resulting experience of ‘Money’ is undeniably impactful. We’ve taken audiences on a ride through another man’s dream, leaving them titillated, terrified, and in awe of what’s to come next in the great experiment that is virtual reality. I’m hoping that culturally we will find the balance between the real world and the digital, and that the latter can enrich the former.”

Want to know more about the making of Villette’s “Money”? Check out this behind the scenes.