The music video for Father John Misty’s “Mr. Tillman” unfolds like a trippy Groundhog’s Day — and like the movie, itself, you’ll find yourself in a loop watching it over and over again. Since its release, the video has been viewed over 1 million times on YouTube.

Little Ugly, the LA-based integrated production studio behind the video, is home to an award-winning creative team of directors with an eye towards innovative, high-concept music videos, commercials, experiential, and features. “There is always an emphasis on originality at Little Ugly,” says Jeff Desom, Director. “A lot of that uniqueness is derived from technical innovation which is where a lot of my ideas come from. Post-production, in particular, is a place that I believe has the most potential for new and surprising ways to express oneself.” The team uses both Mocha Pro and Mocha AE (bundled free with Adobe After Effects) in their post workflow to help make their bold concepts a reality. 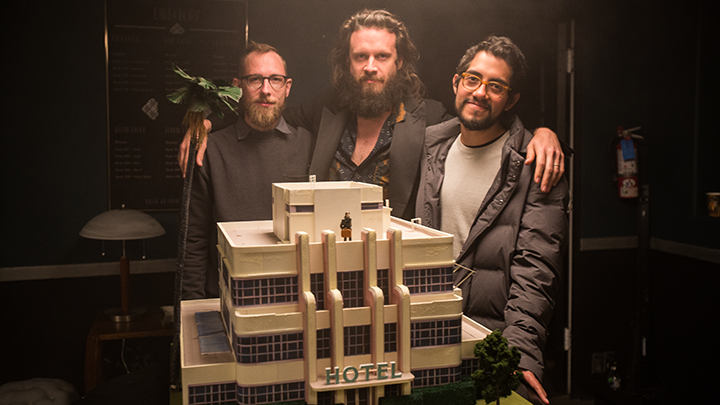 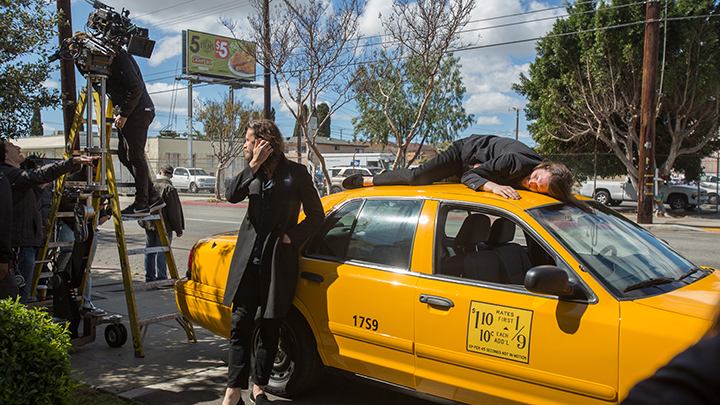 Desom was brought on to co-direct “Mr. Tillman” by Little Ugly Co-Founder, Carlos López Estrada, Director of last year’s Sundance darling Blindspotting and Billie Eilish’s smash YouTube music video “When the Party’s Over.” “I had done a test with some drone footage where I tried to make a street corner look like a diorama in an exhibit,” says Desom. “I showed this to Carlos and I guess that’s what got him excited to turn it into something bigger. We spoke to Father John Misty about his ideas as well and then combined all of our thoughts into this strange little loop of a story.”

The biggest technical challenge on “Mr. Tillman” was overcoming the fact that no green screens were used during the shoot due to the sheer size they would have had to have been. The team knew there would be a ton of roto involved to create the white void of the video’s world. Desom used AE’s 3D camera tracking to isolate most of the structures. “Anything that wasn’t a straight line or a moving subject had to be rotoscoped,” notes Desom. “On top of that, the tilt-shift effect called for a separation of elements lying on the z-axis. Roto is always a very tedious undertaking no matter what, but Mocha’s automation helps a great deal to speed things up.”

Desom, a 6-year Mocha user, jumps between Mocha AE and Mocha Pro depending on the needs of each project. “For a small roto job, I may just use the clipboard to bring the layers back into AE as shapes. But it’s not always clear from the get-go how complex a shot will be,” comments Desom. “If I need certain features that only Mocha Pro can provide, I can always be sure that it’s very easy to transition from Mocha AE.” 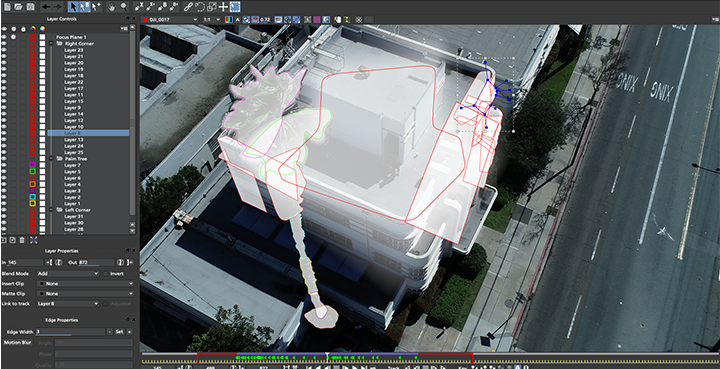 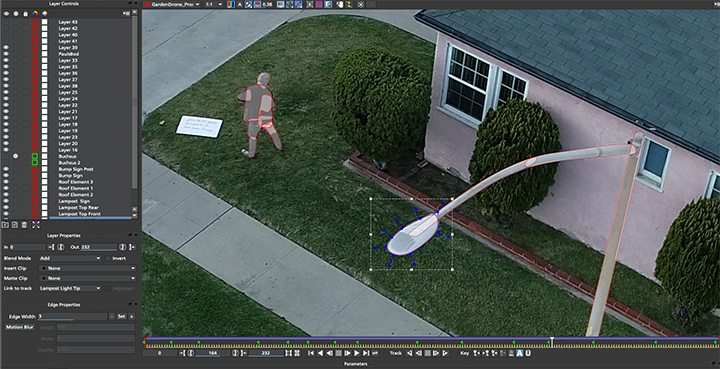 “There’s never been a project where I didn’t have to use Mocha Pro at some point or another. The built-in tracker in After Effects quickly hits its limits in low light conditions,” ends Desom. “When you need to plow through a difficult track, nothing beats the speed of Mocha. It’s very intuitive to make adjustments and you can do it without ever having to look at keyframes.”