Founded in 2006, Gradient FX is a multiple award-winning artist and technology-driven VFX studio. Balancing the ideal blend of art and technology, Gradient FX artfully mix their technological savvy with high design and artistry to deliver unconventional, yet visually stunning results for their clients. Gradient FX has over 30 feature films under their belts – from arthouse indies to global blockbuster films, as well as award-winning music videos, television commercials and game cinematics.

Gradient FX has also been a Mocha Pro customer since version 1.0, and have made it the primary go-to tool in their VFX kit. We recently spoke with Thomas Tanenberger, co-founder of Gradient FX, where he talked about mocha and its growing role in the workflow for the artists at Gradient FX.

“It’s like an infrastructure tool for us now, our Swiss army knife for just about any and every challenging sequence we face,” Thomas added. 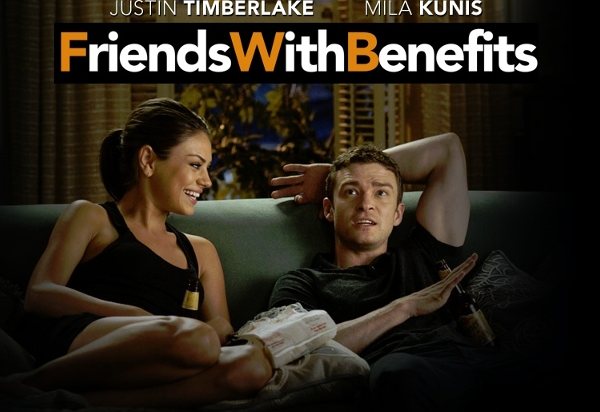 Thomas continued, “We used Mocha Pro extensively on Friends with Benefits. It’s a romantic comedy, so our ability to create moods and cinematic ambience in post is critical. And Mocha plays such an important role in scenes you’d never think would require a lot of work. In one sequence, Timberlake and Mila Kunis are on a New York City rooftop with the Empire State Building in the background. The director wanted a clear night sky with twinkling stars behind the actors. Mocha made quick and easy work of rotoing the actors so we could replace the skies behind them. What would’ve taken hours, took only minutes.”

And with the ubiquity of smart phones and cell phones in our lives, it’s impossible to make a film today without replacing cell phone screens. In Friends with Benefits, so much of the interaction between characters is smart phone use – calling and texting constantly. And in a romantic comedy, it’s all part of the chemistry, mood and timing that needs to be maintained in a realistic way.

“Smart phones just don’t have the brightness and clarity to shop up on the movie screen, so every single one of them needs to be replaced. We used mocha extensively for screen replacement throughout the entire movie - Mocha makes it simple and fast and incredibly accurate – realism is key!” And many post houses can relate to when the directors asks for what seems to be a simple request, can most often wreak havoc and add multiple hours, if not days, to the project. 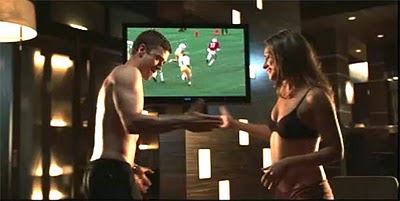 “One sequence that really stood out for us was the restaurant scene, where the actors were dining al fresco on the street. It was a big shot, with the camera starting with a wide shot above the scene, craning down to narrow the focus onto the character. The directors wanted the shot flipped. Seems easy, right? Well, on a city street loaded with street signs, posters, images, graphics, it’s suddenly not that simple. Everything was inverted, any and every sign with a written word on it was backwards and had to be changed. With Mocha, tracking, roto and stabilization working together beautifully, we extracted all the signs, stabilized them and tracked it all back. This would’ve taken days of tedium, but with mocha, we made quick work of the shot.”

Seamless workflow becomes increasingly important to shops like Gradient FX; when time is of the essence and you have artists working on impossible deadlines, the last thing you need is integration issues between applications. Thomas added, “In our workflow, Mocha is often the ‘in between step.’ We do a lot of our work in Nuke, so our ability to export seamlessly from Mocha to Nuke is critical. Mocha makes smooth work of this. Feature film post production is heavily pipelined, and teamwork is so important, so you also need tools that work perfectly in synch with each other.

Mocha Pro is very unique, without it, jobs like this would’ve taken days or weeks longer. It may not always be glamorous, but the tedium of manual frame-by-frame manipulation can become overwhelming. But with Mocha central to our pipeline, it’s a life saver. You can see why we’ve been with Mocha since day one!”

Gradient FX was also involved in the post production of Harry Potter and the Deathly Hallows Parts 1 and 2, Captain America, Dream House and The Change Up.