The stereo 3D conversion process has evolved significantly in only a few short years. What was first perceived as simply a process of taking existing 2D footage and manipulating parallax and convergence to create an illusion of 3D, has in fact become a sophisticated process of transforming footage shot in 3D to be more immersive, cleaner and in a word – better! And in the span of two or three years, not only has the technology evolved, but companies like Identity FX in Los Angeles have invested significantly in the expertise to develop and manage finely tuned 2D-to-3D conversion pipeline that take full advantage of this sophisticated technology. And the result is stunning, immersive 3D blockbuster films.

Recently, Identity FX’s strategy evolved as the demand for 2D to 3D conversion projects began steadily growing. In 2010, Identity FX handled portions of the stereo conversion for Narnia, Voyage of the Dawn Treader. It was on this project that Identity began integrating mocha into the conversion pipeline, creating high quality depth maps and exporting the data seamlessly.

The team at Identity FX first discovered mocha a few years ago when it first appeared on the market; it quickly became the tool of choice for some of their more challenging shots. Leo Vezzali of Identity recalls the early days when they were so impressed with its ability to easily remove and replace logos from moving airplanes. It saved hours of tedious work.

When mocha Pro was released, and combined the best of Planar Tracking, roto and removal, all in one package, Leo told us, “it was a no-brainer!”

“With mocha Pro, we can accomplish 80% of the VFX assist required in a shot all within one application. With its amazing Planar Tracker, roto and removal all wrapped into one application, we were able to create an incredibly versatile team of artists, all of whom can now do clean plates, removal, roto, and do it incredibly fast. Using mocha Pro in complex sequences, we could work so quickly, recreating scenes, generating tracking and roto data and exporting it immediately to Nuke. This made for an incredibly efficient workflow.” 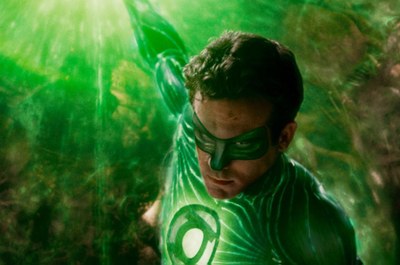 “mocha Pro was recently used by Identity FX as part of their conversion pipeline to convert many scenes in the 3D feature, The Green Lantern, which debuted on June 17, 2011. Leo continued, “We were very pleased with some of the early reviews of the 3D experience in Lantern; reviewers have been saying it was the best 3D they’ve ever seen and likely the best example of 2D to 3D conversion to date.”

“What people don’t realize is, it’s most often the simplest of scenes that are the most complex to recreate in 3D space. In Lantern, recreating the kitchen scene was much more difficult than the action shots because the challenge wasn’t to make things pop out of the screen, but to create a truly immersive experience, like the viewer is in the kitchen. mocha is huge component of what we do on shots like this. We’ve developed a roto team of mocha experts for shots like this that require exquisite depth maps that can be easily exported to Nuke for further compositing. Rarely do we get content that’s easy to work with, but our mocha team is able to execute it with precision and extremely fast – which is a tremendous time saver.” 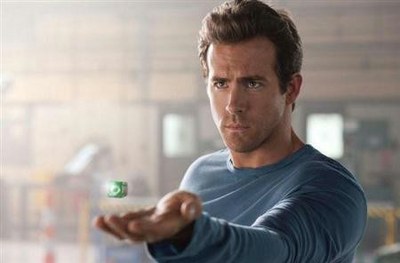 “Identity FX has a competitive edge because of the team of experts we’ve been able to build around technology likemocha. We’re a small company, but we’re getting tapped by some of the biggest studios for the highest profile projects. And because of the quality of our conversions coming from our mocha pipeline, we’re getting great reviews from renown cinematographers on our work – which for us, is the highest compliment.”

Identity FX completed Green Lantern and is currently working on