Cream Digital has its feet firmly planted at the crossroads of strong storytelling, 360/VR, and innovation. The Toronto-based team is producing an ambitious, fully interactive and volumetric VR narrative, Be Curious, starring Dominic Monaghan of The Lord of the Rings and Lost fame, while also developing the technology needed to make it a reality.

“We’re very excited about the projects that we are currently in development on,” says Tristan Cezair, Co-Founder and Creative Director. “We are showing off one of the first iterations of our Virtual Human tech (digital versions of real people) at Sundance this year with DELL at the Dell Den (Jan 25-28, 2019). We are proudly sponsored by Dell and their support has been crucial to our 360 productions. For our last piece, A Curious Mind (Hulu VR), we really required a lot of GPU and CPU power to be able to pre-visualize and go into production on a lot of digital assets (environments, particle systems, etc.) that we created for that story.” 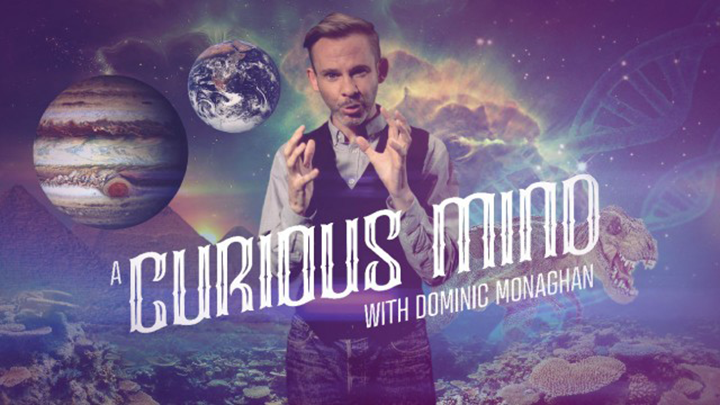 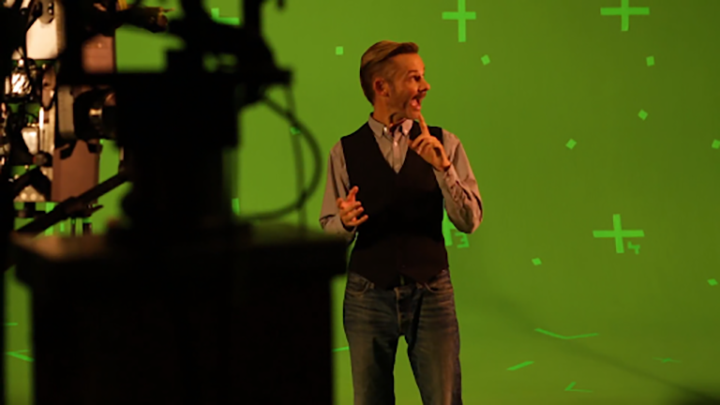 A Curious Mind (Hulu VR), a pop science show also starring Monaghan, brings Earth and all of her glory to 360 size and scale. It was shot in stereo — right before Mocha VR (now part of Mocha Pro 2019) added stereoscopic capabilities. Cezair and his team, early adopters (and beta-testers) of Mocha VR, had to DIY a lot of solving and production themselves which proved difficult. The main challenge was how to take Monaghan’s live-action footage and composite it realistically into a computer-generated stereo 360 world. “Now that we have this current version of Mocha Pro with stereo capabilities, we would have saved a TON of time and costs with this project,” states Cezair. “Without Mocha Pro, we had a bit of nightmare solving and marrying all of our footage and CGI. We ended up using a significant portion of our budget solving what could have been solved quite efficiently with After Effects and Mocha Pro.”

(Behind the Scenes: A Curious Mind)

“The efficient, cost-saving roto-capabilities of Mocha Pro are really essential to our productions,” continues Cezair. “Mocha is generally used in our projects to roto out rigs, tracks, and shadows (a huge deal in 360 productions). We also use it to track objects and surfaces, help solve a quick camera move or pan in order to composite our VFX into the shot.”

(A Letter From The Trench, American Heroes Channel)

(A Letter From The Trench, Before & After using Mocha Pro’s VR tools)

As Cream Digital evolves from a 360 video focus to volumetric production, the team is producing “run-time” VR stories that allow the viewer complete freedom to move around within the world of the story. Their current production, Be Curious, is the ultimate test as the stories need to cast actors as digital talent. Creating the digital characters is extremely technical and expensive. “There is a lot of stabilization, roto, and masking that needs to be done in order to prepare assets used by the various 3D software needed for our Virtual Humans,” notes Cezair. “And due to the demanding budgets of VR productions, we really need to be efficient and save on costs wherever possible (both in time and resources). Enter Mocha Pro, as it allows us to almost ‘automate’ a lot of the masking, roto, and stabilization tasks which are essential to our Virtual Humans. If we had to do this manually, it wouldn’t be feasible.”

Cezair hopes to see the 360 video industry move towards a more story-driven high-production value to push greater viewership. “Whether it’s a version of light field technology, some form of optimized point cloud or manipulated video augmented by AI, we (the industry) are going to nail the process of delivering captured 360 video with 6 degrees of freedom, and that is going to significantly open up the interest of the passive viewing market,” ends Cezair. “It will be like seeing your ‘3D photo’ on Facebook for the first time x 10,000. Hopefully, there will be a lot more investment in good stories and less hype when that wave comes around.”