The latest film from award-winning director Alejandro González Iñárritu, “Birdman,” is entering award season as one of the most nominated and celebrated films of the year. With credits to his name like “Babel” and “21 Grams,” it only makes sense that Iñárritu would set the bar higher than ever with his new film starring Michael Keaton, Edward Norton, Emma Stone and Naomi Watts.

An amazingly unique story bolstered by stellar performances by Michael Keaton and Edward Norton, “Birdman” has people talking about the film’s technical achievements. With a mix of practical filmmaking and digital effects magic, director of photography Emmanuel Lubezki managed to make the film appear as one seamless take, through multiple locations and lighting conditions. Taking into consideration the months of shooting that go into creating any given film – not to mention actors flubbing lines, technical limitations, sleep… – Iñárritu’s vision of a (seemingly) continuously shot film meant the post-production process would be unlike any other. To help with this process, Rodeo FX was called in.

Rodeo FX has been in the business of creating visual effects for Hollywood films and high-end commercials since 2006. They’ve had a hand in a number of award-winning films and TV shows, and have a few of their own awards as well, most recently winning Emmy and HPA awards for outstanding visual effects on the hit TV show “Game of Thrones.”

Over the course of more than four months, a team of more than 75 visual effects artists from Rodeo FX worked on “Birdman.” According to VFX supervisor Ara Khanikian, the majority of the film went through Rodeo’s pipeline. In order to create the seamless, fluid visuals so desired by Iñárritu, Rodeo employed the use of Imagineer Systems mocha Pro tracking to assist in the process of seamlessly connecting shots.

“I’ve been using mocha for years now,” Ara reports. “I remember the first time I tried it was on ‘Eternal Sunshine of the Spotless Mind_.’ I instantly thought, ‘This is great for creating clean plates, instant roto and tracking.’ One of the times it really saved me was on ‘300__.’ I was really glad to have it back then and it’s been great to this day. Here at Rodeo, mocha is a constant in our compositing pipeline_.”

“A lot of artists here at Rodeo love using mocha Pro to compliment NUKE** **for tracking, stabilization and roto work. The planar tracking in mocha is probably the best in the industry, so we use it a lot here for that.”

For “Birdman,” Rodeo upgraded their suites to use mocha Pro in order to take advantage of its additional features, such as the ability to work seamlessly with NUKE. They could do intricate planar tracking in mocha Pro and simply paste the solved data directly into a NUKE node. According to Ara, they were also doing very complex rotoscoping, so the upgraded workflow was crucial to their process. 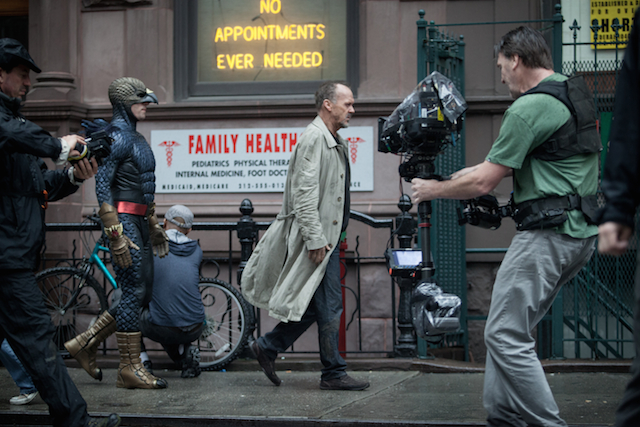 “We used mocha Pro enormously for tracking on ‘Birdman’; probably about 70% of all the shots we did went through mocha Pro,” Ara comments. “A lot of times we would try simple 3D tracking in NUKE, or even going into dedicated match move 3D tools – but we wouldn’t get the results we needed with the time that we had. Whenever this was the case, we just launched mocha Pro and got tracking results almost instantaneously. It was flawless. Then we’d bring it into NUKE and continue working.”

When it came to the continuous nature of the “Birdman” long shot, Rodeo had its work cut out. While some digital sleight of hand had to be enacted in post – not unusual in the world of cinema – the post-production team didn’t have obvious cuts between shots to hide effects. “We couldn’t use cuts in the movie as starting and end points…because for all intents and purposes, there were no cuts. So we had to make sure every effect we did would start off seamlessly with the plates, gradually transition into the effects, and then return back to the original plates. We were able to easily share all the setups and tracking from mocha Pro with NUKE, and it was really easy to dial in the effects at the desired frames we needed.” 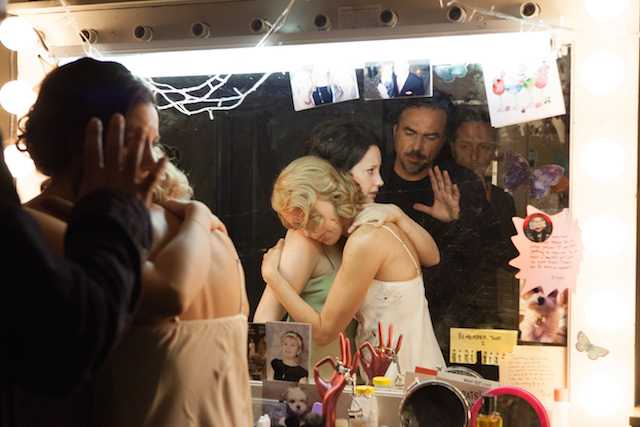 Using this process the artists at Rodeo could gradually transition between clean images and complex fixes, such as erasing the reflection of the crew in a mirror, with extreme precision. “That was really important for us; the fact that we could share planar tracking information and export surfaces, roto-mask data and mattes from mocha into NUKE without writing custom tools made it really, really easy. It provided us with a really seamless workflow.”

In addition to enabling Rodeo to create high quality visual effects that remain invisible to the viewer’s eye, Ara and his colleagues use mocha on projects such as “Birdman” to clean up visuals, even if that means correcting a hair out of place. “We love to just clean one frame of the hair then, using mocha’s planar tracker, we track back the hair on the actors. We do that a lot. For me, the biggest difference when using mocha is that you can feed it almost anything for tracking and it’s going to solve it at great speeds. With just the first try it’s usually dead on and it works, for us that’s a huge feature.”

“I’ve never heard of a scenario where you send something to mocha and the result is not usable. For me, it is the best planar tracker that exists.” 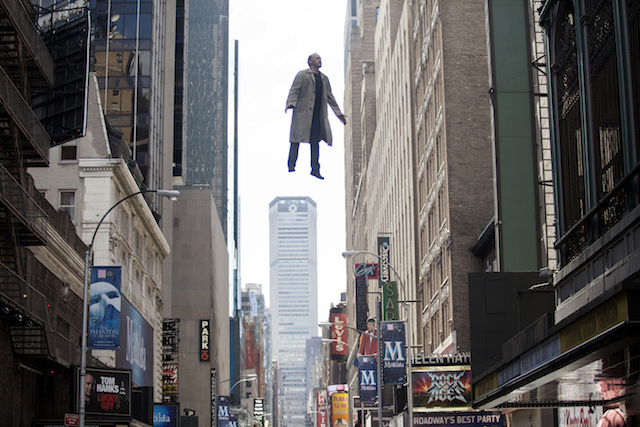 As we head into awards season, Birdman is now leading the field with numerous nominations, but what many may not realize is how special an experience it was just to work on the film. Ara comments, “Working on this movie was an extremely rewarding challenge. This is something that has never been done before. I’ve never heard of any movie that went through so much work in VFX. The pure amount of frames worked on and length of each shot…it was really something out of the ordinary. ‘Birdman’ is a great example of doing a lot of heavy lifting VFX work, but it’s really transparent, not flashy; it’s all in service to the story. VFX is used to tell the story.”

“It’s really something worth watching.”