Everyone who has ever worked on a film has felt like Bill and Ted in Bill & Ted Face the Music at some point — panicked, full of creative dread, and racing against the clock.

Two of the major sequences in the film were shot nearly all on green screen, leaving VFX Editor Richard Sanchez with a massive amount of work under a time crunch. Luckily, Sanchez didn’t have to travel through time to discover what he needed to do. He had Boris FX Continuum with Primatte Studio chroma key technology right inside his Avid Media Composer timeline. 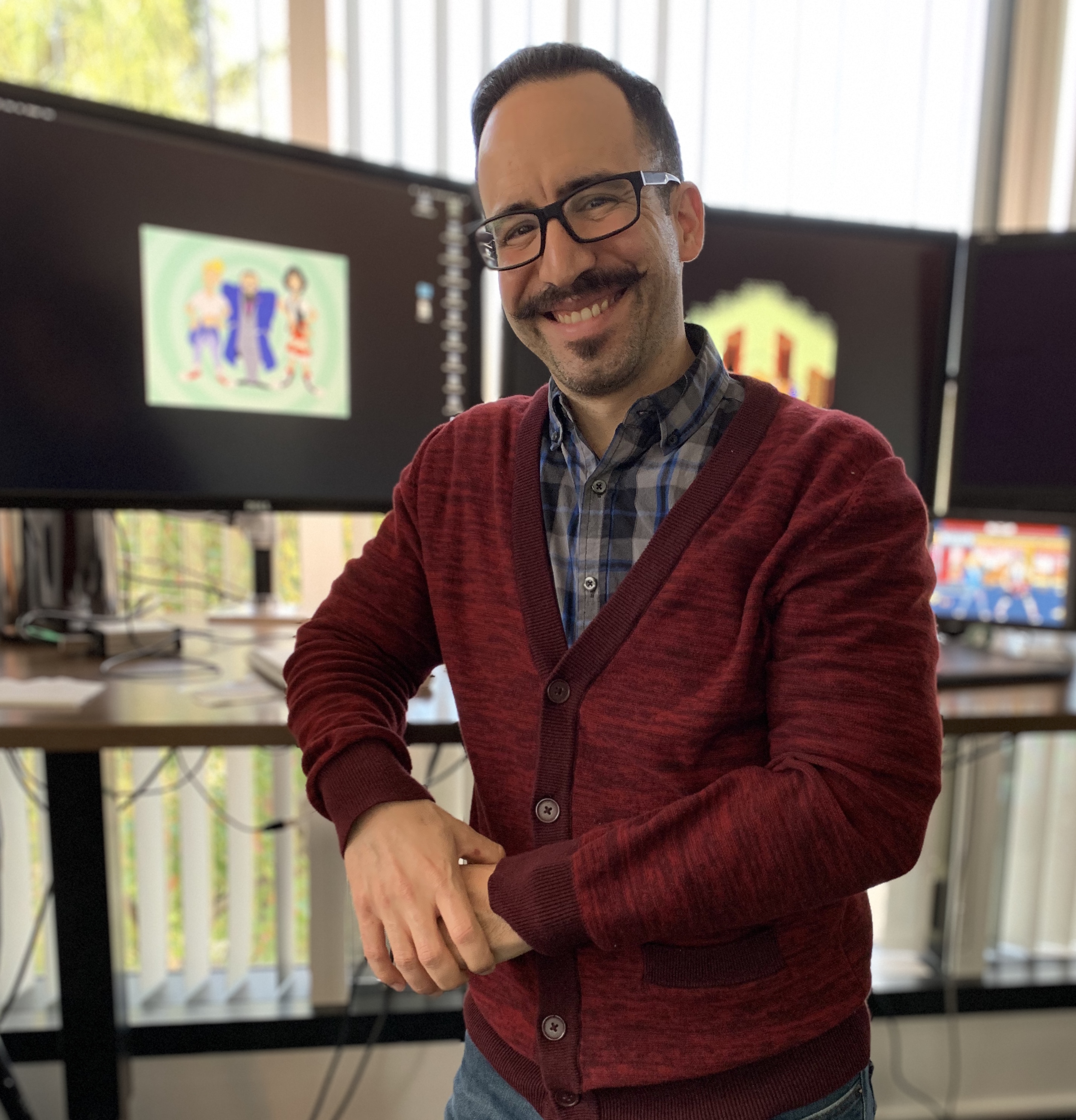 “To be perfectly honest, I’ve had Continuum for a while now, but I didn’t use it all that much before Bill & Ted Face the Music. I tended to use Avid’s built-in effects, which looking back seems very limiting,” says Sanchez, who has over ten years of experience as an assistant editor and, more recently, as a visual effects editor on features. “When I sat down to all those green screen shots in my first week, I realized my old methods were going to require some serious rethinking. I had used Mocha in After Effects, so I knew it could be used for roto work and that it would be valuable to remove tracking markers. I was a little apprehensive about Continuum’s Primatte Studio since I had never used it before. Having been through Bill & Ted’s and seen what it can do both as far as the quality of work and time-savings, it will be my go-to for the foreseeable future.”

Sanchez was tasked with mocking up a variety of green screen shots in the early stages of the project: keying out greens, removing tracking markers, motion tracking background plates, and even tackling split screens to marry alternate takes. He turned to the Boris FX website to learn how to best take advantage of Primatte Studio with its built-in Mocha tracking. “I didn’t have to spend time blindly tinkering. I watched a quick 10-minute tutorial to get me up and running. The controls were intuitive enough that over time I picked up the additional features to develop a more refined approach,” states Sanchez. “Continuum was invaluable. The green screen work would have been harder without Primatte Studio. I don’t think I could have gotten through the film fast enough if I didn’t have that tool.”

“It is such a simple keyer to use. It provided consistently good results. The Mocha integration saved me so much time, especially with those pesky tracking markers that get motion-blurred and can be tough to manually track and paint out,” continues Sanchez. “I could save a template that I could drag and drop and with simple adjustments get through shots like they were nothing. My editor and director were specific about what they were looking to achieve, so it was important that to mock up shots quickly and revise them quickly. Continuum gave me the tools to knock these comps out with high quality, which put the team at ease and allowed them to think more about the story and less about how or if it was going to work once comped.”

“The biggest thing I have to say about Boris FX that I’d want to impart upon assistant editors and up-and-coming VFX editors is to embrace third-party plugins, in particular, Continuum,” ends Sanchez. “Sometimes getting a show to include matching plugin packages across all editorial systems can be a bit of a chore, and as a result, I used to avoid them and try to use built-in effects. Seeing the quality of work and speed of Continuum, I’ll insist upon it on future shows.”