Big Sky Editorial has been in the post production industry for over 25 years, working on everything from commercials and music videos to short and feature length films.  A full service shop editorial company based in New york City, Big Sky provides all areas of post-production including sound, motion graphics, and visual effects for all mediums of story telling.  Ryan Sears is the visual effects supervisor at Big Sky Effects division and has been working there for about 8 years now.

Ryan spoke with Imagineer’s Ross Shain and talked about a spot they did for TBS for the Conan O’Brien show, and how mocha helped make it all happen.

“We used mocha Pro and **mocha AE **extensively on this TBS spot with Conan O’Brien introducing their new mobile app.  In the scene, Conan is wearing this suit of mobile devices – smart phones, tablets, you name it – and all of the screens were supposed to be displaying some footage from different Conan episodes. All of the screens that were attached to Conan had to be replaced with footage from the show.  We heavily relied on **mocha’s **Planar Tracking and manual tracking features for adjustments.  We also used its rotoscoping capabilities to create shapes to help with the enormous amounts of roto work needed as well.” 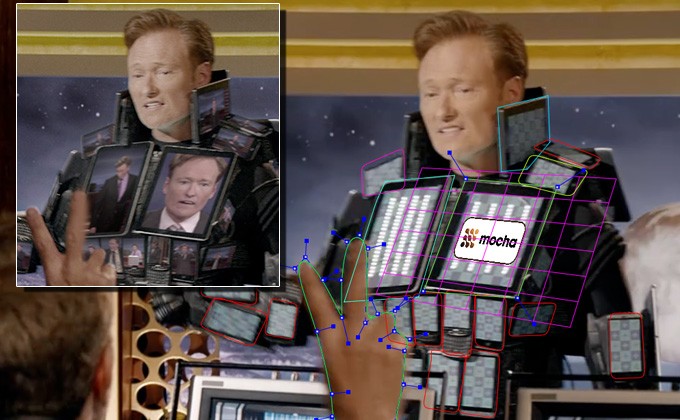 “The spot was first edited in Avid by editor Chris Franklin here at Big Sky.  We then finished the entire spot in After Effects and mocha.  The workflow between the two programs was seamless.”

“There was a very tight deadline, with 4 versions of the spots to finish.  All versions had many VFX shots and many, many screens to track.  The final time for post production was about 3 weeks to complete.”

“In each spot there was roughly 10-15 shots to track, but in each shot there were sometimes over 75 devices to track within that shot.  I can’t even compute the amount of time mocha has saved on this project, because it was probably impossible to do otherwise.  The planar tracker was the ultimate tool in accomplishing these shots.  Also, the robust tools of **mocha Pro’s **rotoscoping features helped save days of work of rotoscoping. Otherwise, everything would have been hand tracked, and wouldn’t have been able to finish in time.” 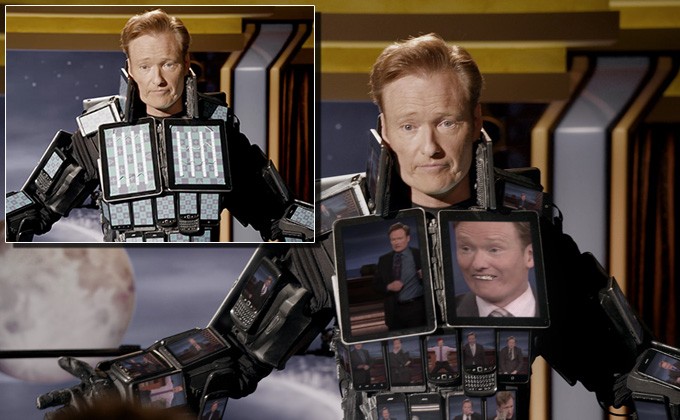 “Throughout this spot, mocha’s Planar Tracking did most of the work.  When objects moved too quickly or went in and out of visibility, mocha’s adjustment tools were an easy way of helping mocha complete the track.  And remember – that would be for just one screen, this had to be done hundreds of times over.  So without mocha doing most of the work, we would probably still be tracking.”

“Imagineer Systems and their team were really helpful throughout this project.  We shared thoughts with them throughout the process. They were excited to be available for help and proud to see their product used so extensively on a single project.  My team and I are always looking forward to see what’s next for Imagineer Systems and mocha, and they never let us down.  In fact, there is probably not a day that goes by in our studio where we don’t use mocha to track something.  And with every update to After Effects, the two products compliment each other more and more.  Great job by Adobe and Imagineer Systems for making that happen!”

For more information on Big Sky Edit, go to: www.bigskyedit.com