Barnstorm VFX has been putting their invisible effects mark on popular TV shows since 2011.The LA-based boutique studio, recently nominated for an Emmy, delivered 4494 VFX shots and rendered 19,755 shot versions in 2017 alone. At any given time, the team juggles between six and nine shows. Their current line-up includes Amazon’s The Man in the High Castle (Emmy-nom), HBO’s Silicon Valley and Room 104, Starz’s Outlander, CBS’s Strange Angel, and Epix’s Get Shorty.

“TV is getting more ambitious, and we’re doing bigger and more exciting things,” says Lawson Deming, Co-Founder and Senior VFX Supervisor. “There isn’t time on a TV show to futz a shot to death. You have to have good instincts and stay on your toes. And when you have good people working for you, the early iterations of an effect tend to have a lot more verve to them.”

“The best part of visual effects is that things are always changing. Every shot is its own special challenge,” continues Deming. “And the techniques and software are constantly evolving too, so there’s never a dull moment. Mocha AE and Mocha Pro will not be leaving our pipeline anytime soon.”

Deming and Cory Jamieson (Co-Founder) have been using Mocha in their VFX pipeline since it was first introduced into Adobe After Effects (Mocha AE). “It was literally just Cory and myself working on as many shots as we could finish in a week,” states Deming. “We immediately started using Mocha extensively for roto and planar tracking. Since then, we’ve developed a lot of cool techniques using it to help with beauty work, shot stabilization, complex CGI, and even things like morphing.”

Now the 40-member Barnstorm team is evenly split among After Effects and Nuke compositors — and everyone uses Mocha AE and/or Mocha Pro. The cross-host workflow allows the team to create mattes, roto or tracks that can easily be shared across platforms. “Mocha Pro has few tools that Mocha AE does not, including, most importantly the ability to export shapes and corner-pins to Nuke,” notes Deming. “Because we’re working on so much at any one time, the ability to spread the work out in this way is incredibly helpful.”

A majority of Barnstorm’s beauty work inside After Effects covers continuity fixes needed due to time-constraints on set or other uncontrollable elements like a sick actor or an allergic reaction to make-up. “Mocha planar tracks and roto masks are particularly good for dealing with the challenges of beauty work,” comments Deming. 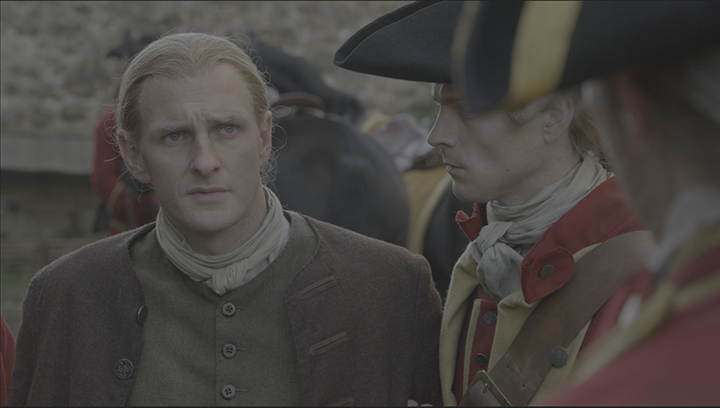 (Outlander: Camera original plate. The VFX task was to clean up the edges of the actor’s wig.) 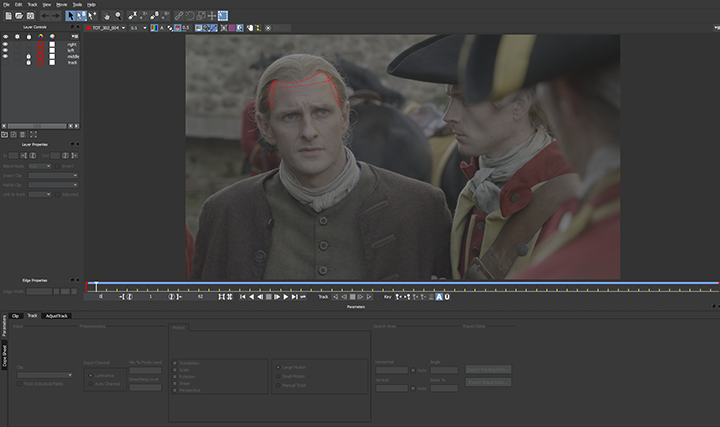 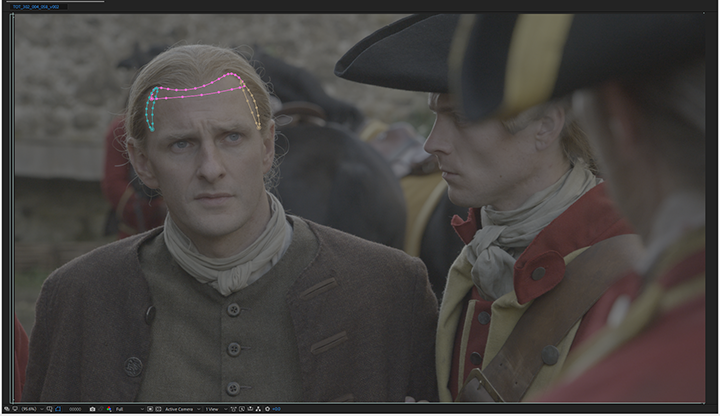 (Outlander: Wig clean up area rotoscoping masks in After Effects.)

In addition to tasks like everyday tasks that also include fixing blemishes and tracking in blurs and color corrections, the team uses Mocha to drive more complex beauty work like making actors appear decades younger. 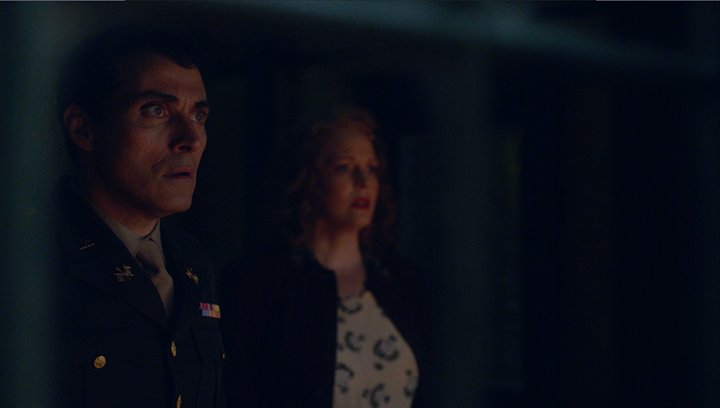 (The Man in the High Castle: Camera original plate. The VFX task was to de-age the two actors by roughly 15 years.) 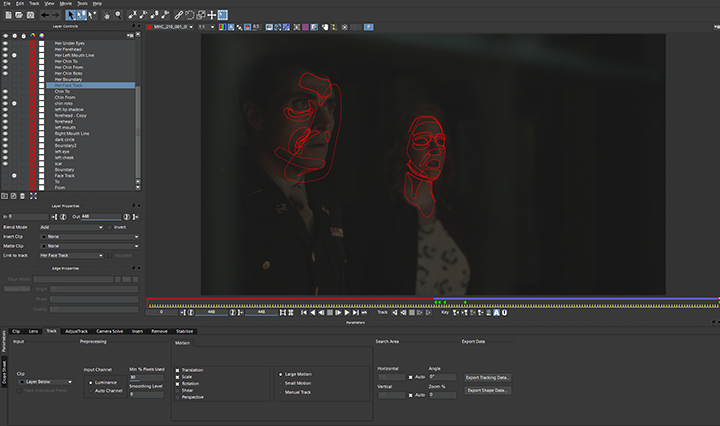 (The Man in the High Castle: Facial tracking masks in Mocha Pro.) 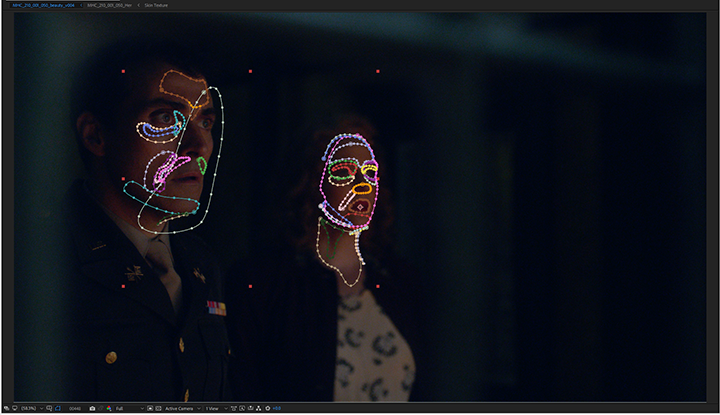 (The Man in the High Castle: Facial rotoscope masks in After Effects.) 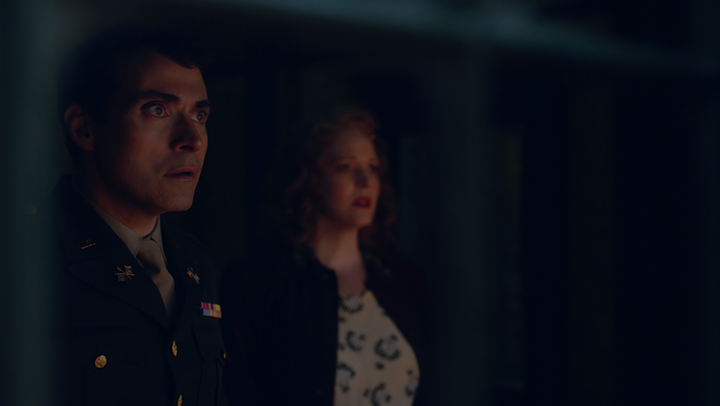 (The Man in the High Castle: Completed visual effect shot.)

Almost all TV shows now require monitor or other screen replacements, especially on tech-heavy shows like HBO’s Silicon Valley. “We’re frequently leveraging both roto and planar tracking/corner pinning tools inside Mocha,” says Deming. “And features like AdjustTrack are great for burn-ins and anything else requiring a corner-pin because it allows you to gradually refine an existing track non-destructively until it’s perfect.” 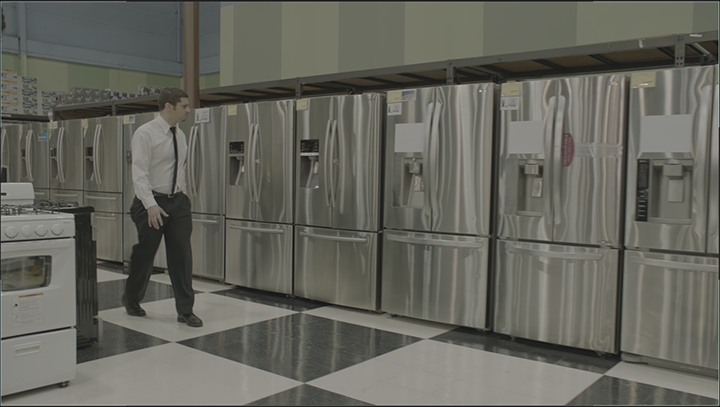 (Silicon Valley: Camera original plate. The VFX task was to ‘burn-in’ a video element, provided by production, onto the fridge. Additionally, VFX was to make the fridge’s screen vertical rather than square and or to add screens where they did not exist. ) 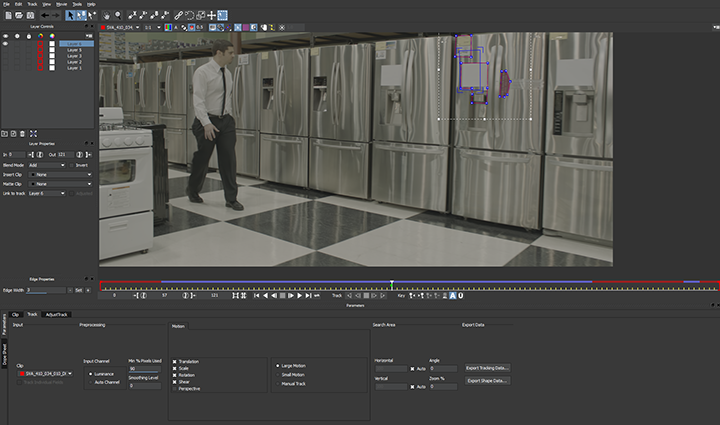 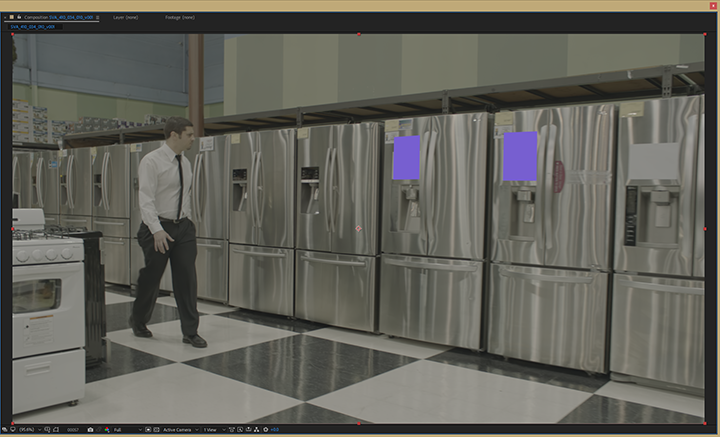 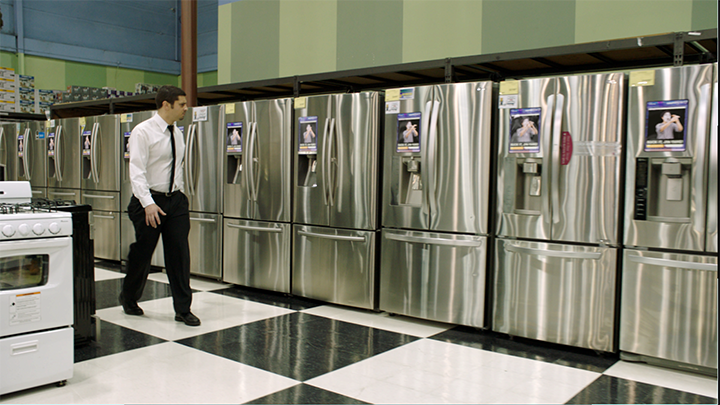 Deming’s Pro Tip: There are a lot of tricks that can be done by attaching Mocha corner pins to the “Power Pin” effect in After Effects, which allows stuff to be “un-pinned.” For example, you can flatten out a sign with a reverse power-pin and then add or change the text on it seamlessly before re-pinning it back into its original position.

Occasionally, Barnstorm is asked to combine multiple takes into one seamless scene. If the camera is locked, it’s a simple split-screen. However, in most cases, the shots with camera movement rarely match. “For these type of situations, we can export open splines from Mocha that can be used to drive morphs to help put a character in the right place,” notes Deming. “Or we’ll create a clean plate of the background using a Mocha track, and then track the actor’s performance from another take back into the shot.” 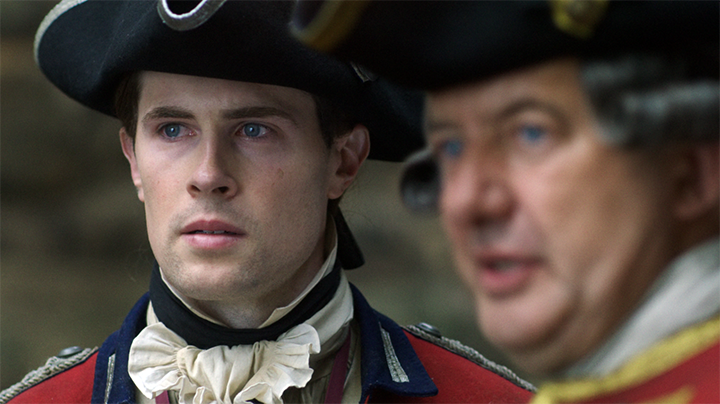 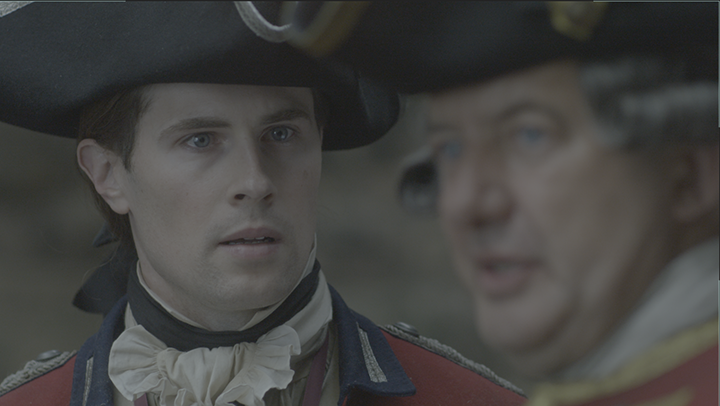 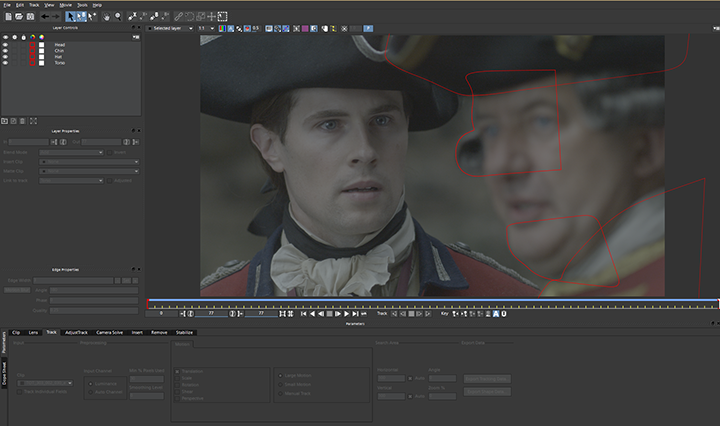 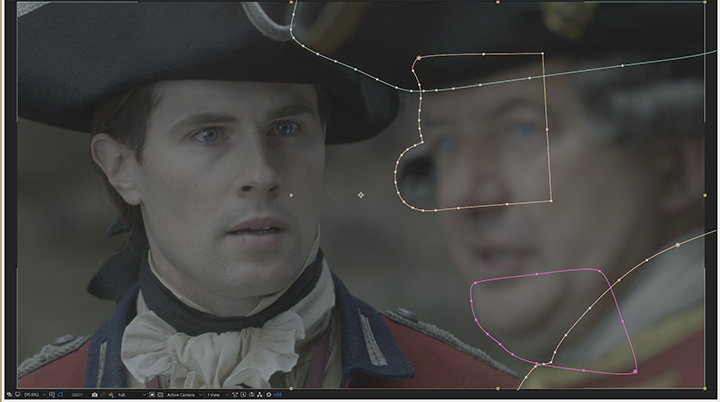 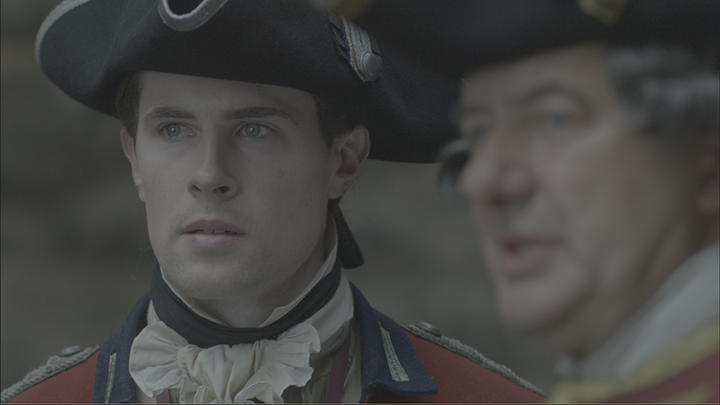 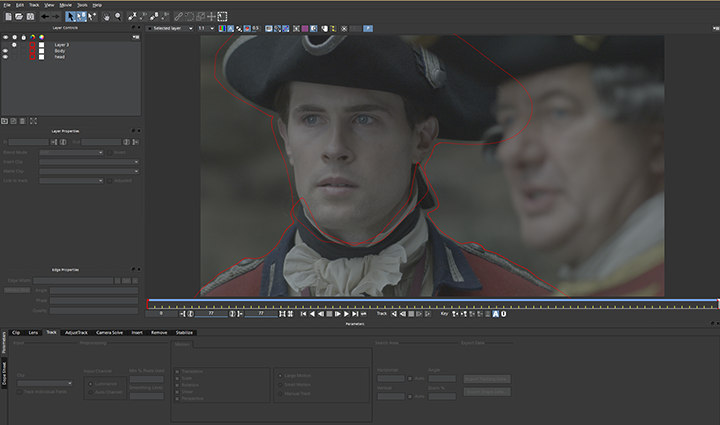 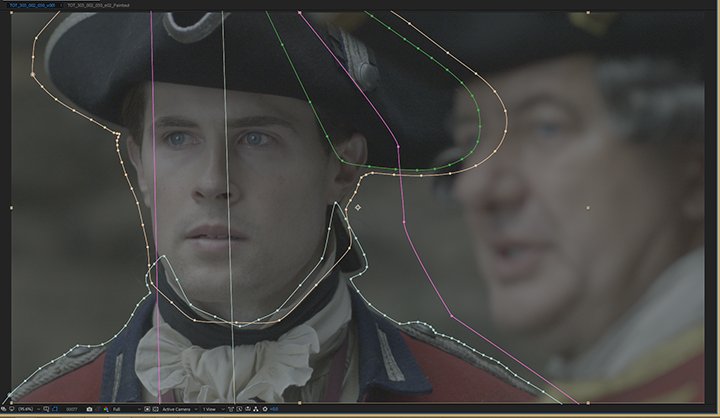 The flexibility of what Barnstorm can accomplish using Mocha is a major draw to the team. “It doesn’t force you into a specific workflow or methodology. The only limitation is how cleverly you utilize it,” ends Deming. “There’s a sense among laypeople that we are these magicians that just always have the answer and can create stuff with the push of a button. In reality there are a lot of times that we don’t know exactly how we are going to accomplish something when we set off, and it’s a process of experimentation and discovery. Whether it’s on set or in post, the crazy stuff that goes into making films is still magical to me. I feel incredibly privileged to be a part of it.”